On this day in history, July 14, 1776, the Howe brothers attempt to negotiate with George Washington. Washington, however, will not receive their letter because it is not addressed properly to "General."

A massive British fleet arrived in New York's harbor in mid-July under the authority of General William Howe and his brother, Admiral Richard Howe. This was the largest British expeditionary force ever assembled, with 300 ships carrying over 40,000 soldiers and sailors. 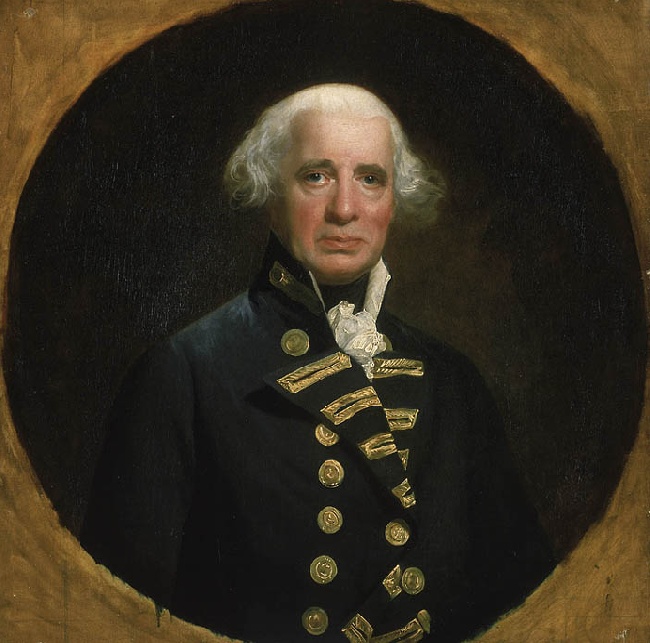 The Continental Army, by this time, was assembled around the New York area, after having successfully driven General Howe out of Boston. The Howes intended to conquer New York militarily if peace could not be reached with the rebel Continental Congress and its army. The Howe brothers, however, were optimistic and naive. They believed reconciliation could be reached and that the colonists would bow to their reasonable demands.

On July 14, 1776, General Howe sent a message to George Washington in New York. The message offered a "pardon" to all who would lay down their arms and pledge allegiance to Great Britain. The letter was addressed to "George Washington, Esq." The letter was delivered to Washington, but shortly afterwards it was returned unopened to the messenger by Washington's aide, Joseph Reed. Reed informed the messenger that there was no one with that title in the army.

Mystified, the messenger returned the letter to General Howe with the message that no one with that title was in the Continental Army. Howe, who was not amused, sent a second letter, this one addressed to "George Washington, Esq., etc.," the etc. meaning… "and any other relevant titles."

Washington rejected the second letter as well, as it was not addressed to "General." He did, however, inform the messenger that he would meet with one of Howe's subordinates if he wished. The meeting, which took place on July 20, was a short one. The Howes were given diplomatic authority only to issue pardons or have discussions with the colonists, but not to negotiate demands. Washington informed Howe's representative that since the Americans had done nothing wrong they were not in need of any "pardons," and since the Howes had no authority to negotiate, the meeting was over, and he dismissed the representative.

Only a month later, General Howe would begin his invasion at Long Island. Long Island, Manhattan and the surrounding area were quickly overcome and Washington and the Continental Army found themselves being chased across New Jersey and into Pennsylvania. The war would drag on for another six years.