George Washington learns he has been elected the first President

On this day in history, April 14, 1789, George Washington learns he has been elected the first President of the United States. The first presidential election under the new US Constitution was held from December 15, 1788 through January 10, 1789. At that time, each state set its own rules for conducting elections and choosing electors for the electoral college, who would then vote for president.

The electors had to be chosen by January 7, 1789. Each state was given a number of electors equal to its number of senators plus its number of representatives in the House of Representatives. Some states chose their electors by popular vote, others were chosen by their legislatures, or by a combination of the two. After the electors were chosen, they were to meet in their respective states on February 4 to cast their votes for president. These votes were then transmitted to New York City, where the federal government was then meeting, to be counted by Congress. 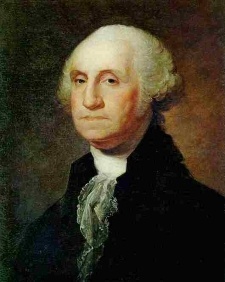 The first Congress began officially on March 4, 1789, but all the members were not yet present. A quorum of members did not exist in the House of Representatives until April 1st and in the Senate until April 6. Since this was the first day that both houses could meet in an official joint session, the electoral college votes were counted on this day.

John Langdon of New Hampshire had been elected President Pro Tempore of the Senate. This was the highest position in the Senate and the leader of the Senate in the absence of the Vice-President. Since there was no Vice-President yet, Langdon took the responsibility of tabulating the votes. He opened, counted and announced the votes to Congress. Once it was determined that George Washington had won and John Adams had come in second, Langdon dispatched a Certification of Election and a letter to each of them to inform them of their victories. 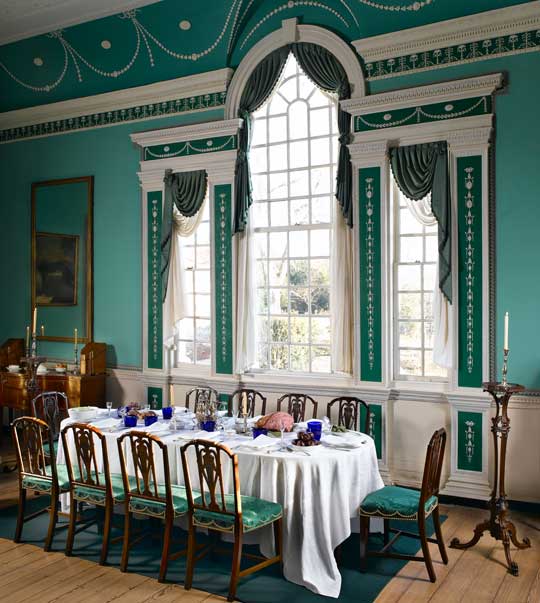 Large Dining Room, Mount Vernon It was here that George Washington learned from Charles Thomson that he had been unanimously elected President.

Washington's letter was sent by the hand of Charles Thomson of Philadelphia, the longtime Secretary of the Continental Congress. Thomson served in this position from 1774 through July of 1789, helping the fledgling government in its first few months before he officially left the office.

Thomson arrived at Mount Vernon on April 14, 1789. He stood in the Large Dining Room in Mount Vernon where he announced to George Washington that he had been unanimously elected the first President of the United States. The humbled Washington immediately wrote a short letter to Senator Langdon that said:

I had the honor to receive your Official Communication, by the hand of Mr. Secretary Thompson, about one o'clock this day. Having concluded to obey the important & flattering call of my Country, and having been impressed with an idea of the expediency of my being with Congress at as early a period as possible; I propose to commence my journey on Thursday morning which will be the day after tomorrow.

I have the honor to be with sentiments of esteem Sir Your most obedt. servt.
G. Washington

Washington arrived in New York City to great fanfare on April 23rd and was sworn in as President on April 30 at Federal Hall.