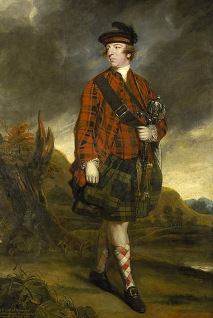 On this day in history, November 7, 1775, what became known as Dunmore's Proclamation was signed by John Murray, 4th Earl of Dunmore and Royal Governor of the Colony of Virginia. This proclamation declared martial law in the colony and promised freedom to all slaves who would leave their Virginia masters and join the Royal army.

Dunmore hoped to reassert his authority in the colony after living aboard a ship at Yorktown for several months when the rebellion started becoming violent. His hopes were never realized, only one or two thousand slaves left to join his meager force of 300 soldiers. Patriot and Loyalist slave owners turned against him. The Virginia Convention issued an amnesty to any slaves who would return home.

The slaves that could fight became part of "Dunmore's Ethiopian Regiment" and only fought in one battle, the Battle of Great Bridge, which the British lost. Many of Dunmore's soldiers died in a smallpox outbreak the following year. In 1776, Dunmore was forced to abandon the colony and he took 300 of the slaves with him back to England.