On this day in history, October 1, 1746, John Peter Gabriel Muhlenberg is born. Muhlenberg was a Lutheran minister who rose to prominence as a general during the American Revolution and was later elected to serve in the US Congress. 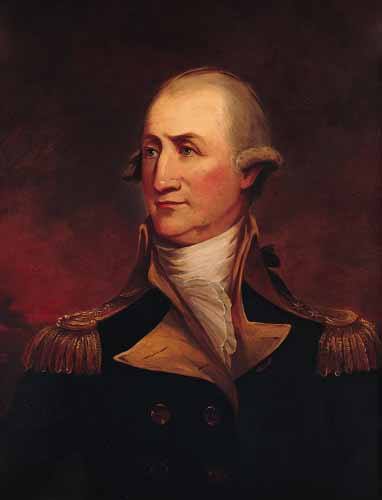 Peter Muhlenberg was born into a minister’s family in Trappe, Pennsylvania. As a young man, he and his brothers were sent to Germany to study. Peter was a rambunctious youth and the teachers recommended that he be trained for business instead of the ministry, as his father had planned. For this reason, Peter was apprenticed to a merchant in Lubeck for some time, a position he hated. Peter eventually ran off and joined the German army for a time and then the British army.

In 1767, Peter returned to Pennsylvania as an assistant to a British officer and left the army to begin studying for the ministry. In 1769, Peter was licensed in the Lutheran church and began serving with his father in New Jersey. Peter married and took a church in Woodstock, Virginia, where he remained until the Revolution began.

Peter became a follower of Patrick Henry and was appointed the head of Dunmore County’s Committee of Safety and Correspondence. In 1774, he was elected to the House of Burgesses and then to the first rebel Virginia Convention. As the war progressed, George Washington personally asked Peter to raise the 8th Virginia Regiment. 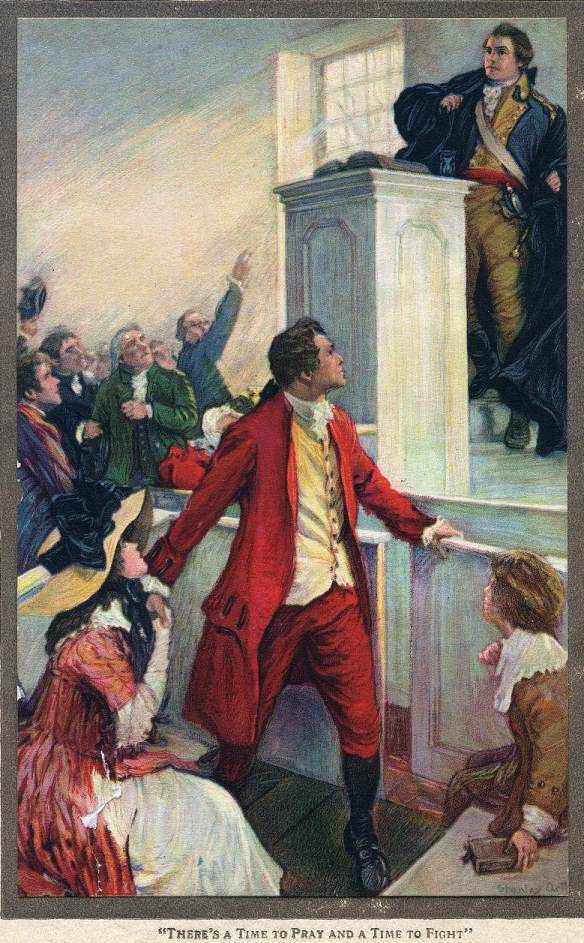 According to legend, Muhlenberg stood before his congregation on January 21, 1776 in his clerical robes and began to preach from Ecclesiastes chapter 3, "To every thing there is a season..." When he reached the 8th verse, "a time of war, and a time of peace," Muhlenberg tore off his robe to reveal a colonel's uniform of the Continental Army underneath. He preached that this was a time of war and encouraged the men in his congregation to join the fight. 162 men joined him that today. The following day, Muhlenberg led the regiment to join the Continental Army.

Muhlenberg's regiment first served on the southern coast, but was then transferred to Valley Forge where he was promoted to brigadier general. Muhlenberg saw action at the Battles of Brandywine, Germantown, Monmouth, Stony Point and Charleston. He was later transferred to Virginia to oversee the state militia and served in Lafayette’s division at the Battle of Yorktown.

After the war, Muhlenberg moved back to Pennsylvania where he served on the Supreme Executive Council of Pennsylvania, several years of which he was Vice-President of the Council, a position equivalent to lieutenant-governor. In 1789, Muhlenberg was elected to the First Congress. His brother, Frederick Augustus Muhlenberg, was elected to Congress as well and became the first Speaker of the House of Representatives. Peter was also elected to the 3rd and 5th Congresses as a Democratic-Republican.

Muhlenberg formed the first Democratic-Republican society, a group of political activists who promoted their views and candidates. These groups spread around the country and helped create our modern notion of grassroots political activity.

In 1801, Muhlenberg was elected to the US Senate, but he only held this position for a few months before President Thomas Jefferson appointed him to the lucrative position of Supervisor of US Customs for Pennsylvania. In 1803, he also became the Collector of Customs for the Port of Philadelphia, a position he held until his death, also ironically on October 1, 1807. Muhlenberg is buried at Augustus Lutheran Church in Trappe, Pennsylvania.

Return to top of John Peter Gabriel Muhlenberg is born