The Battle of Germantown

On this day in history, October 4, 1777, the Battle of Germantown is a loss by the Americans. Rather than a psychological loss to the patriots, the battle proves that the Americans can stand up against Great Britain and even encourages European leaders to believe that Great Britain can be defeated. 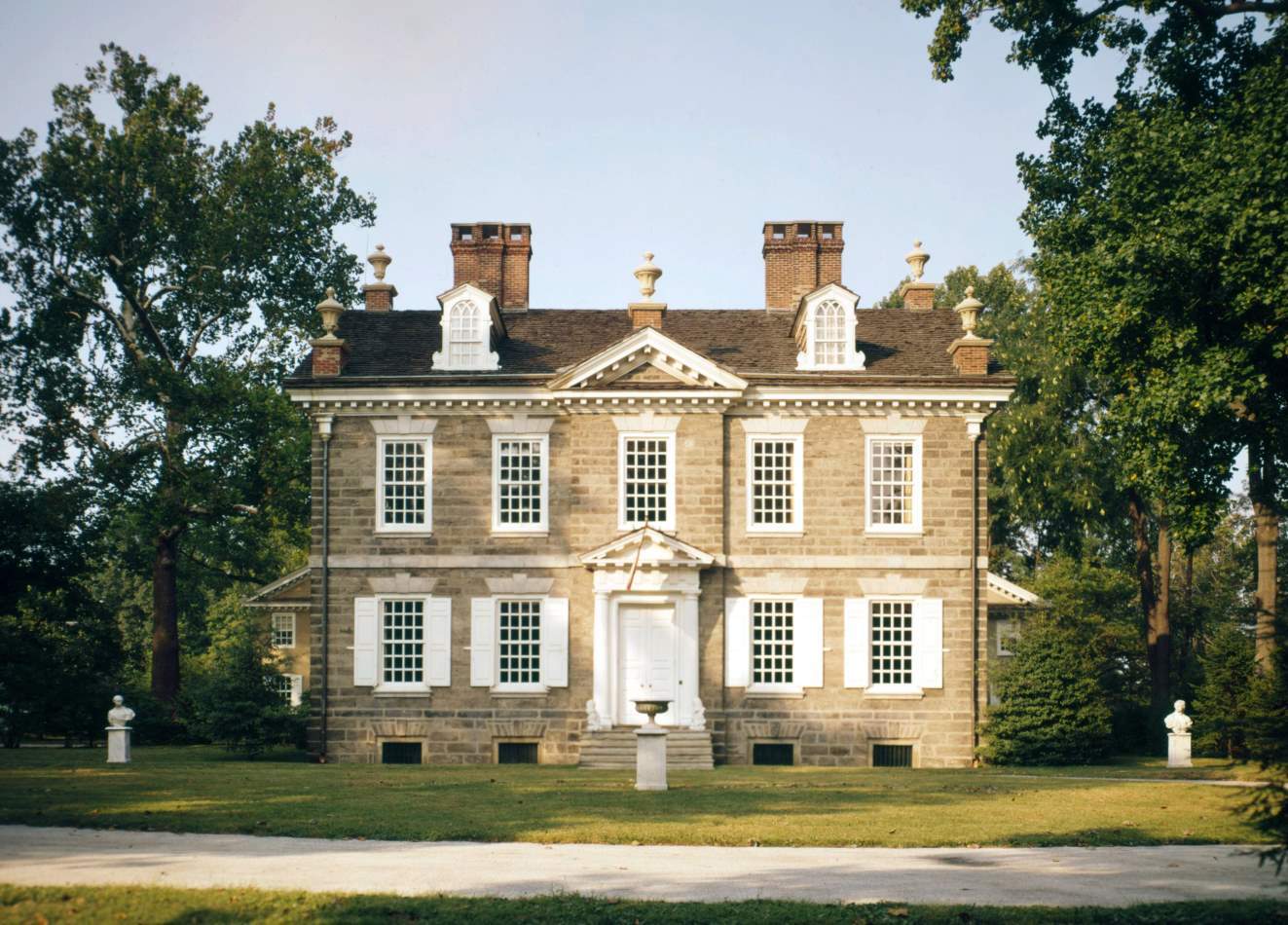 The Battle of Germantown was part of the Philadelphia Campaign, which saw Philadelphia captured by the British on September 26. The Continental Army had suffered defeats trying to protect the city at the Battles of Brandywine and Paoli. After successfully entering the capital, British General William Howe divided his forces, leaving 3,400 in the city and placing the rest of his 9,000 troops north of the city.

George Washington decided to take advantage of Howe's splitting his troops by attacking him at the small town of Germantown, which today is part of Philadelphia, but then was some distance north of the city. Washington planned to attack in the early morning hours of October 4 with four columns of soldiers approaching from different routes.

Generals John Sullivan and Nathanael Greene led the two center columns of Continental soldiers, while the two outer columns were made up of militia from various states. The battle began when Sullivan's column ran into British sentries around 5 am on October 4. The fighting began in heavy fog and the British soldiers were finally overwhelmed and pushed back.

Some of these retreating soldiers holed up in the mansion of Pennsylvania's Chief Justice, Benjamin Chew, which was called Cliveden. Washington decided to attack the house, which turned out to be a disastrous move. An entire brigade was brought to deal with the 120 soldiers in the house, but the defenders managed to hold their ground, inflicting heavy casualties on their American attackers. The stone walls of the house were impervious to American cannon-fire. Valuable time and lives were wasted trying to take the house. 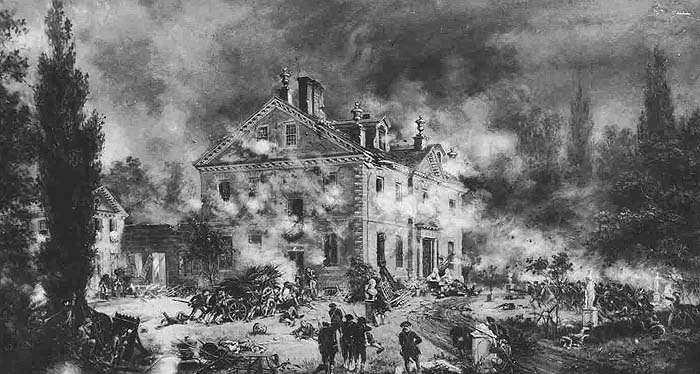 Attack on the Chew House by E.L. Henry

Everything that could have gone wrong went wrong at this point. Heavy fog caused some Americans to take the wrong roads; two American brigades fired on each other in the fog; Sullivan's men who pushed past the Chew mansion were unnerved from the cannon fire coming from behind them. In the fog and confusion, the British began making progress from various directions and the Americans began to retreat, with one entire American regiment surrounded and captured.

European powers were encouraged by the battle. The Americans had suffered some devastating defeats recently, but they still had the courage to face the British. Frederick the Great of Prussia, who was regarded as the top military mind of the age, noted that if these untrained Americans could put up such a fight against the British, just imagine what they could do once they were trained.

The Battle of Germantown, along with the American victory at Saratoga, encouraged France to join the war on the American side, turning the American Revolution into a worldwide war. This stretched the British forces out so thin, as they defended their interests globally, that they could not successfully defend the American colonies, eventually forcing them to capitulate to American demands.

Return to top of the Battle of Germantown