Loyalists win the Battle of the House in the Horseshoe

On this day in history, July 29, 1781, Loyalists win the Battle of the House in the Horseshoe, a battle that took place at the home of North Carolina militia colonel, Philip Alston. Alston and his men had just returned to Alston's home after a failed mission to capture Loyalist militia commander Colonel David Fanning.

David Fanning was notorious for rallying Loyalists together and staging raids on patriot forces throughout North and South Carolina. In the summer of 1781, with British General Charles Cornwallis having taken his army north into Virginia from North Carolina, Fanning was left leading the Loyalists against the Revolution. 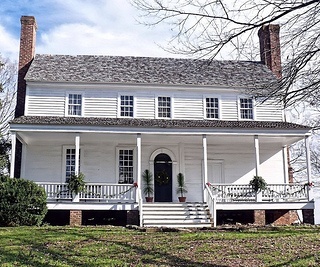 The House in the Horseshoe near Sanford, North Carolina

Colonel Alston lived in a large two-story house in a horseshoe bend of the Deep River near present day Sanford, North Carolina, hence the name, House in the Horseshoe. During the evening of July 28th, Alston's men camped at his home, many of them sleeping on the large porch. Alston's children and wife slept in the house and sentries watched in case Fanning tried to retaliate.

Colonel Fanning meanwhile, learned that two of his friends and supporters had been killed by Alston's men. On the morning of the 29th, Fanning,  with a much larger force, approached the house and took two sleeping sentries hostage. Other sentries, however, noticed the approaching force and raised the alarm. 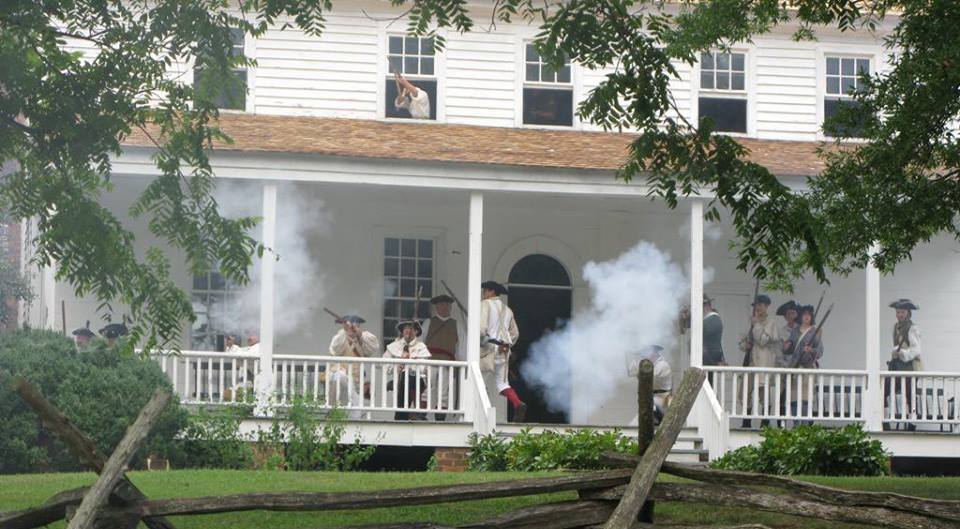 Annual reenactment of the Battle of the House in the Horseshoe at the still standing home in Sanford, North Carolina

Alston's militia quickly took up positions inside and outside the house and a battle began that lasted a few hours. Alston protected his children by making them stand inside the brick chimney on a small table. At one point, Fanning sent a slave with a torch to burn the house, but he was shot down by the defenders. Fanning was close to giving up the battle after suffering several casualties when his men came up with a plan to burn the house down by rolling a cart full of flaming hay into it.

As the cart was being prepared and the hay set alight, Alston realized that his group would not survive if the house was set on fire. He decided to surrender, but knew that if he stepped onto the porch he would instantly be shot. Alston's wife volunteered to go out and negotiate the terms of surrender. She came out bearing a white flag and met with Colonel Fanning. All the defenders in the House in the Horseshoe were allowed to surrender peacefully and then paroled.

Alston was considered a war hero, but later his reputation was tarnished with a "murder" investigation which was later judged to be an act of war, and with his alleged role in the murder of a political opponent. Colonel Fanning left North Carolina after the war and ended up an exile in Canada where he built a shipping business. The House in the Horseshoe is still standing today and is the site of an annual reenactment of the Battle of the House in the Horseshoe, which you can watch below. (It's really intereseting. Don't miss it!)