On this day in history, May 2, 1814, Founding Father Nicholas Gilman dies. Gilman was from a politically prominent family in New Hampshire. His father was a member of New Hampshire's Provincial Congress and served as the state's treasurer during the American Revolution. His older brother John Taylor Gilman served as a soldier in the war. John Taylor would be the first person to read a copy of the Declaration of Independence to the citizens of Exeter in July, 1776. He would also later become a 14 term governor of the State.

In late 1776, the 21 year old Nicholas was appointed adjutant (or chief administrator) of the 3rd New Hampshire Regiment of the Continental Army. The Regiment served in the Battles of Saratoga and saw the surrender of British General John Burgoyne's army there. After this, Nicholas' New Hampshire Regiment reported to Valley Forge and served with Washington for the rest of the war. 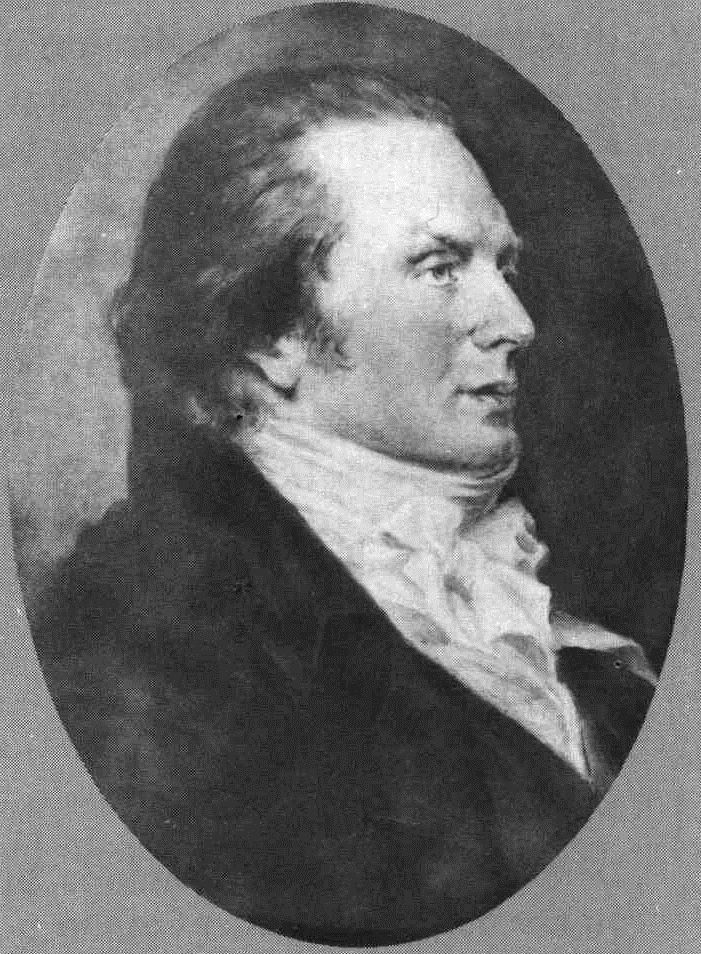 Nicholas' superior officer, Colonel Alexander Scammell, was appointed the Continental Army's Adjutant General and Nicholas became his chief assistant. In this pivotal administrative position, Gilman was in daily contact with George Washington, General Henry Knox, General Nathanael Greene and other key figures. Nicholas saw action in key battles such as the Battle of Monmouth and the Battle of Yorktown. 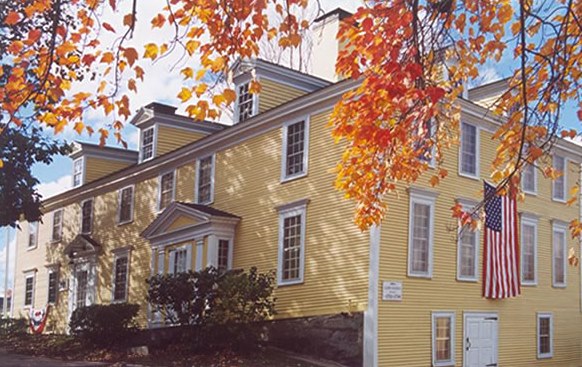 After the war, Gilman returned to Exeter to take over his recently deceased father's business, but he was soon appointed to the Continental Congress. In 1787, Gilman attended the Constitutional Convention and signed the US Constitution. Gilman and his brother, John Taylor, helped secure the Constitution's ratification in New Hampshire on June 21, 1788. New Hampshire was the 9th state to ratify and with this vote the Constitution became law since 9 affirmative votes were needed for adoption.

Gilman was elected a member of the US House of Representatives in the 1st through 4th Congresses from 1789-1797 and to the US Senate from 1804-1814. He also served in several state offices during this time, including as a state legislator and as state treasurer. In 1793 and 1797, he was a presidential elector, and in 1802, he was appointed a Federal bankruptcy commissioner by President Thomas Jefferson. Nicholas Gilman passed away on his way home to Exeter from Washington in 1814.

The Ladd-Gilman House in Exeter still stands today and was the place of Nicholas Gilman's birth. In 1985, an electrician discovered the original copy of the Declaration of Independence brought to Exeter and read by Gilman's brother, John Taylor, to the citizens of Exeter, in the floorboards of the house. This copy of the Declaration of Independence from the original run of copies of the document is now on display in the home, which was purchased and is now operated by the American Independence Museum, whose mission is "Connecting America's Revolutionary past with the present."