John Hancock writes of his arrival in New York City

On this day in history, May 7, 1775, John Hancock writes of his arrival in New York City to great fanfare on his way to attend the Second Continental Congress in Philadelphia. When Hancock arrived there, throngs of people greeted him and the other delegates. He was received with such great honor that people insisted he unhitch his horses from his carriage so they could pull it into town themselves.

Hancock wrote to his fiancee Dorothy Quincy about the events of the day before when he arrived in New York. Hancock had fled Boston along with other patriot leaders shortly before the American Revolution broke out. He and Dorothy were staying in Lexington with Samuel Adams and John's Aunt Lydia Hancock, who had raised him. John and Samuel Adams fled Lexington before the British arrived and made their way to New York on their way to attend the Continental Congress, arriving just outside town on May 6. 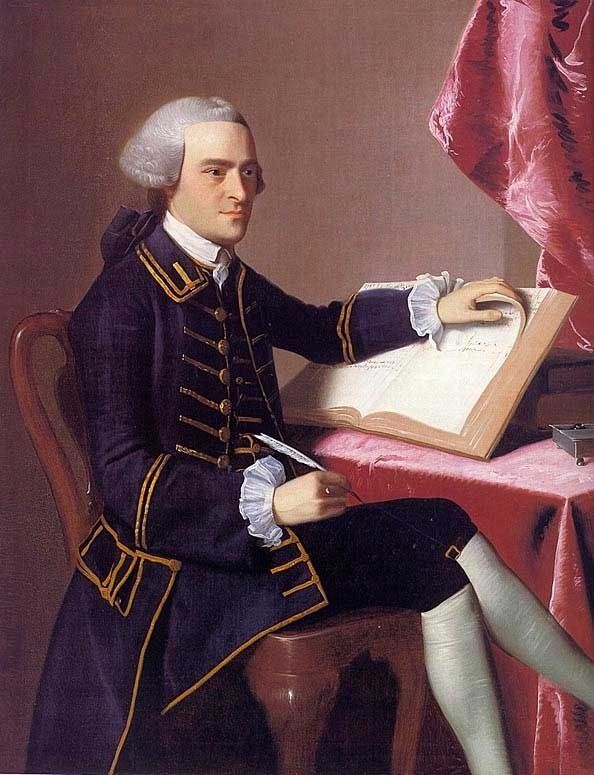 They joined up with the other delegates from Massachusetts and Connecticut there and were greeted by soldiers who would escort them into the city. As they approached town, more soldiers arrived, as well as people in carriages and on horseback. Hancock wrote of being astonished at the thousands of people who came to greet them. 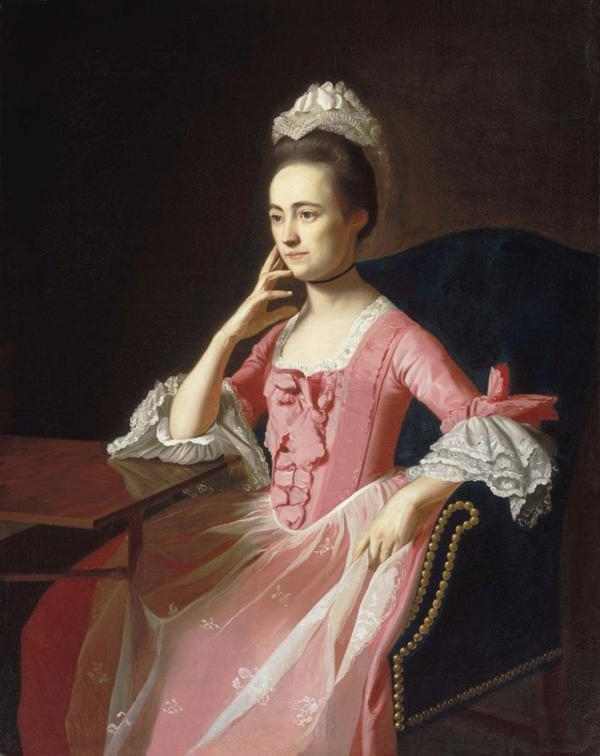 When Hancock was within a mile of the city, his carriage was stopped and people wearing harnesses began unharnessing the horses from his carriage, intending to pull him into town themselves. He was mortified by the suggestion and talked them out of it. As he got to the entrance of the city, where he guessed there were more than 7,000 people waiting, another attempt was made to remove the horses and pull the carriage by the people. Again, he talked them out of it.

Hancock goes on to tell Dorothy where he stayed and what he ate and so forth. He also asks about friends and relatives from Boston and inquired about whether or not they got out of the city, which was then occupied by the British and under siege by the American militia. Dorothy and Aunt Lydia had gone to Fairfield, Connecticut to stay with a family friend, Thaddeus Burr. Burr was an uncle of Aaron Burr, Jr., who would later become Vice-President. Hancock asks Dorothy to write to him every day.

After leaving New York, Hancock travels on to Philadelphia where the Second Continental Congress would hold its first meeting on May 10. On the 24th, he would be elected its first President and a year later he would be the first to sign the Declaration of Independence.

During a break in August of 1775, Hancock would travel to Fairfield and marry Dorothy. They would then move to Philadelphia together to begin their marriage in very unusual circumstances. While in Philadelphia, they stayed in the same inn where many other delegates to Congress were staying. Dorothy was one woman in the midst of a hundred men. Fellow Massachusetts delegate John Adams wrote to his wife Abigail, who was a relative of Dorothy's, that she was very polite and conducted herself quite properly amongst so many men.