On this day in history, September 27, 1778, Baylor's Massacre takes place when dozens of Virginia militiamen are killed or wounded in a surprise attack as they sleep, in what is today River Vale, New Jersey. 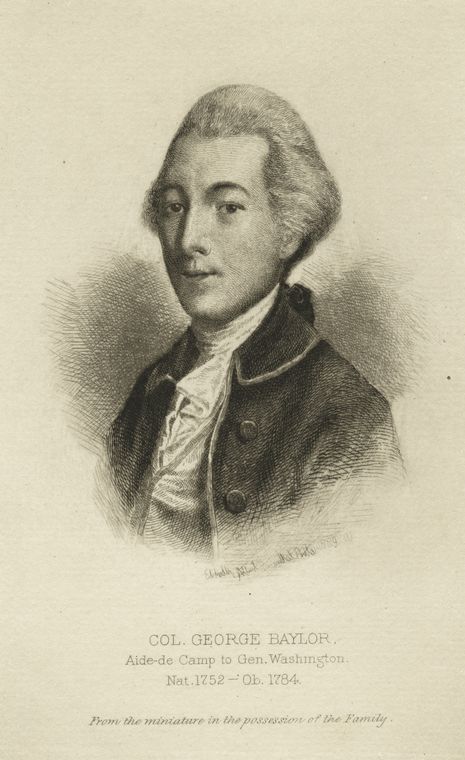 26 year old George Baylor had served as an aide to George Washington before he was given command of the 3rd Regiment of Continental Dragoons. This unit was made up of about 120 Virginia militia and was tasked with escort duty and intelligence gathering. The unit was sometimes called "Mrs. Washington's Guards," because they were often called on to escort Martha Washington.

In the summer of 1778, Baylor's unit was stationed at Paramus, New Jersey. On September 22nd, 5,000 British troops landed at Paulus Hook to engage in foraging operations to gather supplies for the army in New York and for the upcoming invasion of the South.

The American patriots were unsure what the British mission was, so they arrayed their forces in an arc across northern New Jersey to prevent the British from marching up the Hudson. Baylor's unit was part of this arc, and, on the evening of September 27, Baylor's men were stationed at several farms along the Overkill Road in what is today River Vale, New Jersey. The soldiers camped out in six barns that evening, while the officers slept in the houses.

After hearing that American militia were in the area, British General Charles Cornwallis decided to go after them and began marching north. Major General Charles Grey went up another road and the two were to meet in north New Jersey. Along the way, Grey learned of the presence of Baylor's men on Overkill Road from local Tories and decided to go after them immediately. 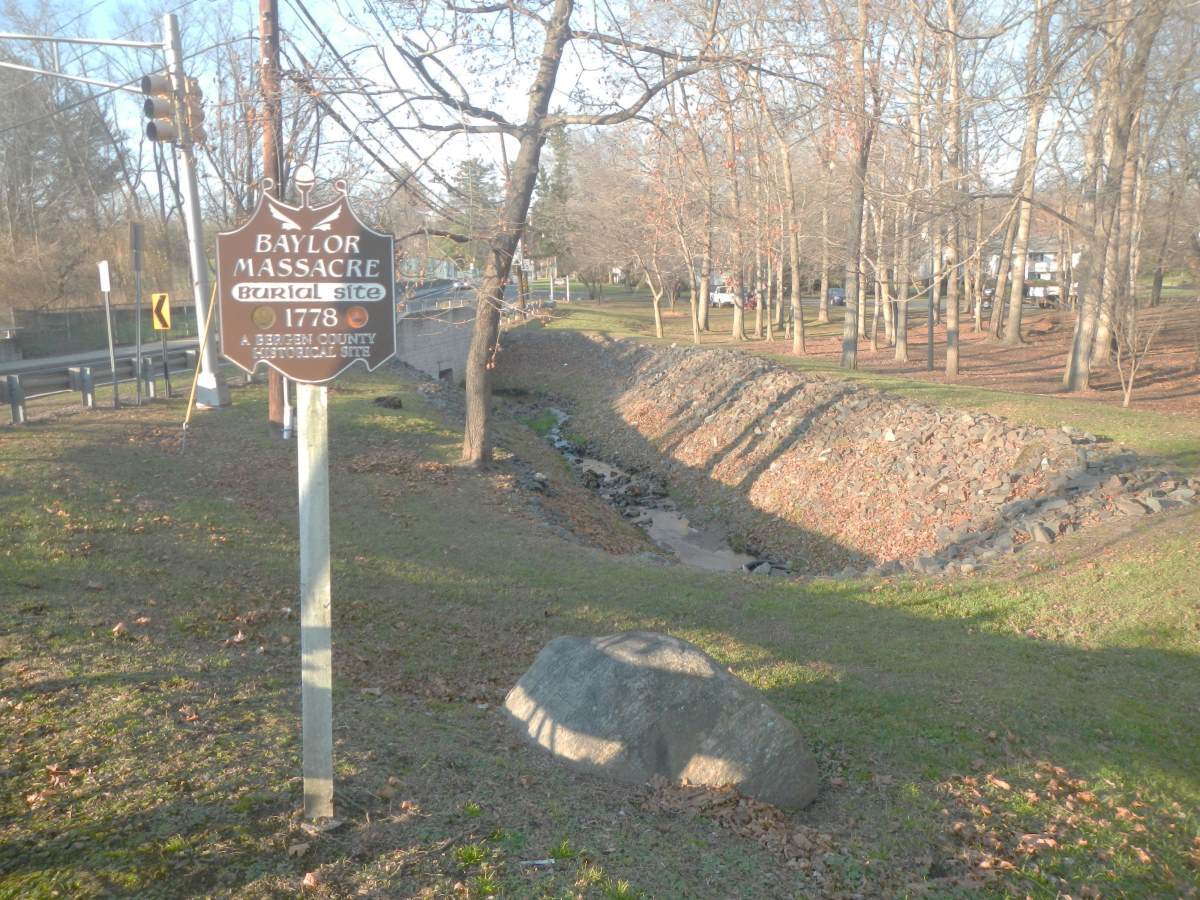 Grey ordered his men to remove their flints, just as he had done at the Battle of Paoli a year before, earning him the nickname, "No Flint" Grey. This would prevent the soldiers from discharging their guns, which would alert the patriots. The Regulars had to rely on their bayonets instead.

A 12 man guard was quickly surrounded and overcome, after which the Regulars proceeded to surround the barns and houses. The incident didn't earn the name "Baylor's Massacre," for nothing. After being ordered to kill anyone they found, the British soldiers stormed the barns and homes, demanding the militia to give themselves up. As the startled soldiers awoke, most tried to surrender, but they were bayoneted even while surrendering. Dozens were wounded and about 15 killed. Many more were captured and a few escaped.

Colonel Baylor and his second in command, Major Alexander Clough, tried to escape the slaughter through the chimney of Cornelius Haring's home where they were lodged. Both were caught though and stabbed. Clough perished, while Baylor survived. He died, however, a few years later as a result of complications from his wounds.

When farmer Cornelius Blauvelt went to his barn the morning after the attack, he found five Americans bayoneted to death and several others wounded but still alive. All of the dead were buried in old tanning vats beside the river on Blauvelt's property, the graves of whom were discovered in 1967.

Unfortunately for the patriots, there were indications that Blauvelt may have been complicit in exposing the location of the militia to the British, including the fact that Blauvelt was a known member of the New Jersey militia and none of his property was damaged or confiscated.

News of Baylor's Massacre quickly spread around the colonies and back to England, inspiring outrage and revenge on the American side, and shame on the British side.