On this day in history, September 29, 1780, British spy Major John Andre is sentenced to death by hanging for his role in the Benedict Arnold treason affair. John Andre was born into a wealthy Swiss family in London in 1750. He joined the military at age 20 and was sent to Canada in 1774, where he was captured by General Richard Montgomery at Fort St. Jean, but later released in a prisoner exchange. 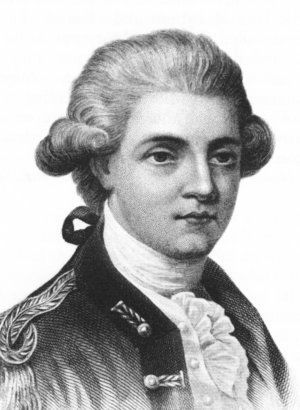 Andre was not only a soldier. He was also an extremely talented artist, poet, singer and songwriter. For this reason, he was promoted quickly through the ranks after his release and became a chief staff member of General William Howe and General Henry Clinton after him. Because of his talents and charm, Andre became a favorite of the elite in New York and Philadelphia society circles.

In 1779, Andre became the Adjutant-General of the British army. This was one of the senior-most administrative positions, overseeing personnel issues and policies. In this role, Andre was given charge of the army's intelligence program and this was how he became involved in the Benedict Arnold affair.

Arnold had grown disenchanted with Congress and his superiors and colleagues in the Continental Army and began negotiating with the British for favors, in exchange for information on American positions and plans. By 1780, a plan was hatched for Arnold to turn over the American fort at West Point, New York, a crucial spot controlling the Hudson River, to the British, in exchange for 20,000 pounds and a general-ship in the British army. 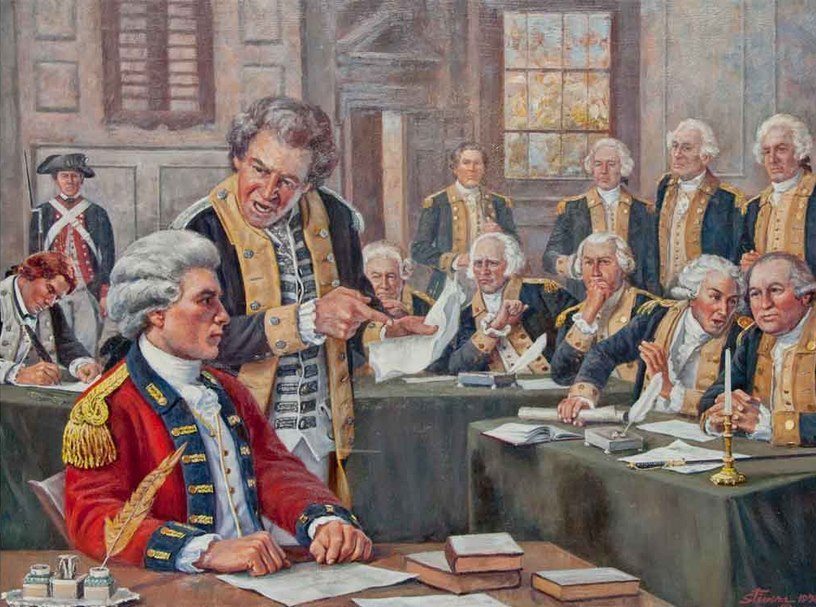 You, Sir, are a Spy! by Don Stivers

Andre directed the intelligence effort with Arnold and met him clandestinely on the evening of September 23 near West Point. Arnold turned over papers detailing the defenses of West Point to Andre who hid them in his shoe and returned to New York. He was captured two days later by 3 inquisitive patriots who found the papers and turned him over to the Continental Army. Arnold escaped safely to the British army.

Andre's case was unique because he held the title of general, but the rank of major. Generals were typically to be held and exchanged, but Congress had ruled clearly that anyone involved in spying was to be hanged. George Washington offered to British General Clinton to exchange Andre for Arnold, hoping to hang Arnold for his treason instead. Clinton, however, failed to respond and allowed one of his best and brightest to go to the gallows.

On September 29, a court was convened to decide Andre's fate. General Nathanael Greene presided over the court, which also consisted of Generals Stirling, St. Clair, Lafayette, Howe, Steuben, Parsons, Clinton, Knox, Stark and others. The court ruled on the same day that Andre was guilty of spying for being behind enemy lines and wearing a disguise based on his own testimony.

Andre wrote a letter to George Washington requesting to be executed by firing squad, as this was considered to be more "gentlemanly," but Washington refused the request. On the morning of his execution on October 2nd, Andre was said to be calm and resigned to his fate. He marched toward the gallows, acknowledging those whom he knew in the large crowd that had gathered.

After his death, Andre was buried at the foot of the gallows. In 1821, Andre's body was removed to England and buried in Westminster Abbey as a hero, alongside other famous British citizens such as Geoffrey Chaucer, Isaac Newton, Charles Darwin, William Wilberforce, Charles Dickens and numerous kings and queens.

Return to top of British spy John Andre is sentenced