On this day in history, July 25, 1750, General Henry Knox is born. Knox was one of George Washington's key leaders over the Continental Army and one of his most trusted advisers. Henry Knox was born in Massachusetts and was a member of the militia from the age of 18. Knox apprenticed in a bookstore and eventually opened his own bookstore, the "London Bookstore," in Boston. He used his proximity to books to train himself in the art of war, especially artillery and engineering.

Knox observed the Boston Massacre and tried to encourage the soldiers involved to go back to their barracks before any violence occurred. He also testified in the trial of the soldiers. He became involved in the Sons of Liberty in Boston and was a sentry guarding the tea ships from unloading during the Boston Tea Party crisis. 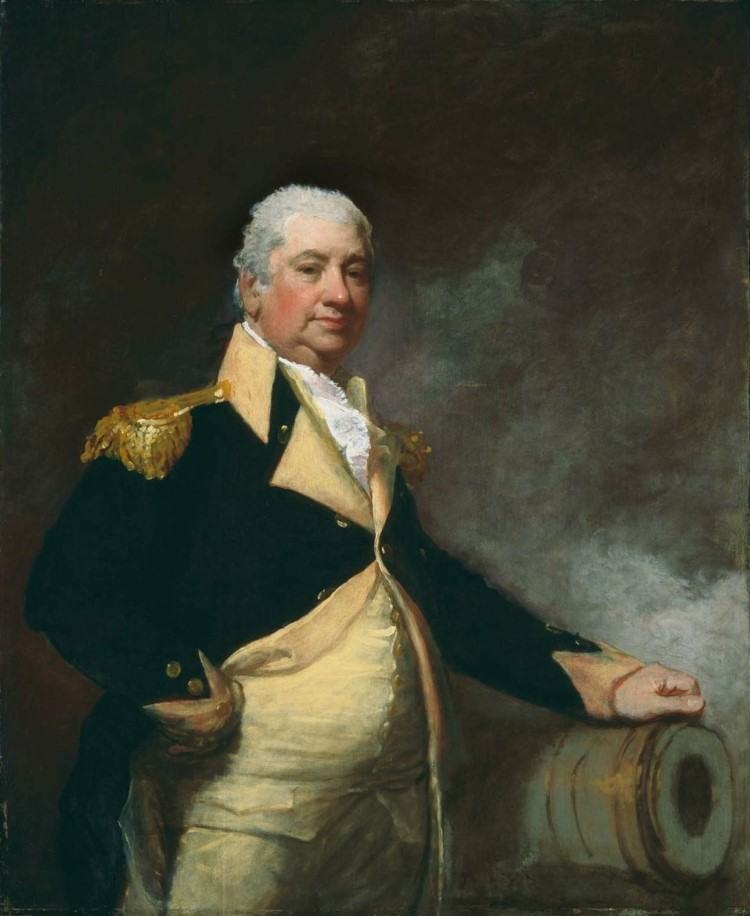 When the first shots of the Revolution were fired, Knox joined the Siege of Boston and oversaw cannon fire at the Battle of Bunker Hill. Knox's artillery and engineering skills brought him to the attention of George Washington who tasked him with bringing the captured cannon from Fort Ticonderoga to Boston. When placed on Dorchester Heights above the city, the British were forced to flee Boston once and for all.

Knox was made a Major General and took part in most of the major battles in the north, including the Battles of Long Island, Trenton, Princeton, Brandywine, Germantown and Monmouth. During the war, Knox started the army's artillery and officer training school, the precursor of the United States Military Academy at West Point. Knox also participated in the Battle of Yorktown, personally overseeing the placement of artillery on the field. 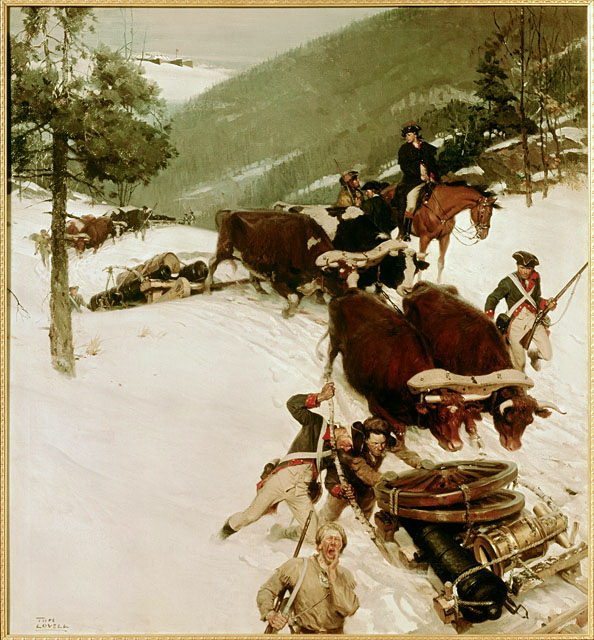 After the war, Knox was promoted to Brigadier General and helped oversee the downsizing of the army. He became Secretary of War under the Articles of Confederation government. When the new US Constitution took effect, Knox became the United States' first Secretary of War under George Washington. In this position, he oversaw the organization and expansion of the army and navy. He was also the government's chief representative to the Indian nations. Knox generally treated the Indians fairly and as sovereign nations, but in later years he was partly responsible for a series of Indian wars in the Northwest Territory to protect American settlers, which tarnished his reputation.

Knox finally retired in 1795 and moved to Thomaston, Maine (then part of Massachusetts). There Knox assembled a vast real estate empire and dabbled in numerous industries, such as shipbuilding, brickmaking and farming. Poor business decisions, however, led to large amounts of debt. Knox was forced to sell off much of his landholdings and he again hurt his reputation by kicking out tennants who could not pay their rent.

On October 22, 1806, Knox was visiting with a friend when a chicken bone got stuck in his throat. The injury became infected and he passed away at home on the 25th, debt-ridden.  Knox is the founder of the Society of the Cincinnati, a society for Revolutionary War officers and their descendants. He is also the namesake for Fort Knox, the location of the United States Bullion Depository.

Return to top of General Henry Knox is born