The Siege of Yorktown begins

On this day in history, September 28, 1781, the Siege of Yorktown begins when George Washington leads the American and French armies out of Williamsburg to attack British General, Lord Charles Cornwallis. 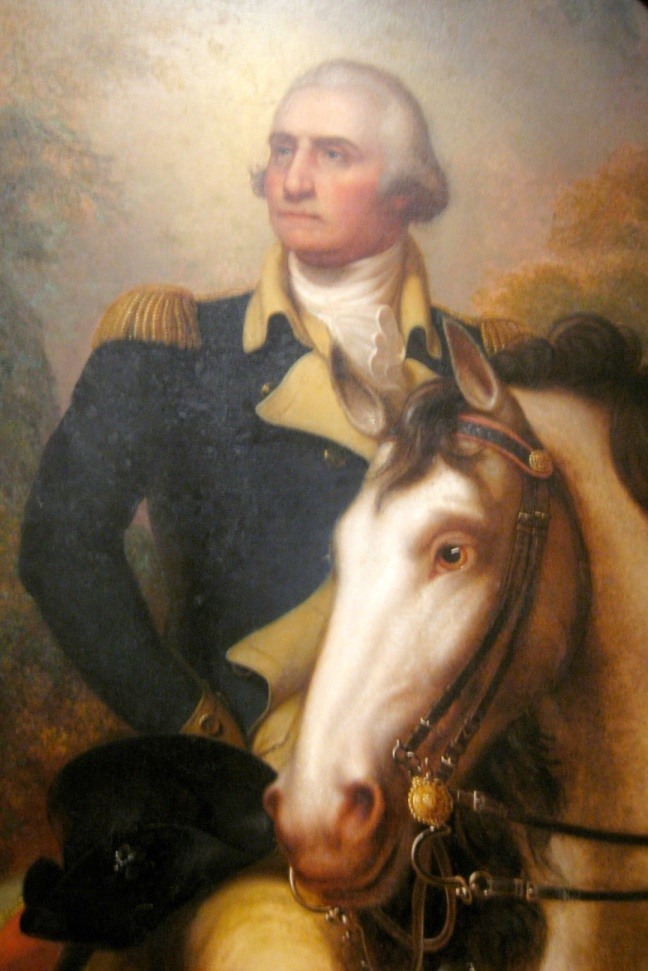 In the summer of 1781, George Washington and his Continental Army in New York were faced with an important decision. Should they attack the British headquarters in New York City, or should they attack the army of Cornwallis in Virginia? 5,500 French soldiers had arrived in Rhode Island the year before and united with Washington's army. French General, the Comte de Rochambeau recommended an attack on Virginia, but the decision was Washington's to make.

A letter from French Admiral, the Comte de Grasse, inspired Washington's final decision. De Grasse would arrive in Virginia from the West Indies with a fleet of French naval ships and more soldiers toward the end of August. Washington immediately decided to march south and join him. 7,000 French and American soldiers began the march from New York on August 19. Washington arrived in Williamsburg, Virginia, only 13 miles from Yorktown on September 14.

General Cornwallis had occupied Yorktown during the summer, on instructions from his superior, General, Sir Henry Clinton in New York, to build a deep water port on the Virginia coast. Cornwallis built up a series of defenses around the city and a few British ships in the river gave defense as well. 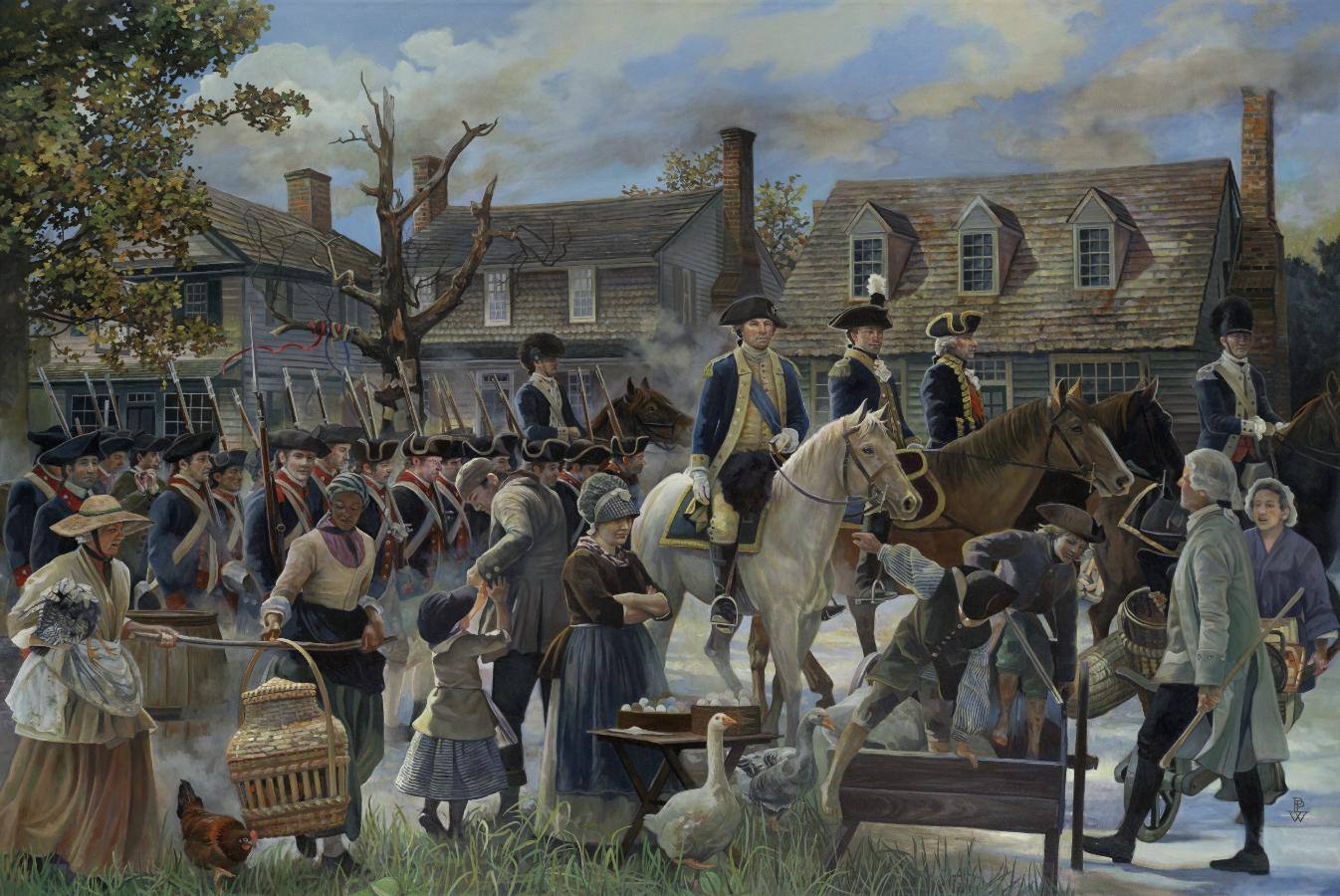 As Washington marched out of Williamsburg on September 28, he led 7,800 French soldiers, 8,000 American Continental soldiers and 3,100 militiamen, for a total of almost 19,000 men. General Cornwallis had 9,000 soldiers within the defense works around Yorktown. Nearly a third of all the participants were German conscripts or Americans of German descent.

Over the next two weeks, the Americans waged an ever tightening ring of fire around Yorktown, moving closer and closer and confining the British more tightly. A continuous barrage of American fire power rained down on the city for weeks. Cornwallis held out hope that another fleet with reinforcements would arrive from New York, but when word arrived that a fleet would not depart from New York until October 12, Cornwallis knew he would not last that long.

On October 16, Cornwallis met with his officers and the decision was made to surrender. The following morning, a soldier with a white flag approached the Americans and the surrender negotiations began. On October 19, the official surrender took place. Lord Cornwallis refused to attend the surrender ceremony, sending his second, Brigadier General Charles O'Hara in his place.

The Siege of Yorktown was the last major land battle of the Revolution in the colonies, although skirmishes and smaller engagements continued for some time. The surrender at Yorktown took away Parliament's desire to continue the war and peace negotiations began early in 1782, with the final Peace Treaty of Paris signed to end the war on September 3, 1783.

Return to top of the Siege of Yorktown begins