On this day in history, August 30, 1781, the French fleet arrives at the Chesapeake Bay to assist the Americans in their assault on British General Charles Cornwallis and his 9,000 troops at Yorktown, Virginia. The arrival of the fleet under Admiral Francois-Joseph Paul, the Comte de Grasse, played a decisive role in the British defeat at Yorktown.

In the summer of 1781, George Washington sat outside New York City, planning his next move against the British. He could either attack the main British headquarters at New York City, or he could attack Cornwallis' army in Virginia. French General Jean-Baptiste Donatien de Vimeur, Comte de Rochambeau, sat at Newport, Rhode Island with 6,000 troops. The Marquis de Lafayette shadowed Cornwallis in Virginia with another 4,500 troops. Admiral de Grasse was in the West Indies with 28 ships and 3,000 soldiers. 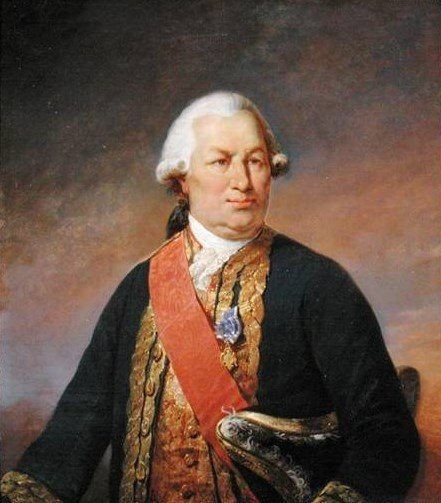 Washington and Rochambeau met in Wethersfield, Connecticut on May 22 to examine the options. Washington favored an attack on New York, while Rochambeau favored an attack on Cornwallis in Virginia. Both wrote letters to de Grasse, asking him to come and assist them. De Grasse received orders from France to sail for America, but he chose to go to Virginia, which was closer. When Washington and Rochambeau found out de Grasse's plans, they immediately began marching their combined armies to Yorktown, while leaving some troops around New York to pretend they were preparing an attack on the city in order to fool the British about their real destination, a ruse which worked. 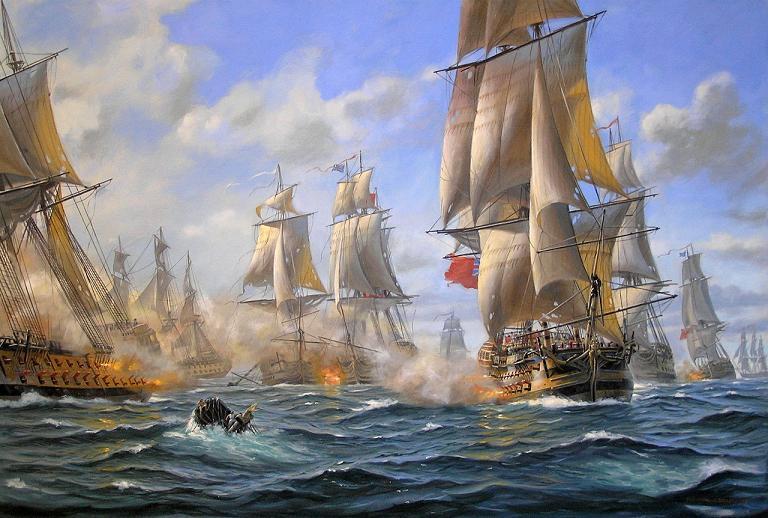 Battle of the Chesapeake by Patrick O'Brien

De Grasse arrived at the Chesapeake Bay on August 30, 1781, five days after a smaller British fleet arrived there looking for him. When the British fleet, under Admiral Samuel Hood, did not find de Grasse there, it sailed on to New York. De Grasse began unloading his troops, but on September 5th, a British fleet of 19 ships appeared off the capes. This fleet, under Admiral, Sir Thomas Graves, was expecting to find a much smaller French fleet that had left Newport, Rhode Island and had been instructed to rescue Lord Cornwallis and his army if necessary.

The presence of the French fleet blockading the bay made the rescue of Cornwallis impossible. The two fleets engaged in the Battle of the Chesapeake on the 5th, which was a decisive French victory. As the two sides maneuvered for the next two days, French Admiral Jacques-Melchior Saint-Laurent, Comte de Barras, arrived from Newport and slipped into the bay with 8 ships bearing heavy artillery and siege equipment. The heavily damaged British fleet was forced to flee back to New York for repairs.

Later in September, Washington and Rochambeau arrived with a combined 10,000 soldiers. Washington met with Admiral de Grasse on his 104 gun flagship, the Ville de Paris, on September 14 and expressed his warmest thanks for his assistance. The Siege of Yorktown lasted for about 3 weeks before General Cornwallis surrendered his 7,000 man army to the Americans. From New York, British Commander-in-Chief, General, Sir Henry Clinton, sent another small fleet with reinforcements for Cornwallis, but the fleet did not arrive at Yorktown until October 24th, 5 days after Cornwallis surrendered.

Return to top of French fleet arrives at Chesapeake Bay