On this day in history, September 1, 1777, McCulloch's Leap goes down as one of the greatest escapes of the American Revolution, when Major Samuel McCulloch jumps over a 300 foot cliff from attacking Indians to safety. 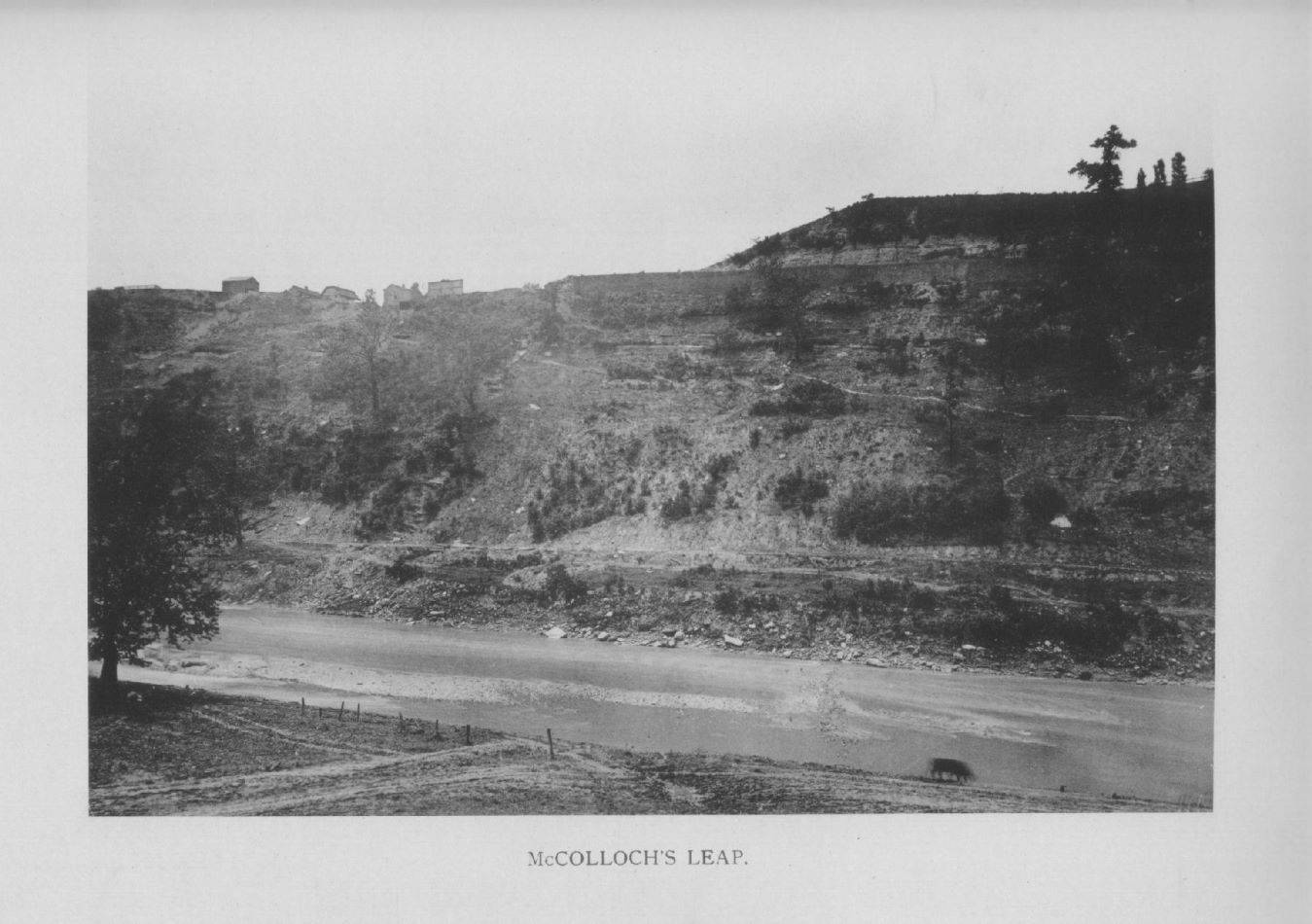 Fort Henry had guarded the small village of Wheeling from Indian attack, in what was then part of Virginia, since 1774. The Ohio Valley tribes, aligned with the British, began a new campaign against the frontier settlements in the summer of 1777. Fort Henry was fortified and prepared, having received intelligence that it would be a target. On August 31, a party of 200 Mingo, Wyandot and Shawnee attacked the village and the fort. Most of the 25 or so families from Wheeling got to the fort safely.

Several messengers were able to get away and inform other nearby forts that Fort Henry was under attack. Captain Van Swearingen soon arrived from nearby Cross Creek with forty men on horses. They successfully fought their way to the fort, swelling its number of defenders. Other reinforcements arrived from Fort Shepherd and Fort Holliday.

On September 1, Major Samuel McCulloch arrived from Fort Van Metre with another 40 men. As they raced to the gate of the fort, the Indians attacked in full force. As some of the men were forced into hand-to-hand combat, McCulloch waited till the last to make sure they were all inside the fort. With the Indians getting very near the open doors, the settlers inside were finally forced to close the gates, leaving McCulloch alone on the outside. 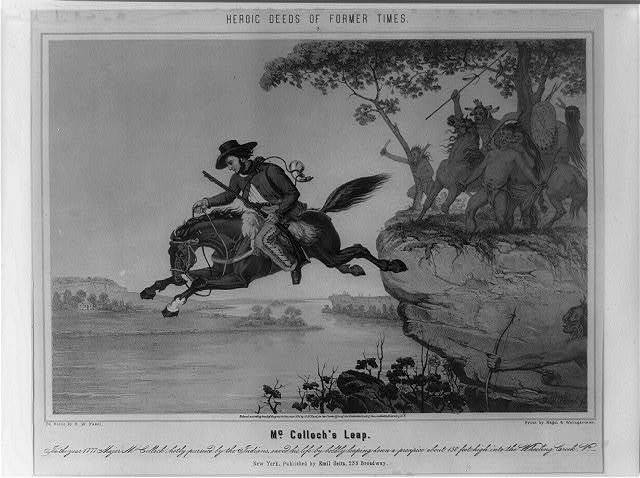 McCulloch took off in the direction of nearby Wheeling Hill being pursued by the Indians. He was not fired upon because the Indians wanted to take him alive. Every Indian knew McCulloch, who was a notorious and feared Indian fighter on the frontier.

As McCulloch galloped along the crest of the hill, a 300 foot precipice on one side and a band of Indians chasing him from behind, he was confronted with another group of Indians to his front, who were just arriving to help with the siege of the fort. Now surrounded and with no way of escape, McCulloch knew his capture would mean the most excruciating torture. He made an instant decision to go over the edge of the precipice. Dying on the way down would be easier than being tortured at the hands of the Indians.

McCulloch held the reigns with his left hand and his gun in his right hand and spurred his horse over the edge. It is said that they did not hit ground until half way down the hill, which is nearly vertical. The rest of the way, they slid down the almost 90 degree hill, being pummeled with branches and stones until they hit bottom, but McCulloch's horse never lost his footing.

At the bottom of the hill lie Wheeling Creek. The stunned Indians watched McCulloch cross the creek and ride away in amazement. The Indians continued the siege of Fort Henry only for another day or so. With the reinforcements that had already arrived and those that McCulloch would likely bring back with him, continuing was futile and they gave up the mission. McCulloch's Leap has gone down as one of the bravest escapes of the American Revolution and, indeed, in all of the history of warfare.

Return to top of McCulloch's Leap