On this day in history, September 7, 1776, the American Turtle attacks HMS Eagle in the first naval attack ever made in a submarine. The Turtle, also called the American Turtle, was designed by David Bushnell of Westbrook, Connecticut in 1775. While a student at Yale in the early 1770s, Bushnell studied the use of underwater explosives and incorporated their use into a submersible ship that could attach explosives to British ships.

Bushnell's submersible was recommended to General George Washington by Connecticut Governor Jonathan Trumbull. Washington provided some money for the sub's development, although he was skeptical. The Turtle, so named because of how it looked underwater, was 10x6x3 and had room for one man, who could propel the sub's propeller with his feet. 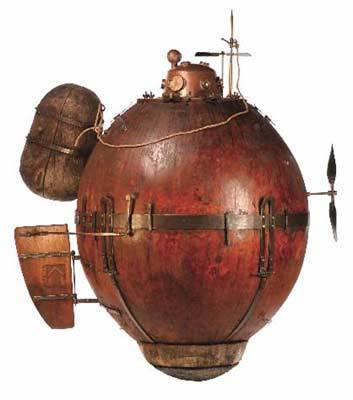 The sub had small windows in the top to let in light when it was not fully submerged, but when submerged, a naturally glowing bioluminescent piece of cork provided light!  It also had a water tank for ballast to enable the sub to submerge. It was made of wood and covered with tar with steel bands for reinforcement. 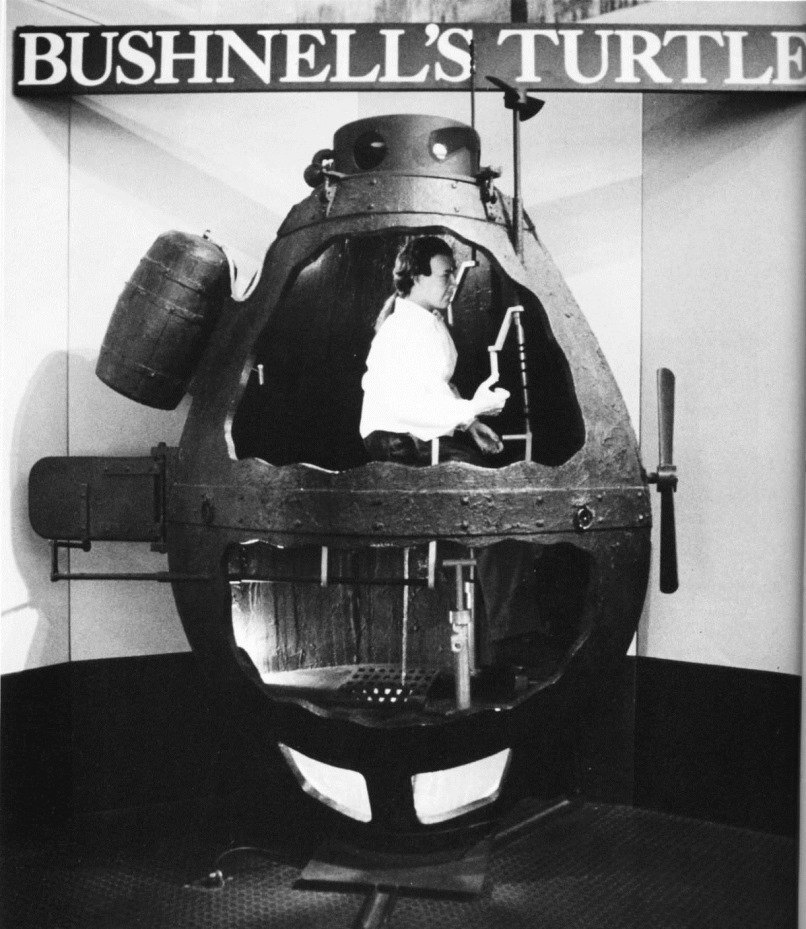 The Turtle was brought to Long Island Sound in the fall of 1776 for final testing with its volunteer operators. After western Long Island was taken over by the British, the Turtle was transported overland through Connecticut to New York Harbor which was still in American hands. General Washington gave permission for the Turtle's first mission on September 6. Sergeant Ezra Lee left at 11pm that night and pedaled for 2 hours toward British General William Howe's flagship, the HMS Eagle.

Early on September 7, Lee's first attempt to secure the explosives to the Eagle by boring a hole in the ship's side failed because he hit a metal plate probably used to secure the ship's rudder to the hull. When he made a second attempt, he was unable to keep the Turtle submerged and the sub floated to the surface. Realizing that he had failed and that he could be discovered, Lee gave up and headed back to safety.

British soldiers on Governor's Island saw the sub fleeing and rowed out toward it. Lee released his explosive "torpedo," hoping the soldiers would try to retrieve it. They didn't and the charge blew up in the East River, blowing plumes of water and debris sky high.

The Turtle's attack on the Eagle was the first recorded use of a submarine in naval warfare. George Washington wrote that the invention was ingenious, but contained too many variables to be controlled. The Turtle was used again in another attempt to blow up a British ship on October 5, but this one failed when the ship's watchman saw it coming. A few days later, the Turtle went down when the ship that carried it was sunk by the British off the New Jersey coast. Bushnell claimed to have recovered the Turtle, but no one is sure whatever happened to it.

Return to top of the American Turtle attacks the HMS Eagle