On this day in history, September 13, 1739, Brigadier General Andrew Pickens is born. Pickens was one of the great military leaders of the South during the American Revolution, who would also be elected to Congress and be famed as a negotiator with southern Indian tribes.

Andrew Pickens was born in Pennsylvania, the son of French Huguenots who had immigrated from France to Scotland to Ireland and finally to America. Pickens traveled south along the Great Wagon Road that took many Scots-Irish families south to the Carolinas and settled in the Waxhaws region of South Carolina, later moving near the Georgia border. 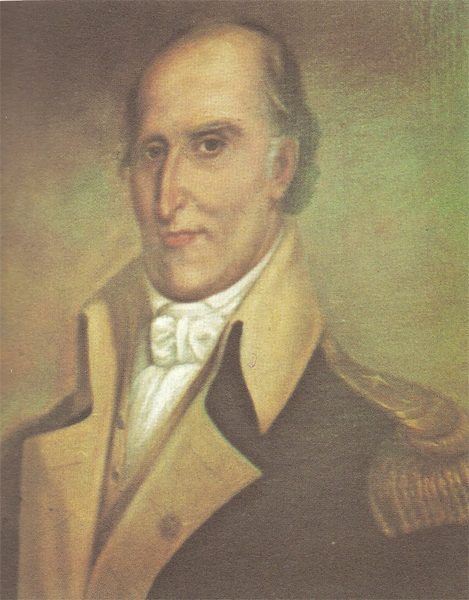 Pickens became a successful farmer and trader with local Indians. He gained military experience in the Cherokee Wars of the early 1760s, but was especially known for personally having good relations with the Indians.

When the American Revolution began, Pickens became a captain in the patriot militia. He served in numerous battles, such as the Siege of Ninety-Six, the Snow Campaign against Loyalist organizers, the Williamson Campaign against the Cherokee and the Battle of Kettle Creek. 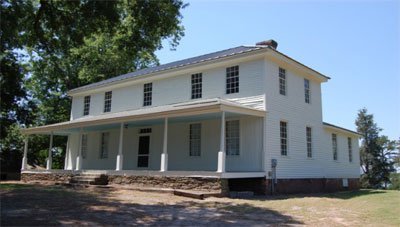 Pickens surrendered after the Battle of Charleston that captured the city and agreed not to fight the British any more in order to be paroled, as many South Carolinians did. The parole did not last, however. Pickens joined the fight again after his home was wrecked by Loyalists and his family threatened. Pickens earned a ceremonial sword from Congress and a promotion to brigadier general for his role in the Battle of Cowpens. Pickens then took place in the siege that took back Augusta from the British and the last major battle in the south, the Battle of Eutaw Springs.

After the Revolution, Pickens built a home on the Keowee River called Hopewell Plantation where he lived for many years. Pickens' reputation as a friend of the Indians only increased in the decades after the Revolution, as he was called upon time and time again to negotiate with the Chickasaws, Creeks, Cherokees, Chickamaugas and Choctaws. Pickens was so well regarded by the Indians that he earned the nickname "Skyagunsta," or "Wizard Owl." This was the name of a great Cherokee chief who died shortly before the Revolution began, who was known for being a great warrior, but also for making peace with the British.

In his later years, Pickens built a home near the site of a Cherokee village called Tamassee, near the location of a famous battle Pickens won early in the Revolution, called the "Ring Fight." Pickens won the fight by ordering his men, who were outnumbered 7 to 1, to stand in a circle and fire their guns outward at any attackers. Pickens lived at Tamassee in his "Red House," until his death in 1817.

Return to top of Brigadier General Andrew Pickens is born