US Constitution is adopted

During the American Revolution, the Continental Congress created the Articles of Confederation as the first governing document of the unified colonies. Over time, the Articles proved to be too weak for the government to function. The Articles gave Congress authority over trade, foreign relations and war, but it did not give Congress sufficient power to compel the states to comply. 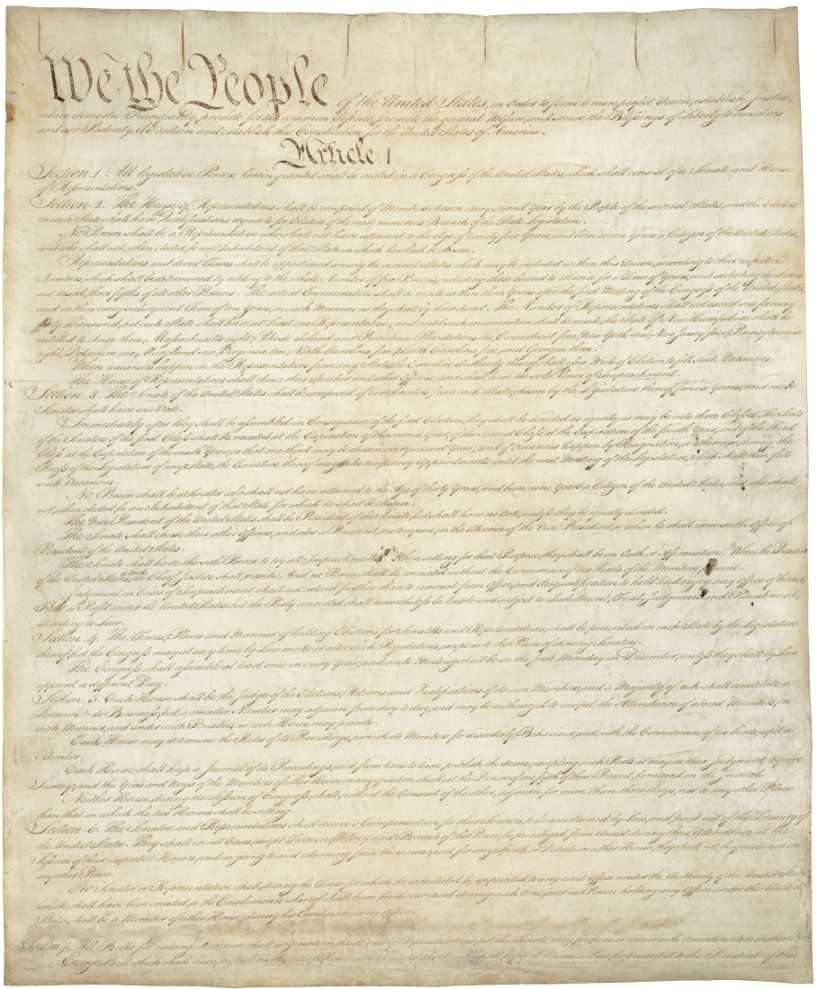 Representatives from several states met at Annapolis, Maryland in 1786 to discuss some of the failed aspects of the Articles. They wrote a letter to Congress and the states requesting that a new convention be held to revise the Articles so the government would be strong enough to function.

Delegates converged on the Pennsylvania State House, now called Independence Hall, in Philadelphia, in May of 1787. This was the same place Congress had met during the Revolution and created the Declaration of Independence and the Articles of Confederation. The delegates, including such people as Roger Sherman, Elbridge Gerry, Alexander Hamilton, Ben Franklin, James Madison and Gouverneur Morris, chose George Washington to serve as President of the Convention. 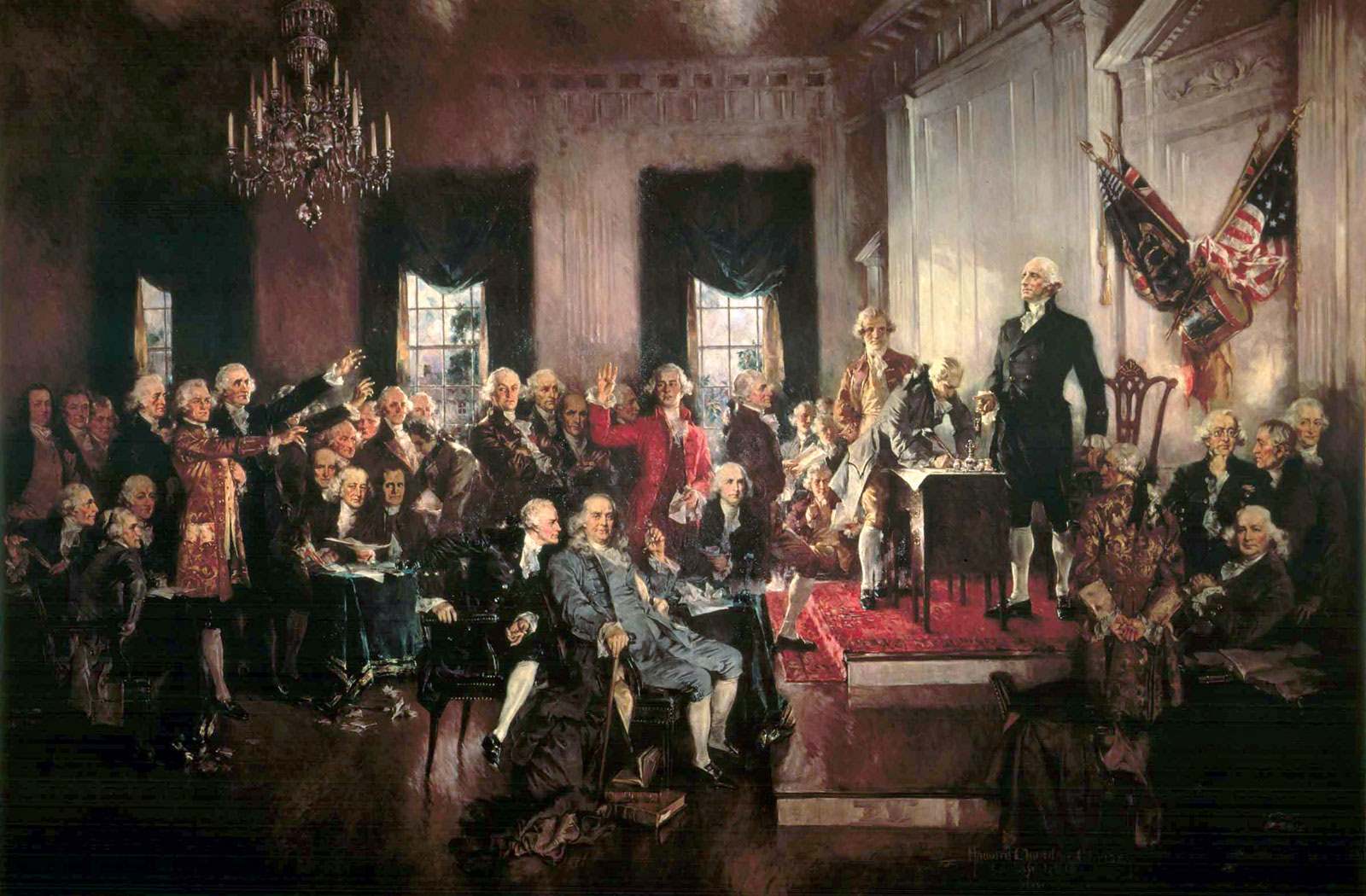 Right from the start, the Philadelphia Convention did away with the idea of reforming the Articles of Confederation, instead choosing to write an altogether new constitution. The delegates debated the plan for four months, dealing with such questions as states' rights vs. federal power, slavery, foreign affairs, the scope of presidential powers and the balance between the interests of small states and large states.

In the end, a single executive, the President, was chosen to enforce the laws of Congress, which would be made up of a lower house, the House of Representatives, with delegates apportioned by population, and an upper house, the Senate, where each state was represented equally. A Supreme Court and federal judiciary would judge all matters of controversy.

On September 17, 1787, the Congress adopted its final version of the new Constitution and 39 delegates signed the document. Over the next two years, each state held its own ratification convention and debated the merits and weaknesses of the Constitution. The Constitution required that 9 of the 13 states ratify it in order for it to become law. On June 21, 1788, New Hampshire became the 9th state to ratify and the Constitution became the law of the land.

The first Congress and the new government began meeting on March 4, 1789. George Washington would be inaugurated President in April. By the fall of that year, a bill of rights containing protections for many basic rights, such as freedom of speech, religion, assembly, the right to bear arms, and many others, was proposed for addition to the Constitution. The first ten amendments, known as the Bill of Rights, were added to the Constitution and became law on December 15, 1791.

Return to top of US Constitution is adopted