On this day in history, September 21, 1776, the Great Fire of New York of 1776 burns down much of the city, less than a week after it was occupied by the army of British General William Howe. Howe marched into the city on September 15 unopposed. George Washington and the Continental Army had been in the city, but realized it was indefensible and retreated to the north of the island a few days before.

Upon leaving the city, Washington was encouraged to burn New York to the ground to prevent the British from using it as a base of operations. Such prominent people as Nathanael Greene and John Jay advocated the burning of the city. Washington, however, wrote to Congress and asked their wishes. Congress told him that abandoning the city was reasonable, but not to burn it. 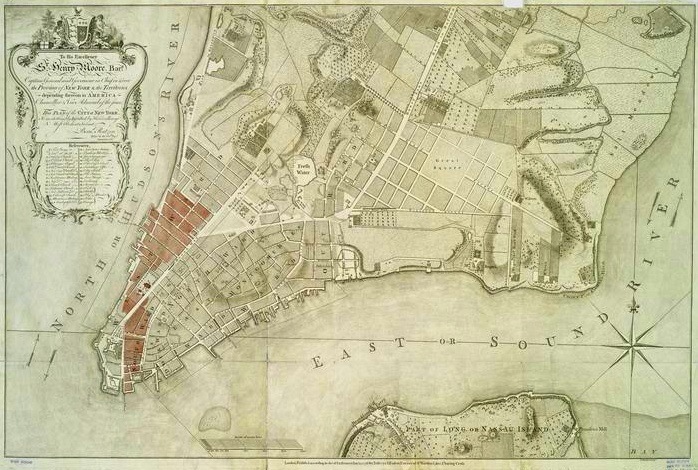 New York at this time was only a city of 25,000 people, confined to the lower tip of Manhattan. On the evening of September 21st, a fire started at the Fighting Cock's Tavern in Whitehall. The fire quickly spread to neighboring buildings by embers carried on the wind. Within hours, businesses, homes, churches and schools were burning. The panicked citizens fled into the streets carrying whatever belongings they could. By the time the fire burned itself out, somewhere between 10% and 25% of the city had burned to the ground and many of the remaining structures had been looted.

British General Howe suspected the rebel patriots of setting the fire and arrested more than 200 patriot sympathizers. Many patriots had fled the city, though, when the British occupation began. This led some to suspect it was started by the British as an act of revenge against the colonists. Others speculated the fire was begun to provide cover for thieves to loot the city. 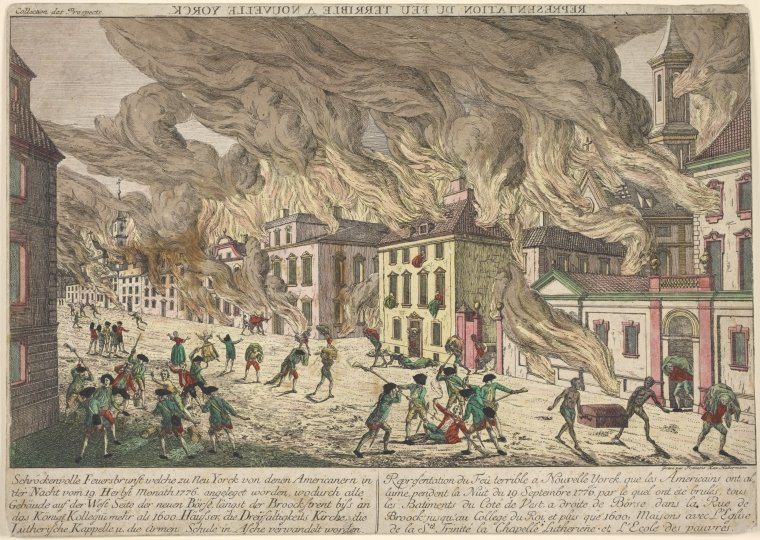 The Great Fire of New York, 1776 by Franz Xaver Habermann

Historians have never been able to determine who started the Great Fire of New York of 1776. There was evidence of arson. Alarm bells were mysteriously missing; fire-fighting equipment was found damaged and useless and many of the city's public watering cisterns were mysteriously dry.

George Washington wrote to John Hancock, then the President of Congress, that he had instructed no one to set the fire, but that "Providence—or some good honest Fellow, has done more for us than we were disposed to do for ourselves."

After the fire, refugees from the burned areas set up tent cities and lived in squalor. Thousands of Loyalist refugees from other areas flooded into the city as well, putting even more pressure on the damaged infrastructure of the city. New York would remain in this condition, with much of the city lying in ruins for years to come.

The British did not leave New York City until the very end of the Revolution in November, 1783, the last city in the former colonies to be abandoned by its British oppressors. George Washington marched triumphantly into the city on November 25, 1783, and the city was able to rebuild freely in the hands of the victorious patriots.

Return to top of the Great Fire of New York