The Battle of Charlotte

On this day in history, September 26, 1780, the Battle of Charlotte reveals to British General Charles Cornwallis that he will not have an easy time taking over North Carolina. After the British captured most of Georgia in 1779 and South Carolina in 1780, Cornwallis hoped mopping up the remnants of the Continental Army which had escaped to North Carolina would be an easy task. 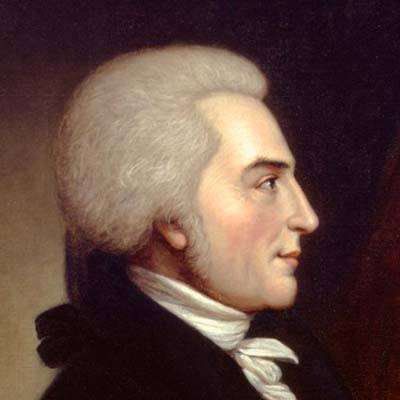 Various small groups of Continentals and militia harassed Cornwallis' movements from behind and before. Colonel William R. Davie had successfully attacked a Loyalist camp adjacent to Cornwallis' main army at the Battle of Wahab's Plantation on September 20th. He and 150 troops skirmished again with Cornwallis' troops on the evening of September 25th and withdrew to Charlotte around midnight. Ordered to guard the city and slow down the British advance, Davie placed his men strategically around the small town.

Charlotte at the time consisted of about 20 houses with two intersecting main streets. The Mecklenberg County Courthouse sat at the intersection. The courthouse featured 8 pillars facing to the south with a low wall connecting them. Behind the wall was a common area where an outdoor market was held. Davie posted part of his men behind this wall, part to the north of the courthouse and the rest behind some nearby houses. He also posted two lines of cavalry to the east and west of the courthouse. 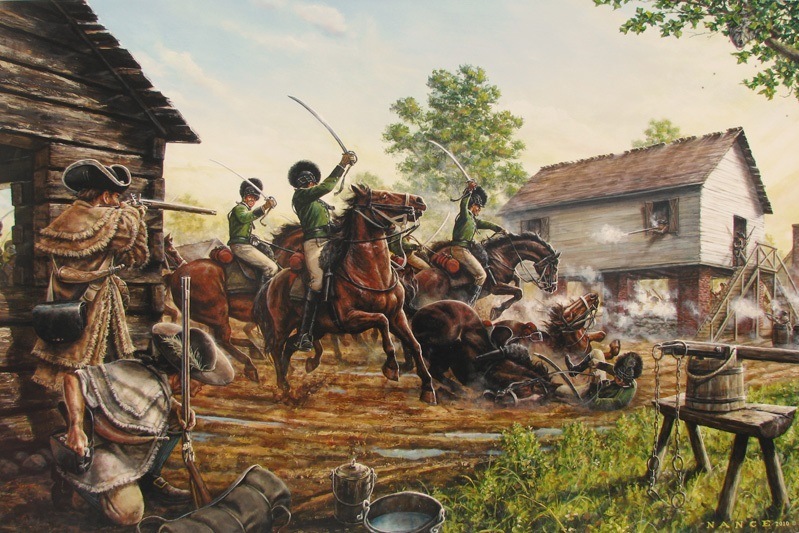 Into the Hornets' Nest by Dan Nance

As the British army approached, Cornwallis sent the American Legion to scout out the area. The Legion's commander, Banastre Tarleton, was ill, so command was given to Major George Hanger instead. Hanger had been ordered to move into the town cautiously because Cornwallis expected militia were close by. Instead, Hanger charged into town at full force and the Legion came under a hail of gunfire. When the first line of militia began to withdraw, Hanger mistook this as a retreat and charged all the harder, coming under crossfire from the men behind the houses.

Three different charges were made by the British and they suffered heavy casualties, including Major Hanger, who was wounded. Lord Cornwallis finally sent the light infantry to the rescue and Colonel Davie ordered his men to retreat. As they escaped north of the town, the British followed them and several more casualties occurred on both sides at Sugar Creek Church north of town. In all, the Americans had about 5 killed and 6 wounded, while the British had more than 50 dead or wounded.

The Battle of Charlotte was not a consequential battle of the American Revolution. Its main significance was that it opened General Cornwallis' eyes to the fact that this war was not over, despite the victories in Georgia and South Carolina. Mecklenberg County was a hotbed of patriot sentiment in North Carolina and Colonel Davie and the local militia lived up to this reputation in the Battle of Charlotte.

Cornwallis had such a bad time in Mecklenberg County, in fact, that he later it called the area a "hornets' nest," which made the locals quite proud! The name was taken with such pride that the name was officially adopted. The city seal carries a hornet's nest, local groups have the words "hornets" or "hornets' nest" in their names, even pro-sports teams in Charlotte are still called "Hornets" to this day!

Return to top of the Battle of Charlotte