On this day in history, September 25, 1775, Ethan Allen is captured at the Battle of Longue-Pointe. After capturing Fort Ticonderoga in May of 1775, Allen led a few hundred of the Green Mountain Boys north to capture Fort St. Jean, which guarded the approach to Montreal. After arriving, the Boys learned that a large contingent of British soldiers was heading toward Fort St. Jean from Montreal and they were forced to call off their mission. The mission cemented Ethan Allen as a hero in the minds of Quebec patriots and as a notorious traitor in the minds of Loyalists. 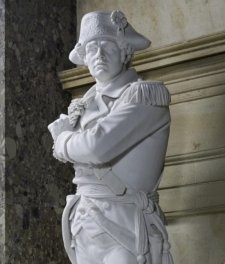 In August, American General Philip Schuyler led an invasion of Quebec in which Allen participated. As he prepared to besiege Fort St. Jean, Schuyler sent Allen and Major John Brown north to recruit patriots into the militia and to distribute a proclamation encouraging the inhabitants to join in the rebellion against Britain. The mission succeeded in gaining several hundred soldiers.

According to Allen, he and Brown met and made a plan to conquer Montreal, though this is disputed by some historians who believe Allen made up the story of Brown's involvement when the plan failed. According to Allen, Brown's men were to cross the St. Lawrence above Montreal and his own men were to cross below and then attack the town simultaneously. 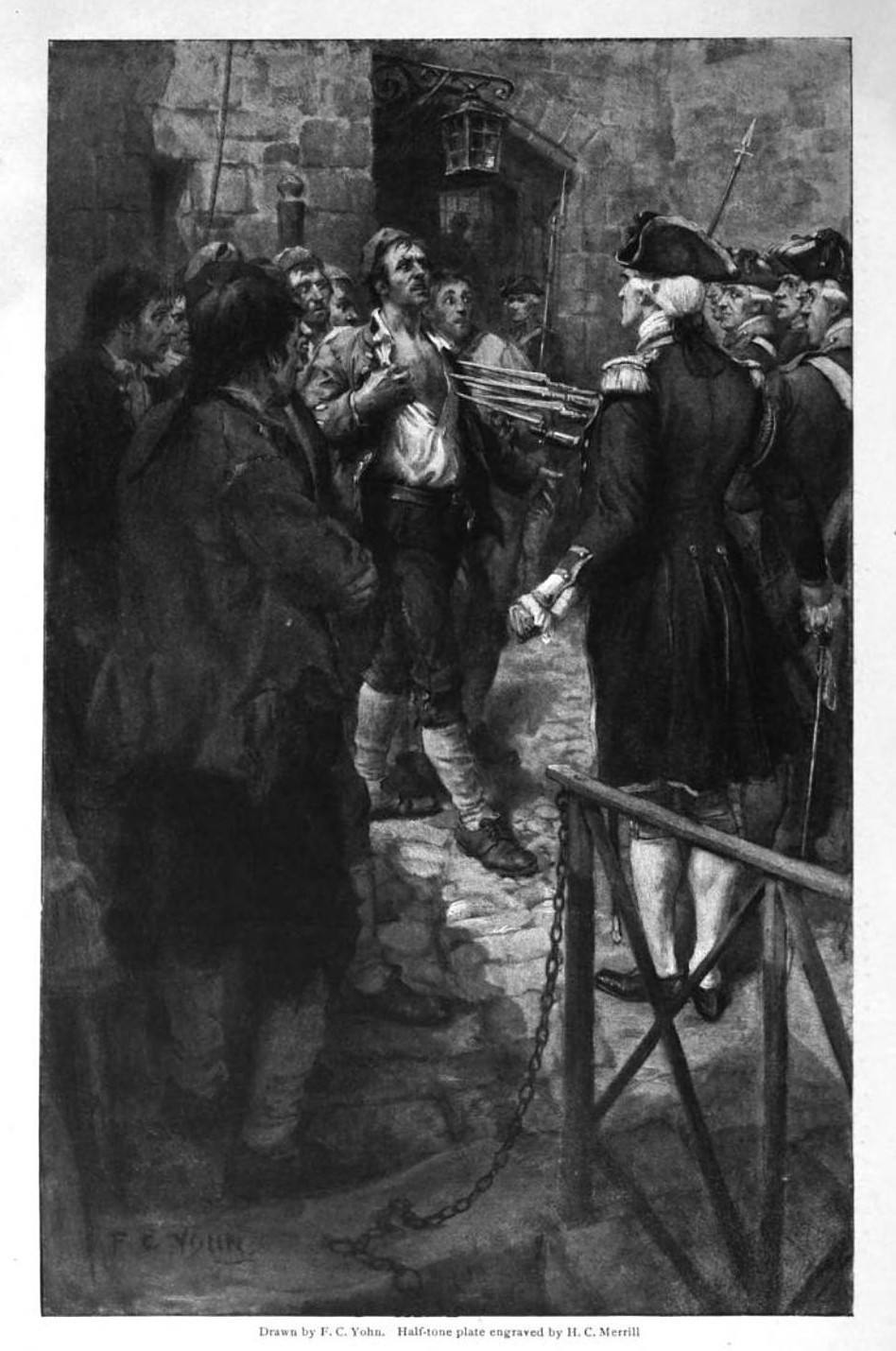 Ethan Allen being held captive before Captain Prescott in Montreal, 1775 by H.C. Merrill

On the evening of the 24th, Allen crossed and landed at Lonque-Pointe, but for some unknown reason, Major Brown failed to cross above the city leaving Allen to face the British alone. Most of the residents were friendly to Allen, but one escaped to Montreal and told British Governor and General Guy Carleton of Allen's presence. Carleton had only a few soldiers available because the rest had gone to Fort St. Jean, but he quickly raised 200 militia to fight against the notorious Allen.

Allen realized he did not have enough time to ferry all his men back to safety so he made a stand instead. Many of the Canadian militia with Allen quickly fled when they realized a fight was about to occur, leaving Allen with only 50 men. The two sides fought in the early morning hours of September 25, but the Americans were finally overcome. About 30 were captured, including Allen.

Allen spent the next 2 ½ years imprisoned, mostly on prison ships because the British were afraid to execute him and make a martyr of him because of his reputation. He was finally exchanged for British Colonel Archibald Campbell, who would later lead the invasion of Georgia. After his release, Allen was taken to Valley Forge where he met with George Washington and was received with great honors.

Allen returned to Vermont where he continued serving in the war effort and in politics. He also became a successful author, publishing A Narrative of Colonel Ethan Allen's Captivity, which became extremely popular, and Reason: the Only Oracle of Man, which condemned the Bible and exalted human reason, a work which tarnished his hero status in the eyes of many.

Return to top of Ethan Allen is captured