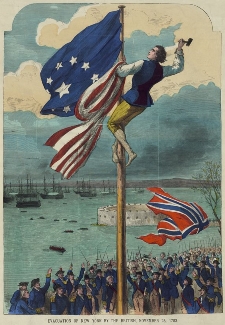 Evacuation of New York by the British

On this day in history, November 25, 1783, the last British soldiers evacuate the United States. The signing of the Treaty of Paris ended hostilities between the United States and Great Britain on September 3, 1783. Sir Guy Carleton, commander of British forces in North America at the time, received orders in August to begin planning the evacuation of all remaining British troops from the United States.

The evacuation plans dragged on because of large large numbers of Loyalists descending on New York in a panic to flee the country. Nearly 30,000 Loyalists and escaped slaves left with the British, most ending up in Quebec or Nova Scotia. 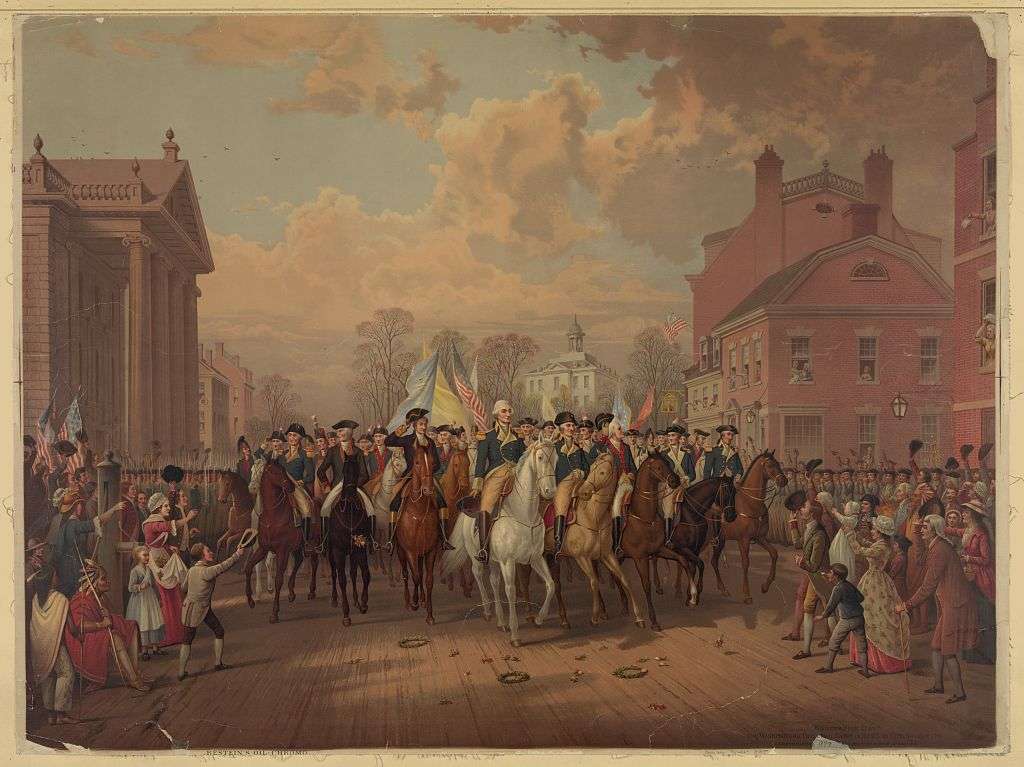 General Carleton finally announced the last of the troops would be leaving at noon on November 25th. George Washington waited outside the city until the British left and their flag was removed from a pole at the Battery at the southern end of Manhattan (A battery is a military fortification with guns or cannons). Wiley British soldiers had hoisted their Union Flag on a greased pole on their way out of the city.

Several attempts were made to get the flag down, but were unsuccessful due to the grease. Eventually, American soldier John Van Arsdale was able to climb the pole by nailing pieces of wood to the pole and climbing up on them. He tore the British flag down and replaced it with the American Flag. Shortly after, a triumphant General George Washington entered the city and marched down Broadway to the Battery.

For a hundred years after, Evacuation Day was celebrated around the United States, but especially in New York City. Evacuation Day was New York City's biggest celebration of the year for a century and the evacuation was commemorated with a game of boys competing to take down a Union Flag from a greased flagpole in Battery Park. A descendant of John Van Arsdale would then climb the pole and put up a US Flag.