On this day in history, September 16, 1722, Samuel Adams is born. He would be a pre-eminent leader of the Boston revolutionaries, sign the Declaration of Independence and the Articles of Confederation and be called the "Firebrand of the American Revolution."

Samuel Adams was born into a wealthy Puritan Boston family. He was educated at Harvard and went into business after graduating. After several attempts at business failed, Adams found his real success in politics. In 1747, he was elected to his first political office as a clerk for Boston Market. He later served as a tax collector for the Boston Town Meeting. The town meeting asked him to write their instructions to their members of the House of Representatives in 1764. This writing proved to be the first instance of a public body claiming that Parliament had no authority to tax the colonies. 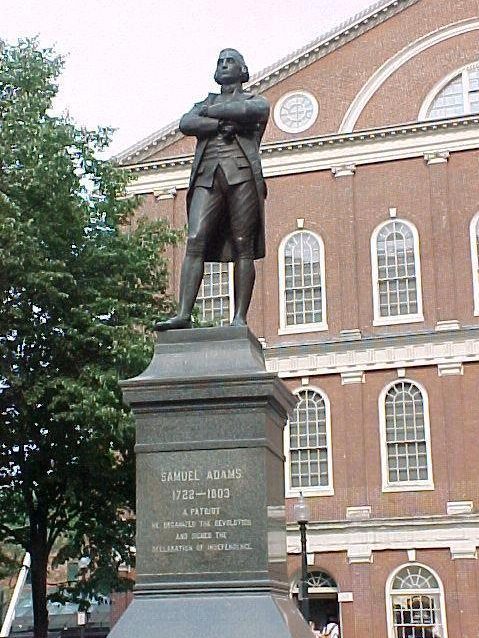 In the decade leading up to the Revolution, Adams was a member of the House of Representatives and served as that body's clerk, giving him a great deal of influence. Adams became one of the leading voices against Parliamentary overreach in Boston and was closely associated with other patriotic figures such as James Otis, John Hancock and his second-cousin, John Adams.

Adams wrote the "Massachusetts Circular Letter" in response to the Townshend Acts, which placed taxes on various items, in 1768. The letter was sent by the House of Representatives to the other colonies, asking them to join in challenging the Townshend Acts. The British responded by dissolving the legislatures of Massachusetts and any other colonies that supported the letter. 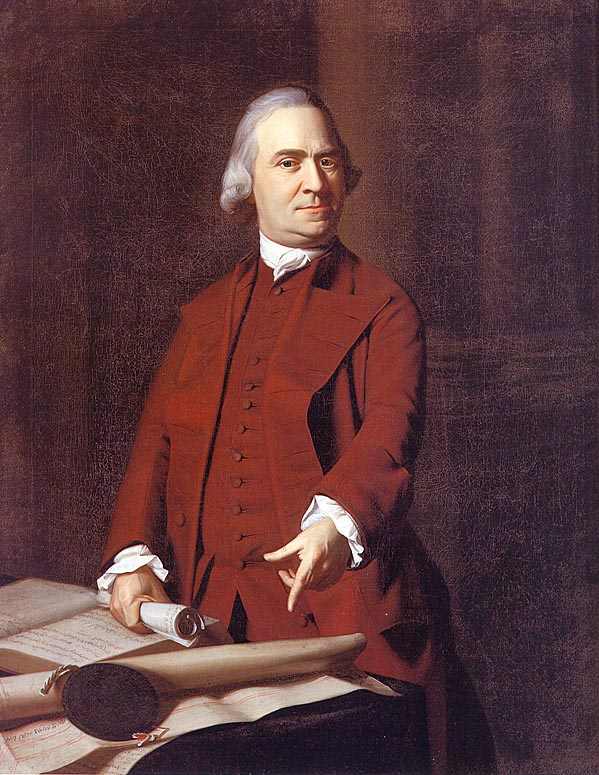 Bostonians resisted the taxes of the Townshend Acts and Parliament occupied the city with soldiers, leading to the Boston Massacre. Adams published numerous letters and articles denouncing British policies and called for the mass meeting of citizens that led to the Boston Tea Party. Adams helped organize the boycott of British goods and helped create the Committees of Correspondence which kept the colonies in contact with one another.

In 1774, Adams was sent to the Continental Congress, where he served continually for the next 7 years. While in Congress, Adams was a leading advocate of American independence from early on. He served on numerous committees, especially those dealing with military matters. He signed the Declaration of Independence and served on the committee that wrote the Articles of Confederation, America's first governing document.

In 1779, Adams helped write the Massachusetts Constitution with John Adams and James Bowdoin. He returned to Massachusetts politics for good in 1781 and served often as the moderator of the Boston Town Meeting. He served in the state Senate and helped promote public schools in Boston, even for girls. Adams was originally against the US Constitution, thinking it gave too much power to the federal government, but he supported it after the promise was made to include a bill of rights. He voted to support the Constitution at the Massachusetts ratifying convention in 1788.

Adams was elected lieutenant-governor of Massachusetts in 1789 and served in this position until the death of Governor John Hancock in 1793. Adams was then elected to the governorship annually for the next 4 years, after which he retired from public life. Samuel Adams died on October 2, 1803 and was buried in the Granary Burying Ground in Boston.

Return to top of Samuel Adams is born