On this day in history, September 10, 1750, Captain Nicholas Biddle is born in Philadelphia. Biddle was one of the first naval captains appointed by the Continental Congress. As a young teenager, Biddle became a sailor and voyaged to the Caribbean where he was stranded for several months on an island. He served in the Royal Navy in 1770 for a few years and then traveled as a sailor on a voyage to the Arctic.

When he returned to America, the American Revolution was just breaking out. The State of Pennsylvania gave Biddle charge of the galley Franklin to patrol the Delaware River, which was the approach to Philadelphia. On August 1, 1775, Biddle received one of the Continental Navy's first five commissions. His commission gave him command of the 14 gun Andrew Doria. 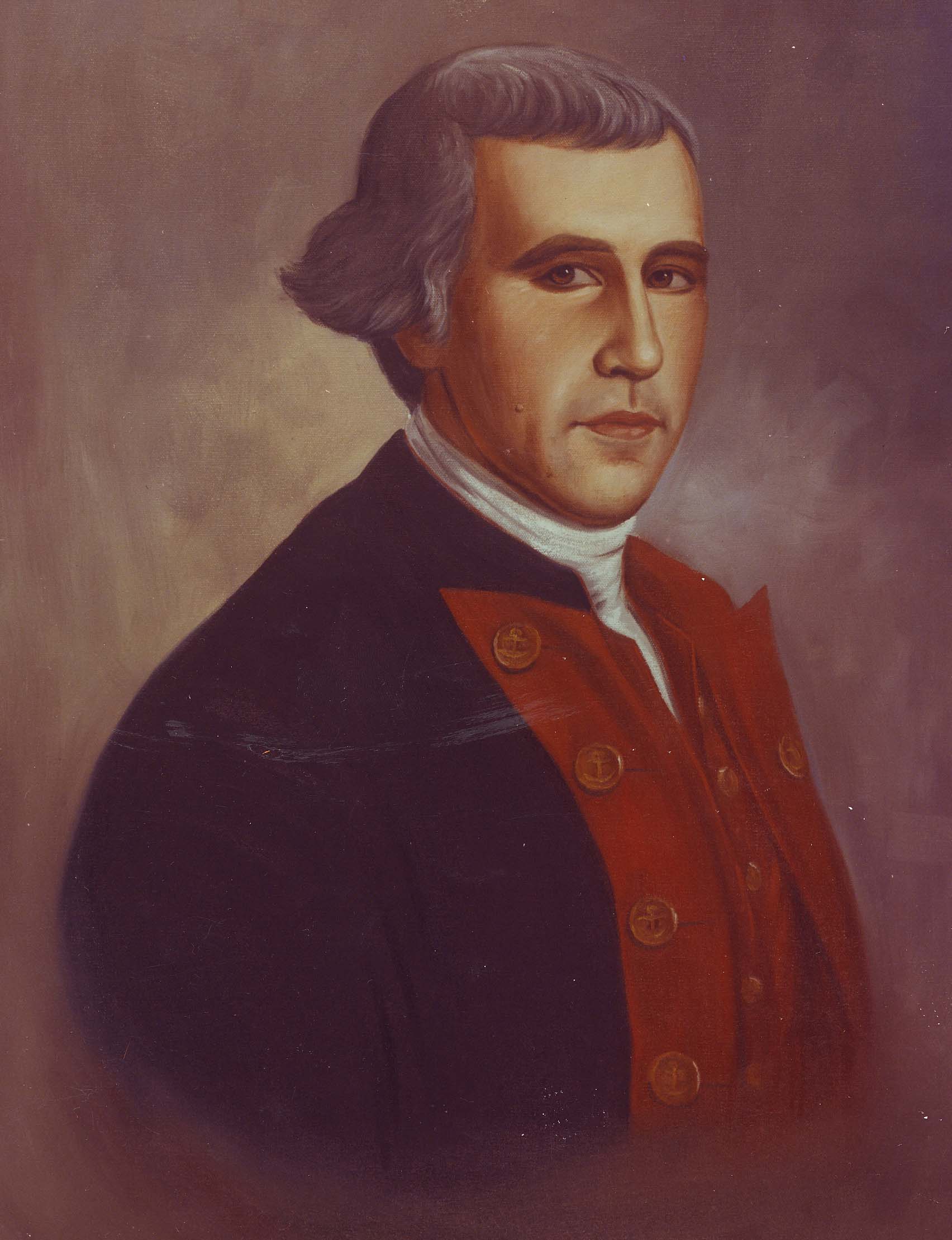 Biddle traveled in the Andrew Doria with Commodore Esek Hopkins' fleet on a voyage to the Bahamas, where they captured supplies and the Royal Governor, Montfort Browne. The Andrew Doria successfully captured several armed British ships during the expedition. On the return voyage, Biddle took part in the April 6 fight with HMS Glasgow, which successfully escaped. Biddle was highly critical of Commodore Hopkins' leadership in the incident, which led to Hopkins' censure by Congress.

Biddle was highly commended for his role in a mission to Newfoundland that captured numerous British ships. Every time a ship was captured, Biddle took some of his own crew to man the captured vessels. By the time he returned, he had only 5 sailors remaining on own his ship! 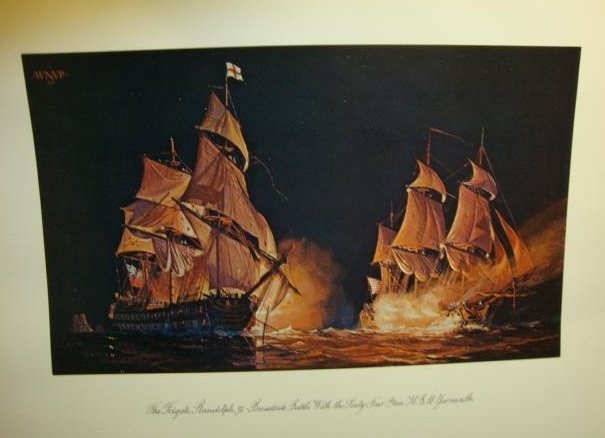 Click to enlarge
Randolph vs Yarmouth
by Allen & O'Hara

In June of 1776, Biddle received what would be his final commission from Congress when he was given command of the USS Randolph, which was then under construction. Biddle first sailed on the Randolph in early 1777 and shortly afterwards suppressed a mutiny of former British prisoners of war serving as sailors. On March 7, 1778, the Randolph sighted the 64 gun HMS Yarmouth off Barbados. Biddle decided to fight the Yarmouth, rather than try to outrun her, even though the Randolph was severely outgunned.

Eyewitness accounts say the Randolph gave a brave fight, tearing up the Yarmouth's rigging and firing five broadsides into the Yarmouth, while the Yarmouth was able to get off only one broadside into the Randolph. Biddle himself was wounded during the battle. Despite the bravery and aggression of Biddle's troops, shortly after Biddle was wounded, the Randolph's ammunition magazine was hit and the entire ship exploded and sank, killing 301 of the 305 aboard, including Biddle, who was only 27 years old.

Biddle's death and the loss of the Andrew Doria was a huge loss to the young Continental Navy. A year and a half before his death, Biddle wrote to his brother Charles, "I am much more afraid of doing a foolish action than of losing my life. I aim for a character of conduct, as well as courage, and hope never to throw away a vessel and crew merely to convince the world I have courage. No one has dared to impeach it yet. If any should, I will not leave them a moment of doubt."

Return to top of Captain Nicholas Biddle is born