On this day in history, September 8, 1780, Brigadier General Enoch Poor dies in what would be one of the great mysteries of the American Revolution. Did Poor die of typhus, or did he die in a secret duel  that was covered up by George Washington?

Enoch Poor was born in Andover, Massachusetts in 1736. As a young man he fought in the French and Indian War. He moved to Exeter, New Hampshire and became a shipbuilder. When the Stamp Act came along in 1765, Poor was at the lead of the opposition, being appointed one of the enforcers of the boycott on the sale of British goods.

Poor was again appointed to a committee to enforce a ban on British goods in 1770 and again in 1774. He served in the New Hampshire Provincial Congress and, after the Battle of Lexington, became the colonel of one of three New Hampshire regiments. Poor's regiment was moved to Boston from Portsmouth after the Battle of Bunker Hill and he participated in the Siege of Boston.

Poor's regiment was absorbed by the Continental Army in 1775 and sent to join the invasion of Canada under General Richard Montgomery. The invasion failed and Poor's unit eventually joined the Continental Army in New Jersey, where he was promoted to brigadier general. In 1777, Poor was involved in the Battles of Saratoga, where his heroism helped win one of the most significant battles of the Revolution. Poor spent the winter of 1778 at Valley Forge and he helped direct the retreat after the Battle of Monmouth. In 1779, Poor helped lead the Sullivan Expedition which wreaked havoc on the Iroquois villages of New York. 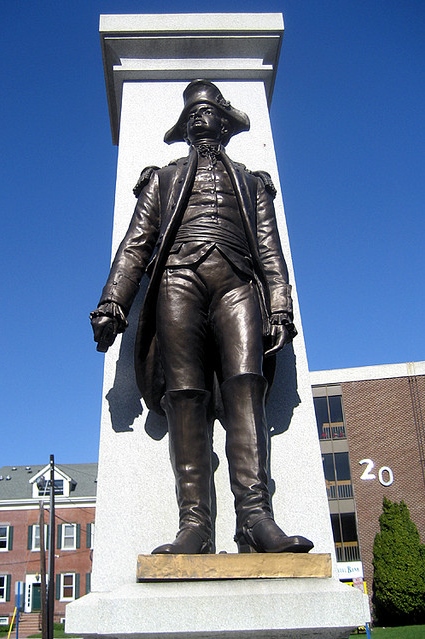 In 1780, Poor became part of the Marquis de Lafayette's command. The Marquis had great respect for Poor and put him in charge of training a new light infantry corps. Poor was then given command of one of the new brigades, but he didn't serve in this position long before his death, which would become one of the great controversies of the American Revolution.

According to the army surgeon, Poor came down with typhus on September 6 and died on September 8. But many historians doubt this official story, instead believing that Poor died as a result of a duel with a subordinate officer who challenged Poor's decision to make a forced march when his officers were too tired to go any further. After several attempts to get him to stop, the officer told Poor he would have challenged him to a duel if he were not his superior. Poor took up the challenge, the two fought and Poor was mortally wounded.

But why would the incident have been covered up? First, dueling was illegal in the Continental Army. It would have been an embarrassment if the public found out that one of the army's top generals was involved in a duel. Second, it would have been embarrassing if the British found out that one of the Americans' top generals died in a duel with a subordinate. For this reason, some historians believe George Washington had the incident covered up and the typhus cover story was invented. There are family records that verify the duel story, but historians are divided about evenly about whether the event actually occurred.

Upon Poor's death, George Washington wrote, "He was an officer of distinguished merit, one who as a citizen and soldier had every claim to the esteem and regard of his country." Both Washington and the Marquis de Lafayette attended the funeral in Hackensack, New Jersey, where Poor was buried. During the Marquis' famed return to the United States in 1824, the Marquis visited Poor's grave and, apparently moved with emotion, proclaimed, "Ah, that was one of my generals."