On this day in history, September 6, 1774, the Worcester Revolt embodies the real beginning of the American Revolution. You have probably never heard of the Worcester Revolt, but this event that occurred 9 months before the fighting at Lexington and Concord probably deserves the title, the "Beginning of the American Revolution," more so than does the fighting of April 19, 1775. 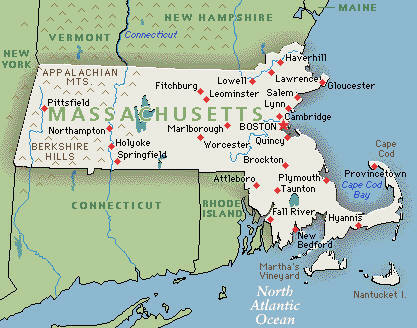 The Worcester Revolt was one of a series of revolts in rural Massachusetts that took place as a result of the passage of the Massachusetts Government Act. This act was part of the Coercive Acts, or the Intolerable Acts, passed by Parliament in response to the Boston Tea Party. The Boston Port Act shut down Boston Harbor, but this did not affect the average person in the Massachusetts countryside where the majority of the population lived. 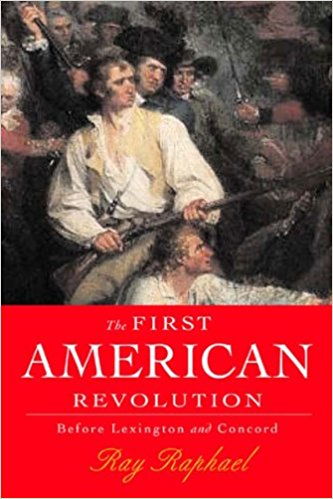 American Revolution: Before Lexington and Concord. This book contains one of the few and best descriptions about the Revolution of 1774.

What got the entire countryside involved was the Massachusetts Government Act, which suspended all town meetings, placed a military governor in charge of the state, called for the royal appointment of all government officials and virtually shut down all self-government.

The citizens of Massachusetts had been governing themselves for 150 years. In rural Massachusetts, the state courts were the primary government bodies that had contact with the average person. These courts handled all local law enforcement and legal matters. When the Massachusetts Government Act was passed, alarm spread through the 95% of Massachusetts citizens who lived in these rural areas, who feared that royally appointed officials would mistreat them. This was especially alarming because so much of the population were farmers with large debts.

Creditors posed a constant threat to the livelihood of farmers, but when the courts were filled with locally elected judges, the farmers could breathe easy because the judges could be thrown out at the next election. The new wave of royally appointed officials would not have to go through re-elections and would have no reason to go easy on the debtors. Much of the population felt a very real threat that these judges would allow their creditors to foreclose on them.

The Massachusetts Government Act took effect on August 1, 1774. Citizens around the colony met and planned to actively resist the new officials. On August 16, when the Crown appointed officials arrived for the opening of the Courts in Berkshire County, 1,500 militia members showed up and forbade the court from opening. The same thing occurred in Springfield two weeks later.

British Governor and General William Howe was determined that the next scheduled Court would open at Worcester on September 6. He even wrote to his superiors in London that force may be necessary. On September 2, 4,000 patriots forced the Lieutenant Governor to resign in Cambridge and when a rumor spread that some patriots were killed by British soldiers, tens of thousands began to march to Boston. This incident, called the Powder Alarm, forced General Howe to reconsider his options.

On September 6, when the 25 royal officials arrived at Worcester, nearly 5,000 mostly unarmed civilians greeted them... in a town of 250 people. The militia had taken over the courthouse and the officials were escorted to a tavern where they were forced to resign their positions. The officials were then made to walk through the throng of protestors toward the courthouse, reciting their renouncements of their positions over and over along the way. General Gage's troops were nowhere to be seen.

The Worcester Revolt typifies the real American Revolution. A similar revolt took place in every single county in Massachusetts outside of Boston in the fall of 1774. It was these revolts that truly ended British rule in the colony and opened the door for citizens to form their own governments. Indeed, the Massachusetts Provincial Congress met for the first time in October following the revolts. This sequence of events wresting the government from British hands, truly by "the people," marks the real beginning of the American Revolution. The fighting at Lexington and Concord was merely the British government trying to get its lost authority back.

Return to top of the Worcester Revolt