On this day in history, October 12, 1776, British troops sail up the East River east of Manhattan and land at Throgg's Neck. After successfully driving the Continental Army off Long Island in late August and occupying New York City in September of 1776, British General William Howe hoped to trap George Washington's army at Harlem Heights in the north of Manhattan. 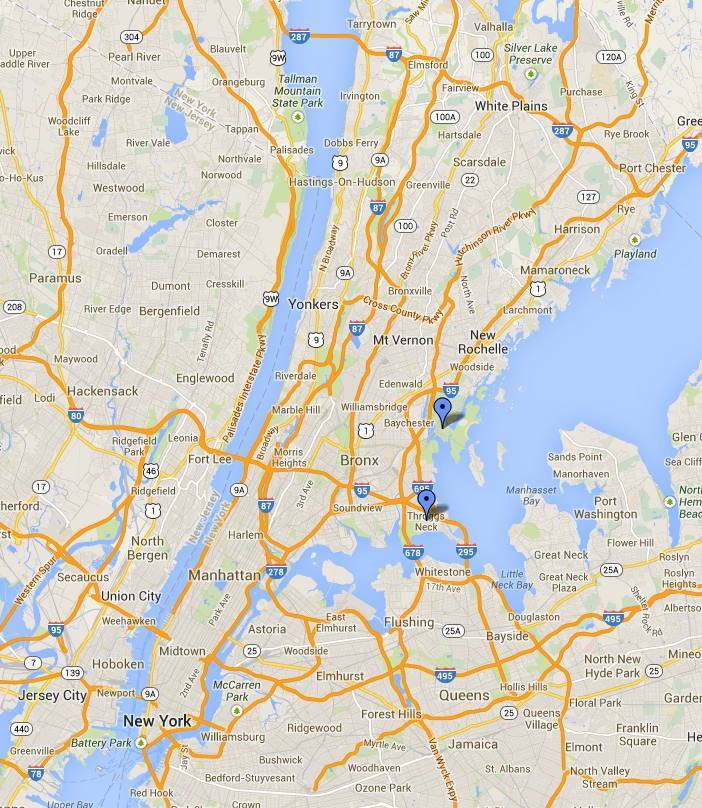 On October 12, 90 flatboats sailed up the East River with more than 4,000 British soldiers. They landed at Throgg's Neck, a peninsula on Long Island Sound. The neighborhood in this part of the Bronx still bears the name Throg's Neck today. Howe's plan was to march across to Manhattan and trap the Continental Army between his troops and the other British troops at the southern end of Manhattan, with the Hudson River at Washington's back.

Washington's scouts observed the landing at Throgg's Neck and were ordered to destroy a bridge leading from the peninsula to the mainland. Once this was complete, Howe's troops were trapped on the island. It took them six days before they were able to reload on the flatboats and sail further up the coast. 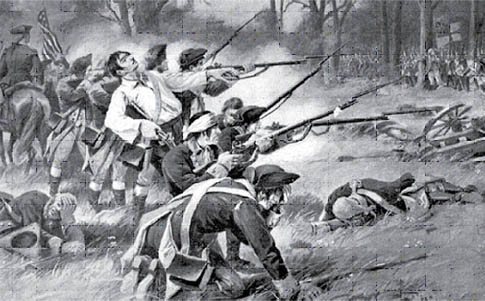 The Battle of Pell's Point

After stalling the British on Throgg's Neck, Washington decided to evacuate his army to the north as quickly as possible. The army began marching north toward White Plains. On the 18th, the British troops landed at Pell's Point, 3 miles above Throgg's Neck. This time, the brigade of Colonel John Glover was waiting for them and delayed them by attacking from a stone wall. When the British advanced, Glover's troops retreated to another wall and fired on them again. This happened 3 times before the British finally stopped their advance and Glover's men got away.

The distraction at Pell's Point allowed the remaining part of the Continentals to get north and away from the possibility of being trapped against the Hudson. For ten days, the two armies maneuvered around each other and finally met on the battlefield at White Plains on the 28th, where 13,000 men on each side faced each other. The Battle of White Plains had roughly equal casualties on both sides, but Washington chose to retreat after losing the high ground at White Plains.

Pursued by Howe across New Jersey and into Pennsylvania, Washington was finally able to stop Howe by confiscating all the boats up and down the Delaware River, denying Howe a way across. The Continental Army sat in Pennsylvania and the British sat on the opposite side of the Delaware in New Jersey. Washington finally turned the tables with two surprise night time attacks on Trenton and Princeton, attacks which finally made the British realize the Americans were not going to be conquered as easily as they had thought.

Return to top of British troops sail up the East River