The Battle of Shallow Ford

On this day in history, October 14, 1780, the Battle of Shallow Ford helps convince British General Charles Cornwallis to abandon his attempts to conquer North Carolina for the year. The battle that saw a large band of Loyalists defeated along the Yadkin River is often overlooked by historians due to the Battle of Kings Mountain that happened only a week before. 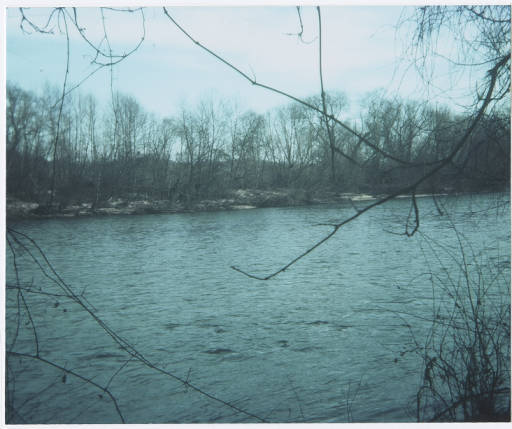 In the fall of 1780, General Cornwallis entered North Carolina after successfully conquering most of Georgia and South Carolina. North Carolina militia members gathered from around the state and converged on Charlotte where Cornwallis was headquartered. The absence of local patriot militia groups left a vacuum for Loyalists to rise up and wreak havoc in their prospective counties.

In Surry County, local Loyalist brothers Gideon and Hezekiah Wright rallied hundreds of Tories who began exacting revenge on the properties of absent patriots and killing those who opposed them. When news spread of the Loyalist uprising, patriots from nearby areas began to mobilize to stop them. 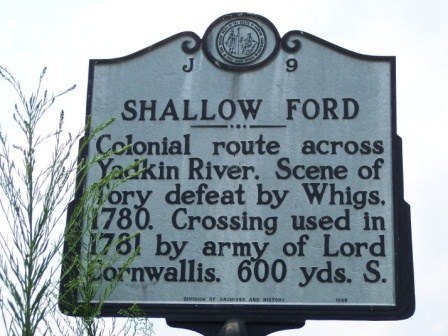 General William Lee Davidson sent 50 soldiers from Charlotte. Two companies of militia from Salisbury and 160 men from Montgomery County, Virginia, converged on the area, along with other local patriots who hadn't gone to confront Cornwallis. The Virginia militia, under Major Joseph Cloyd, had come to confront British Colonel Patrick Ferguson's activities in western North Carolina, but when they learned of Ferguson's defeat at the Battle of Kings Mountain, they were diverted to helping stop the Loyalist uprising in Surry County. All of the converging patriots came under the leadership of Major Cloyd.

On October 14, a band of 600 Loyalists crossed the Yadkin River, apparently on their way to join General Cornwallis in Charlotte. Cloyd's patriot force, numbering around 350 by this time, located the Loyalists a mile west of Shallow Ford and attacked them, even though they were nearly outnumbered 2 to 1. Colonel Samuel Bryan, who led the Loyalists, was killed early in the fight, causing the rest of his troops to scatter.

The Loyalists in this area were never able to gather such a force again. Cornwallis was forced to withdraw into South Carolina for the winter due to the strong uprising of North Carolina patriots, He tried again the following year, during which his entire army was defeated at Yorktown after withdrawing from North Carolina yet again into Virginia.

Return to top of the Battle of Shallow Ford