On this day in history, June 24, 1776, Congress resolves to imprison Governor William Franklin of New Jersey in Connecticut. Franklin was the son of Benjamin Franklin. He had been the Royal Governor of New Jersey since 1763. William Franklin was an acknowledged, but illegitimate child of Ben Franklin, born in 1730. His mother has never been definitely determined. William may have been born from an illicit encounter with a prostitute, but others believe Franklin's later common-law wife, Deborah, was William's mother. William was raised by Ben and Deborah and he called her mother. Franklin may have taken all the blame to himself for the child since he and Deborah were not married.

William served in King George's War in the 1740s and later traveled to England to study law. There he fathered an illegitimate child, William Temple Franklin, whose mother has never been determined. He also married Elizabeth Downes, the daughter of a Barbados planter. Franklin was admitted to the bar and became a partner with his father while he was serving in London as a colonial representative to the Crown. The elder Franklin used his influence to have William appointed New Jersey's Royal governor in 1763, a position he held through the American Revolution. 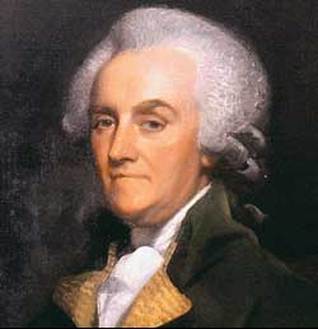 When the American Revolution arrived, William Franklin remained loyal to King George. He was threatened with arrest for his activities in January, 1777, but was put under house arrest instead for the next 5 months. By mid-year, the Continental Congress was nearing its Declaration of Independence and becoming more powerful. Franklin feared the Royal government of New Jersey would be completely destroyed as it had been in most of the other colonies by this point. He called the General Assembly into session and the rebel Provincial Congress ordered his resignation or arrest. 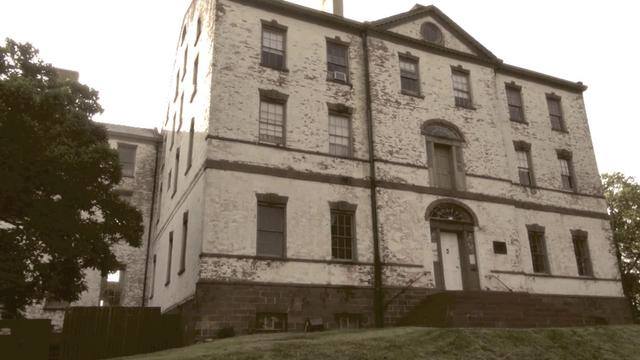 Colonel Nathanael Heard delivered the terms of parole on June 17, which Franklin refused. On the 19th, Colonel Heard arrested Franklin and delivered him to the Provincial Congress at Burlington. Franklin's wife, Elizabeth, stayed in the Royal mansion in Perth Amboy until the British evacuated the city in July of 1777. Elizabeth died in New York shortly afterwards.

The Continental Congress issued orders on June 24 to imprison Franklin in Connecticut. He arrived at Lebanon, ironically on July 4th, the day of Congress' Declaration of Independence. Governor Jonathan Trumbull of Connecticut, the only Royal governor to side with the patriots, allowed Franklin freedom of movement in the town where he was confined and to converse with whomever he chose due to his previous position and his relationship to Ben Franklin, as long as he did not try to further British aims.

In December of 1776, Franklin was caught collaborating with British General Howe in New York. Franklin was put in solitary confinement in Litchfield after this, where he remained until he was freed in December, 1778, in a prisoner exchange for the captured rebel President of Delaware, John McKinley. Franklin then went to New York City where he helped coordinate Loyalist efforts to retake New Jersey for the next 4 years.

After the Revolution ended, Franklin moved to London where he lived for the rest of his life. He lost all of his possessions to the war, his wife, his father (with whom he never reconciled) and his son, William Temple, who sided with his grandfather during the war, though they were later reconciled. He died in relative obscurity and poverty in 1813.

The following video is a very interesting portrayal of Governor Franklin's arrest, by the Proprietary House Association: