In the earliest years after the Constitution was written, Chief Justice John Marshall allowed third parties to claim the right to use the Self-Incrimination Clause, meaning that they could "plead the fifth" regarding the actions of others, not just themselves. This was the case in both Marbury vs. Madison, 1803, and in the treason case of Aaron Burr. This practice is no longer allowed. Today people can only "plead the fifth" to protect themselves.

Another famous example of "taking the fifth" occurred during the Iran-Contra hearings of the 1980's. During these hearings, Oliver North refused to testify against himself regarding whether or not he had been a part of destroying documents related to the case. North "took the fifth" on the grounds that his testimony could implicate him for obstructing justice.

In 2004, the Supreme Court ruled in Hiibel vs. Sixth Judicial District Court of Nevada, that laws that require a person to disclose his identity to a police officer do not violate the Fifth Amendment's Self-Incrimination Clause. If an officer has a reasonable suspicion that there is a crime in the making or has already been committed by this person, he can legally ask the person to identify himself and the person must comply or be charged with obstructing an officer in discharging his duty. The person does not, however, have to answer further questions. So if you're ever asked to identify yourself by an officer, do it!

Even into the mid-twentieth century, some police officers were using very forceful, coercive means to try to obtain confessions from suspects. In one case, Chambers vs. Florida, 1940, the Supreme Court ruled that physical torture is not the only condition that could make a confession unreliable and inadmissible in court. In this case, officers had arrested forty black men for the murder of a white man. The men were transferred to different jurisdictions and subjected to repeated questioning, often with ten or more officers and others in the room. The men were not informed of their Self-Incrimination Clause right to remain silent. The men were treated in this manner for nearly a week, after which time four of them confessed to the murder. The Court held that the confessions were not voluntary, but were coerced and the case against them was thrown out.

In a similar case, Ashcraft vs. Tennessee, 1944, another case was thrown out because of harsh interrogation techniques. In this case, officers had subjected the accused individual to interrogation under very bright lights for a period of 36 hours. The Court judged that his confession was forced and not admissible in court.

Without question, the most famous Self-Incrimination Clause Fifth Amendment court case is Miranda vs. Arizona, 1966, a case that involved an $8.00 theft and a twenty year prison sentence. After being arrested for the theft and being interrogated by police for two hours, Ernesto Miranda confessed that he had kidnapped and raped a woman a few days earlier. Miranda was not told that he could have an attorney present during questioning, nor was he told he had the right to remain silent.

Miranda was convicted based on this confession and sentenced to twenty years in prison. His lawyers appealed through the courts. The Supreme Court eventually ruled that his confession was not admissible in court. The Court said basically that the right not to incriminate oneself is so important, that law enforcement officials must establish safeguards to protect this right of the individual being questioned. 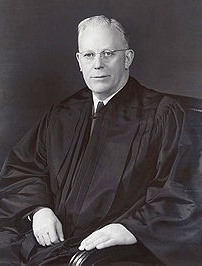 "As for the procedural safeguards to be employed, unless other fully effective means are devised to inform accused persons of their right of silence and to assure a continuous opportunity to exercise it, the following measures are required. Prior to any questioning, the person must be warned that he has a right to remain silent, that any statement he does make may be used as evidence against him, and that he has a right to the presence of an attorney, either retained or appointed."

This ruling established five basic things that law enforcement now tells people when they are arrested. They are:

The Supreme Court's decision did not spell out word for word what must be said to a person after he is arrested to inform him of his Fifth Amendment rights. It only said what subjects must be covered. So, there are some variations in the wording used in different jurisdictions. A typical warning might read like this:

Because of the defendant's name in the case, this is now called a "Miranda Warning." Everyone is used to hearing it because it is normally used in television shows when someone is arrested. In order for a confession to be held admissible in court, the Supreme Court has stated that it is not enough for the arresting officer to just read the Miranda Warning to the suspect. He must also be assured that the suspect understands what his rights are. Due to the suspect not understanding his Fifth Amendment Self-Incrimination Clause rights, for example, in the case of a foreigner who didn't understand English well or a person with a very poor educational level who couldn't understand the language being used, confessions have at times been ruled inadmissible.

By the way, Ernesto Miranda's confession was thrown out by the Supreme Court and he was granted a second trial. He was found guilty in this trial based on other evidence and served 11 years in prison. He was later killed in a knife fight.

Read more about the history and meaning of the Self-Incrimination Clause here.

Thanks for reading about these Fifth Amendment Court Cases with
Revolutionary War and Beyond!