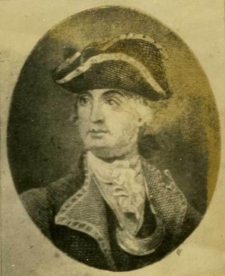 On this day in history, January 20, 1781, the Pompton Mutiny begins. The Pompton Mutiny, also called the Federal Hill Rebellion, was a mutiny of New Jersey Continental soldiers at Pompton, New Jersey. In 1781, the Continental Army was wintering again near Morristown, New Jersey. To make it easier to provide food and supplies from the local countryside, the Army was broken down into smaller groups and placed in different towns around the area.

Winter conditions were extremely hard on the Army. There were shortages of food and clothing, and in addition to this, many soldiers had not been paid for their services by Congress or by their respective state governments. On January 1, 1781 about 1300 troops from the Pennsylvania Line quartered at Jockey Hollow, New Jersey, mutinied.

Many of these soldiers had not been paid in several years. They were angry that new recruits were being paid a bounty for joining the army, while they had back pay owed to them. In addition to this, many of the soldiers felt that their terms of enlistment had rightfully expired on January 1 and that they should be able to leave or reenlist for a new term and receive the proper bounty.

These men left their camp and started marching toward Philadelphia, 80 miles away, to demand that Congress address their grievances. Several officers tried to stop the mutiny and were killed by the mutineers. In the end, the Pennsylvania government and General Anthony Wayne were able to negotiate a settlement with the mutineers. About half the Pennsylvania line was discharged, amounting to over 1,300 men. Some reenlisted later, but this loss of soldiers was a huge blow to the Continental Army. 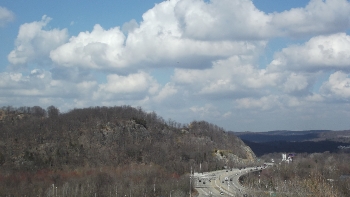 On January 20, New Jersey soldiers stationed near Federal Hill at Pompton (present day Bloomington) decided they would mutiny as well. About 200 soldiers left their stations and began a march toward Trenton where they intended to get a similar redress from the New Jersey government.

George Washington, smarting from the loss of Pennsylvania soldiers, took a much more hardline approach with the New Jersey soldiers. As he wrote in some letters about the affair, he knew the entire Army would break down if this type of behavior continued. This time, he ordered General Robert Howe to take as many men as he could to force the mutineers' unconditional surrender and to execute the ringleaders on the spot.

On the 27th, General Howe overtook the mutineers with about 500 soldiers and demanded their immediate surrender, which they did without a fight. Howe then inquired among the mutineers and singled out three ringleaders, sergeants David Gilmore, John Tuttle and George Grant. He ordered 12 of the mutineers to form a firing squad. Gilmore and Tuttle were executed on the spot by the crying and very contrite firing squad, according to Washington's orders. After further inquiry, however, Grant was given a reprieve when several soldiers testified that he had tried to stop the mutiny once it began.

After the executions, the rest of the mutineers had enough of a change of heart that Washington wrote to Congress that the spirit of insubordination in the army seemed to have been put down for good.