On this day in history, August 9, 1780, the Action of 9 August 1780 takes place during the American Revolution. It would be one of the largest naval captures of all time. Spain joined the American Revolution in 1779 as an ally of France and America against Great Britain. The entrance of France and Spain into the war was a great challenge to Britain, spreading her navy very thinly across the globe.

In the summer of 1780, Spain learned that a large British convoy would soon be leaving Portsmouth, England for the West Indies. Preparations were made to send 37 Spanish and French warships to intercept the convoy. 63 ships left Portsmouth by late July, including five East Indiamen, massive ships that made frequent voyages to the Far East and under the control of the East India Company, as well as over 50 West Indiamen, smaller ships that carried goods back and forth from the West Indies. The convoy was guarded by Captain John Moutray aboard the 74 gun HMS Ramillies and accompanied by two other war frigates. 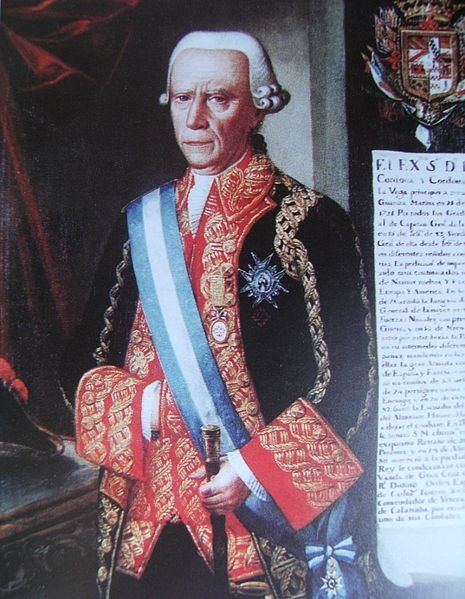 The Spanish fleet, under Admiral Luis de Cordova y Cordova, left from Cadiz and finally spied the British on the evening of August 8th, 200 miles from Portugal. They used a trick to lure the British fleet right to them. During the night, lantern signals were given by the Santisima Trinidad, Admiral Cordova y Cordova's flagship, which the British ships mistakenly believed to be from their own commander. The fleet turned toward the signal and, in the morning, found themselves right in the middle of the Spanish fleet, which commenced an attack from all sides. 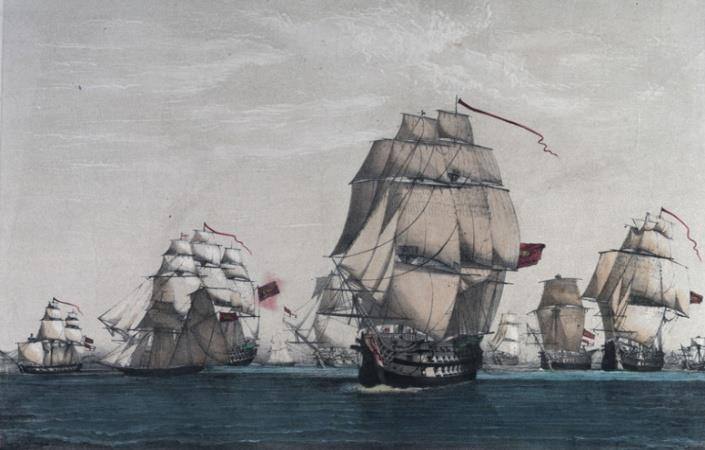 The Spanish fleet easily captured dozens of ships, one after the other. Many of the ships suffered significant damage as a result of cannon bombardment and numerous sailors were killed. When the five East Indiamen, the Godfrey, Gatton, Mountstuart, Royal George and Hillsborough, were captured, it represented the East India Company's largest financial loss in the company's history. In all, 55 ships were captured, one of the largest naval captures of all time. Only the three military escorts and five other ships managed to get away.

The loss to the British economy from the Action of 9 August 1780 was staggering. Not only were the ships and their cargos lost, but nearly 3,000 soldiers and sailors were taken captive. Tons and tons of military supplies were confiscated, including arms, artillery, ammunition and tents. The value of the lost cargo was around £1.5 million, an enormous amount of money. The financial loss to British merchants was so staggering, that numerous marine insurance underwriters in Europe went bankrupt. Prices for marine insurance skyrocketed and voices in Britain against the war spoke out all the louder. Captain Moutray suffered the punishment for the loss. He was court-martialed and lost command of his ship.

All of the captured ships were put into the Spanish navy. Admiral Cordova y Cordova would go on to capture 24 more ships during the war and would fight the Royal Navy to a standstill at the Battle of Cape Spartel after she brought supplies to the besieged British possession of Gibraltar. The Admiral would be celebrated for his role in the American Revolution, though he failed to stop the British from relieving the Great Siege of Gibraltar.