On this day in history, August 14, 1775, the Bermuda Gunpowder Plot secures Bermuda's store of gunpowder for the American patriots when sympathetic Bermudians cooperate with the Continental Congress to deliver the gunpowder to them.

The Continental Congress voted early on in the war to ban all trade with British colonies that remained loyal to Great Britain. This put Bermuda in a unique bind. Bermuda's economy was entirely based on shipping. It had maritime interests in all the major ports of America and the other British colonies. Tiny Bermuda had no agricultural production of its own and was entirely dependent on imports for food. 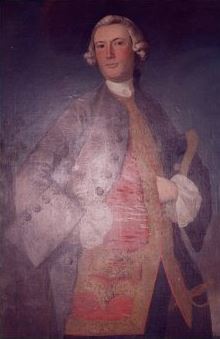 Colonel Henry Tucker was one of Bermuda's most influential merchants. In 1775, he was a former President of the Governor's Council and his son was the current president, as well as Royal Governor George Breure's son-in-law. Tucker traveled to Philadelphia to meet with the Continental Congress, where he met with Ben Franklin and Robert Morris.

Tucker offered to trade salt (one of Bermuda's chief industries and much needed by the Americans) in exchange for food. Instead, Franklin and Morris wanted Bermuda's gunpowder, approximately 100 barrels of which sat in the magazine at St. George's, Bermuda's capital. The Continental Congress agreed to exempt Bermuda from the trade embargo on July 15th, in exchange for the gunpowder, and the Bermuda Gunpowder Plot was hatched. 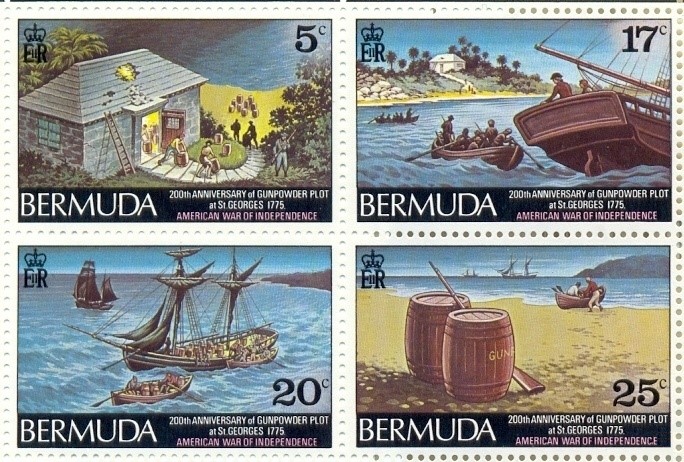 On the evening of August 14th, the Lady Catherine and the Charleston and Savannah Packet arrived from America off the Bermuda coast near Tobacco Bay. Locals who were sympathetic to the American cause met some American sailors and took them to St. George's magazine, where they quickly overcame the single sentry. From the building's roof, one of the sailors was let down through the air vent to unlock the door from the inside, where he had to be careful not to make any spark that would set the gunpowder on fire.

The citizens then rolled around 100 barrels of gunpowder to the shore where it was put on whaling boats and transported to the American ships. St. George Tucker, one of Colonel Tucker's sons, was 22 at the time and later told how he helped roll the gunpowder to the shore. He would later become an influential judge and author in Virginia.

The following morning, when the theft of the gunpowder was discovered by Governor Breure, he sent a customs ship after the fleeing ships, which were seen on the horizon. The ship was severely outgunned though and returned empty handed. Half of the gunpowder was delivered to Charlestown, while the other half went to Philadelphia.

Only a few weeks later, George Washington would dispatch ships to confiscate the same gunpowder, not realizing it had already been captured. Bermudians, who were naturally predisposed to side with the American patriots, eventually sided with Great Britain in the war when Congress reinstated its trade embargo and the island was left without food. The Bermudian shipping industry turned to privateering for supplies and wreaked havoc on American shipping throughout the rest of the war.

Return to top of the Bermuda Gunpowder Plot