On this day in history, August 17, 1790, the Newport Jewish congregation addresses George Washington. Washington traveled to all 13 states during his years as President, but he had deliberately skipped Rhode Island when he toured New England because Rhode Island had not yet adopted the US Constitution and, therefore, was not part of the United States. Once Rhode Island finally ratified in May of 1790, Washington immediately planned a trip to visit the state.

Newport, Rhode Island saw much destruction as a result of the Revolutionary War. When the town was occupied by the British, patriots were forced to flee their homes, which were then occupied and wrecked by British soldiers. Later, after the war was won, Loyalist citizens were forced to flee and leave their property. Newport never really recovered its glory days as one of North America's leading cities of commerce. 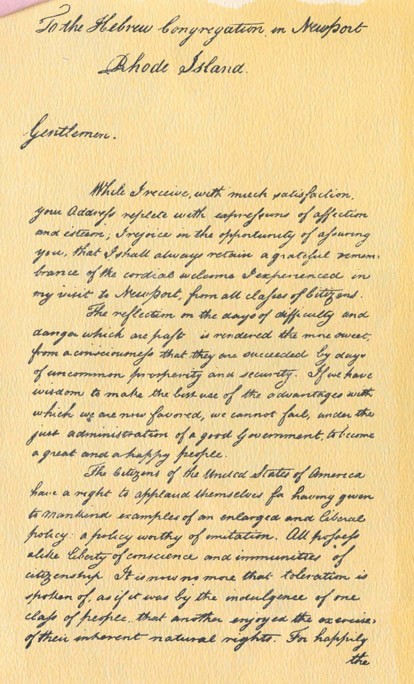 Page 1 of George Washington's reply to the Newport Jewish congregation

The first Jewish congregation was founded in Newport in 1658, when 15 Spanish and Portuguese Jewish families arrived from the West Indies. Congregation Yeshuat Israel met in the homes of its members for over a century before building a synagogue in 1763. When Washington arrived in Newport on August 17, he was received by a large throng of people and addresses to him representing several groups were read in a public ceremony. 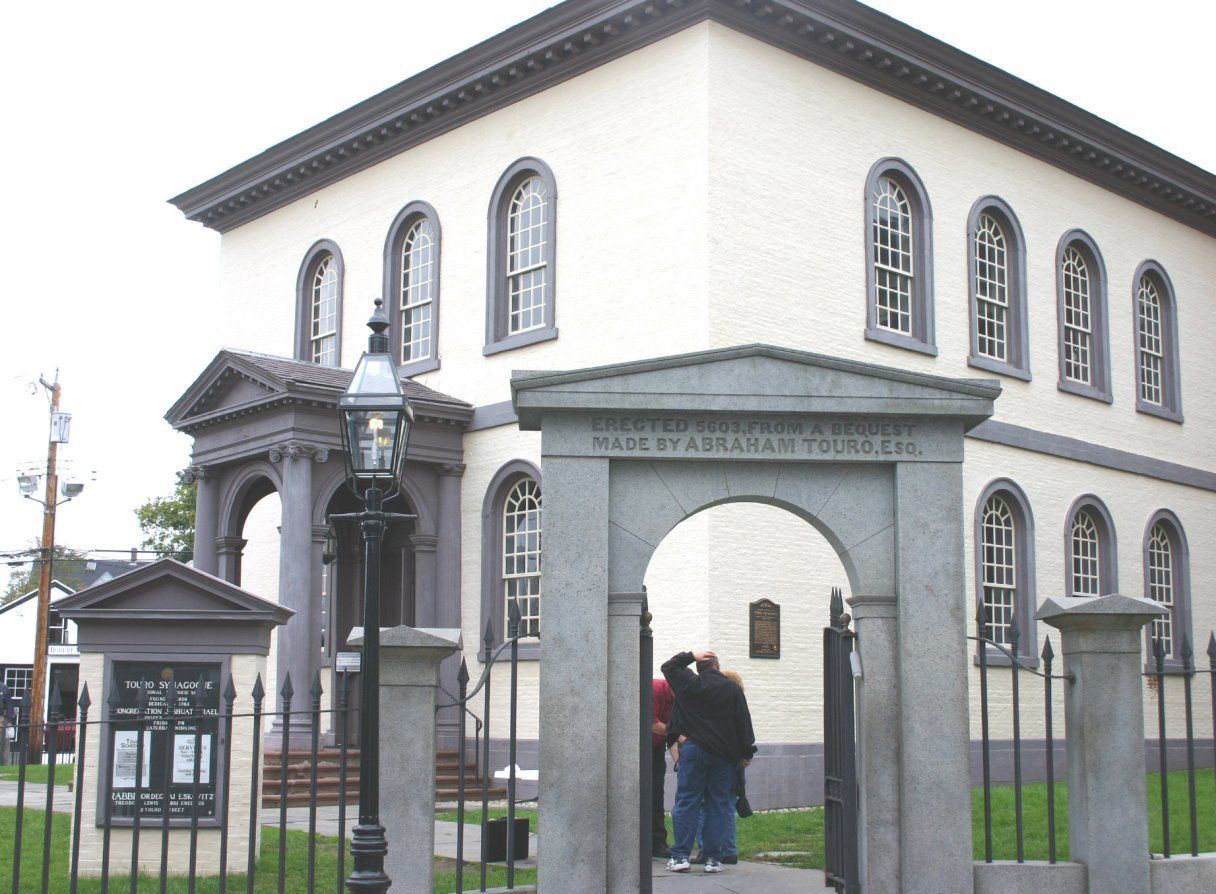 The warden (a sort of lay leader) of Congregation Yeshuat Israel, Moses Seixas, represented the Jewish congregation at the ceremony and read an address that praised Washington and gave God thanks for protecting him during the war. The letter expressed the congregation's gratefulness for civil and religious liberties in the new United States, precious gifts that Jews in other nations did not enjoy.

Washington's response to the congregation's address has come down as one of the great expressions of religious liberty of the Founding Fathers. Washington wrote a reply a few days later in which he expressed thanks for the good wishes from the congregation. He expressed how the government of the United States gave everyone freedom of conscience, as long as they conducted themselves as good citizens. He then affirmed that the Jews had every right to dwell safely in the United States.

Congregation Yeshuat Israel still meets in the same synagogue in Newport today. Touro Synagogue, as it is called, is the oldest still standing synagogue building in the United States. Every year, Seixas' and Washington's letters are read in a ceremony celebrating religious toleration at the synagogue.