The Battle of Fallen Timbers

On this day in history, August 20, 1794, the Battle of Fallen Timbers ends the Northwest Indian War and opens the Ohio territory to American settlement. At the end of the American Revolution, the Treaty of Paris stipulated that the British must abandon their forts north of the Ohio River and below the Great Lakes west to the Mississippi, turning this area over to the United States. This area was called the Northwest Territory.

The Indian tribes located in this area had no representatives during the negotiations in Paris and did not recognize the treaty. The American government considered the land to be fairly conquered territory in war. The American reasoning was that since these Indians were allied with the British during the Revolution, their claim to the land had been forfeited by losing the war. 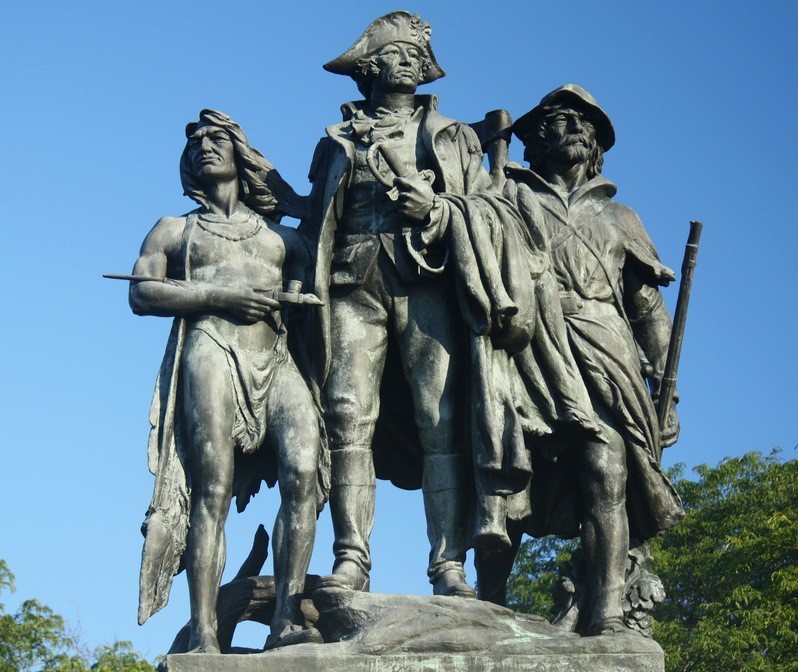 American settlers began spilling across the Ohio River from Kentucky and other places after the Revolution. The Indians, which had already been driven back from their traditional hunting grounds in Kentucky, formed a confederation of tribes to resist the white settlement of Ohio, under Shawnee Chief Blue Jacket, Delaware Chief Buckongahelas and Miami Chief Little Turtle.

As attacks on white settlers increased, the American government tried to deal with the Indians by sending several expeditions into the area. In 1790 and 1791, two American expeditions suffered over 1,000 casualties at the hands of the Indians. In response, President George Washington and Secretary of War Henry Knox formed the Legion of the United States, a special division of the United States Army to deal specifically with the northwest Indian threat. 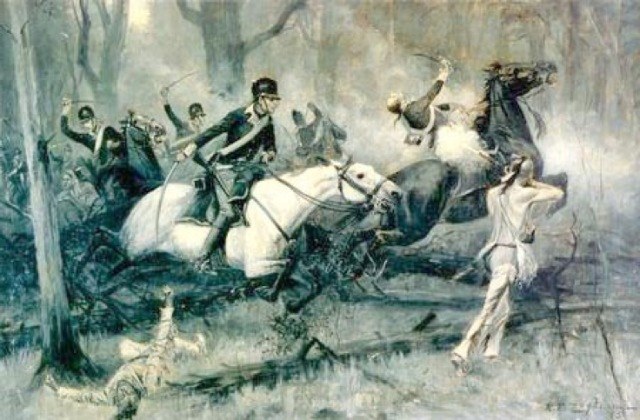 The Battle of Fallen Timbers by RF Zogbaum from Harper's Magazine, 1896

Major General "Mad" Anthony Wayne, a Revolutionary War hero, was given command of the Legion, which began forming at Pittsburgh in the fall of 1792. In 1793, Wayne and the Legion began marching north from Fort Washington (Cincinnati), constructing a string of forts along the way to supply the troops.

The decisive battle finally came when the Legion met Chief Blue Jacket on the Maumee River in northwest Ohio near present day Toledo. The Indians chose to make a stand in an area that had recently been hit by a tornado. All the trees were fallen, hence the name of the battle, and provided natural roadblocks to Wayne's advancing troops.

Wayne had twice as many troops as the Indians, 3,000 to 1,500, and the Legion was quickly able to overcome them. The fleeing Indians fled to the nearby British Fort Miami, but Major William Campbell would not open the fort to the Indians, not wishing to start a conflict with the Americans. As the Indians scattered, Wayne's troops destroyed villages in the area and finally returned home.

The Battle of Fallen Timbers turned out to be the last major battle of the Northwest Indian War. The loss pushed the Indians to the negotiating table and most of present day Ohio was ceded to the Americans by the Treaty of Greenville on August 3, 1795.

Return to top of the Battle of Fallen Timbers