The Battle of Camden

On this day in history, August 16, 1780, the Battle of Camden is the worst American tactical loss of the Revolutionary War. In the battle, Major General Horatio Gates loses nearly 2,000 men to the British and has his commission taken away as a result.

Horatio Gates was the victor at the Battle of Saratoga, one of the pivotal battles of the American Revolution. Gates forced British General Richard Burgoyne to surrender his entire army at Saratoga, a victory that led France to join the Americans who proved they could take the fight to the British. 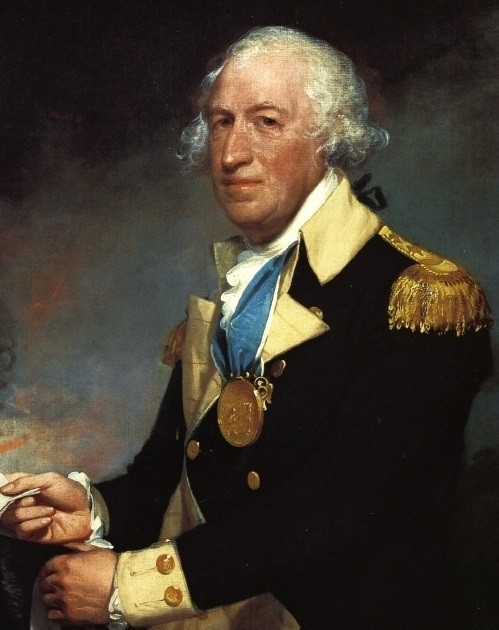 When the British took the battle to the south by capturing Savannah in December, 1778, and Charleston in January, 1780, the Continental Congress put Gates in command of the Southern branch of the Continental Army, hoping he could stem the growing British occupation, which, by May of 1780, had engulfed all of South Carolina and Georgia.

Gates arrived in North Carolina in July and began gathering a new army, more than half of whom were untried militia. Gates' army marched into South Carolina through heavily Loyalist territory toward Camden. On August 16, an army of 2,100 British soldiers under Lieutenant General Charles Cornwallis arrived at Camden to meet Gates' 3,700 men. 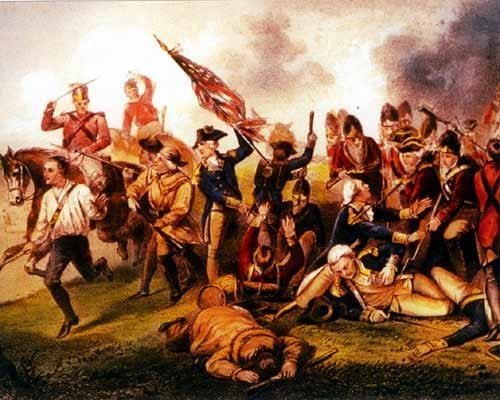 Gates inexplicably placed his least trained men, 2,500 North Carolina militia, against the best trained British officers, while placing his best trained Continental soldiers against the weakest part of Cornwallis' army. The armies faced off early in the morning and the British were the first to fire upon the green militia troops. When scores of their brothers fell all around them, the militia immediately scattered. General Gates, who had been waiting with the reserve troops in the rear, fled as well when he saw the militia run.

The Continental troops on the right flank put up a stiff fight and nearly broke the British lines, but they were eventually overpowered by the overwhelming British numbers and a cavalry charge. Johann de Kalb, a German born officer who was serving as a Major General in the Continental Army, received a mortal wound in the battle. In only one hour of fighting, the Americans lost 2,000 soldiers. Over 1,000 were captured and over 900 were killed or wounded. The British had only 69 killed with 245 wounded.

The Battle of Camden is typically viewed as the worst tactical loss to the Americans in the Revolution. Gates seemed to be overconfident from his victory at Saratoga. He was in heavily Loyalist territory far from adequate supply lines; his misplacement of troops on the front lines led to a rout; and he severely underestimated the strategic skills of General Cornwallis.

After the battle, General Gates ran for three straight days north into Virginia. For his role in the debacle, Congress stripped him of his command and began procedures to court-martial him. The Southern command was given over to General Nathanael Greene. Gates never received another field command during the war, but he was able to escape an actual court-martial after some of his defenders in Congress stood up for him. Fortunately, the very able Nathanael Greene was able to take the abysmal situation in the south and turn it around quickly. In less than a year, Greene was able to reconquer South Carolina and Georgia and trap General Cornwallis in Virginia, the victory that secured the end of the American Revolution.

Return to top of the Battle of Camden