On this day in history, March 5, 1770, the Boston Massacre leaves five dead civilians on the streets of Boston after British soldiers fire on them. The Boston Massacre is often thought of as one of the pivotal events leading up to the American Revolution because it galvanized colonial opinion against the British.

British soldiers were stationed in Boston after the creation of the Townshend Acts, which taxed various items in the colonies. The colonists protested the taxes because they had no representatives in Parliament and deemed it against the law to be taxed by a body in which they had no representation. They began harassing customs officials and the soldiers were sent to protect the officials. 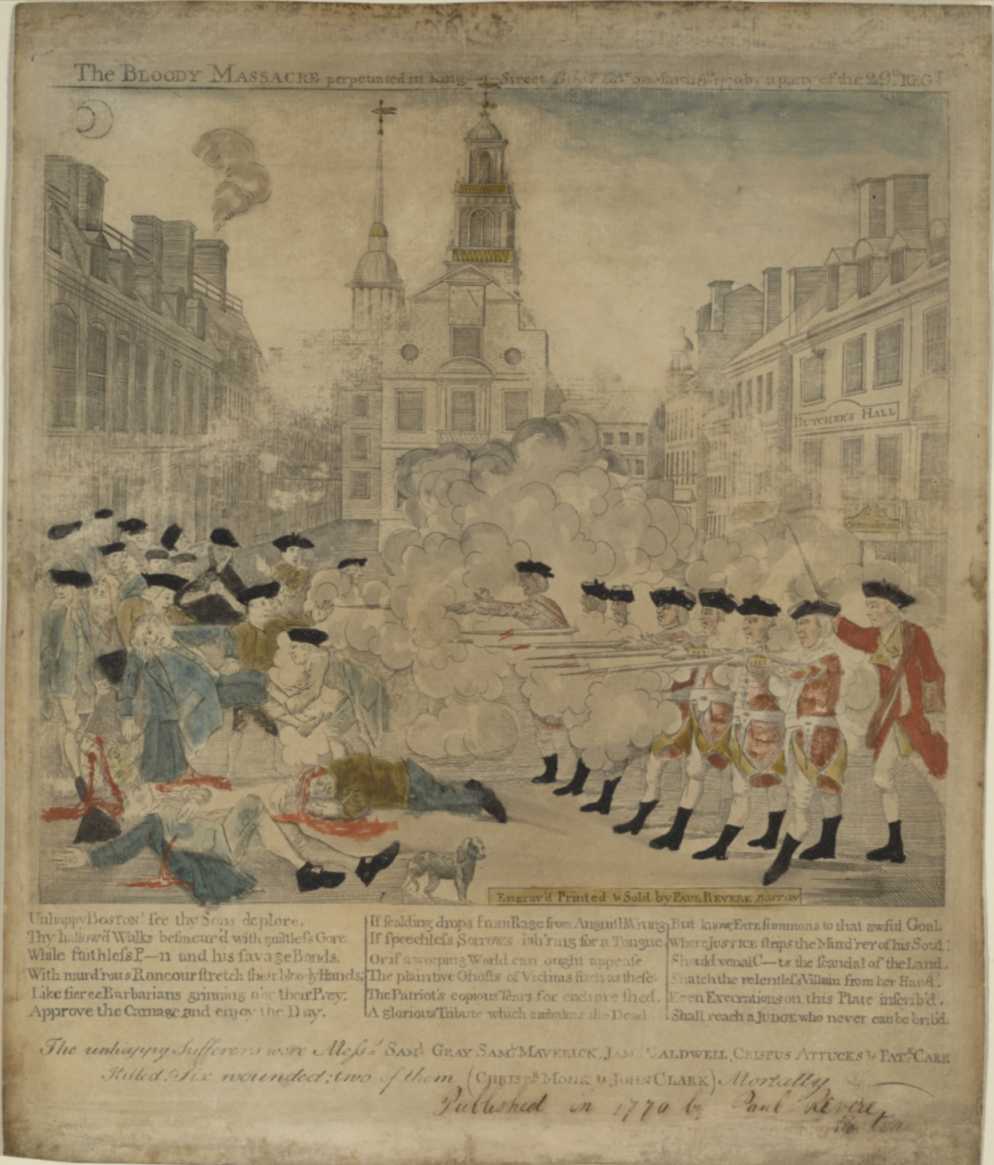 The Bloody Massacre perpetrated in King Street, Boston on March 5th 1770 by a party of the 29th Regiment by Paul Revere

Bostonians were outraged that their city was occupied and constantly harassed the soldiers. On March 2, 1770, a fight broke out between soldiers and employees of Gray's Ropewalk, where ropes were made for ships. The soldiers lost the fight and began planning revenge on the city. On the evening of March 5, bands of soldiers roamed the city, harassing anyone they met. Many citizens were struck or knocked down, even struck with swords. The citizens finally began to organize for protection. 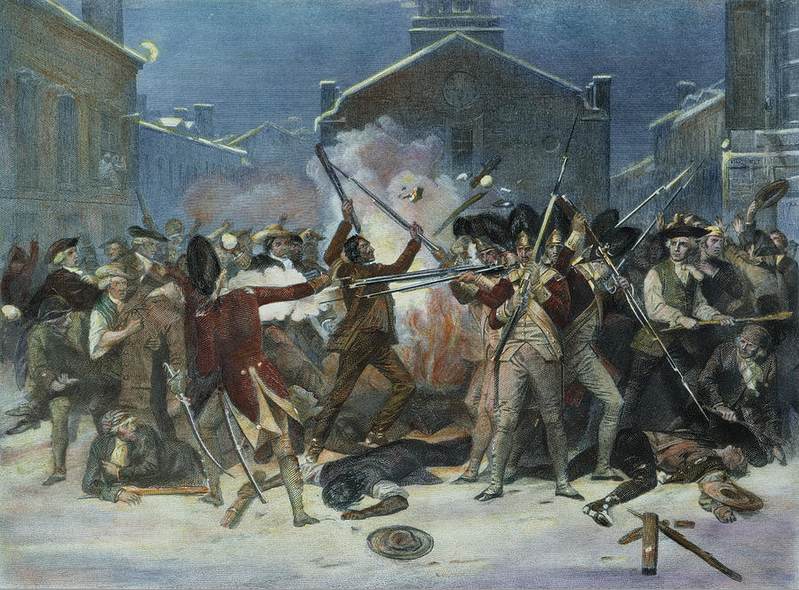 At the Custom House on King Street, a teenage boy yelled epithets at a passing soldier. Private Hugh White was guarding the Custom House and got angry with the boy. He struck him in the face with his gun and this caused a crowd to gather which started pelting White with anything they could find. Several other soldiers gathered to defend White, but as the crowd pressed in and threw things at them, someone fired into the crowd.

The first shot encouraged the other soldiers and several rounds were fired. Eleven civilians were shot, five of whom died within days. This tragic event brought thousands of Bostonians into the streets and an all out war nearly broke out as the entire Boston regiment was called out. Things finally simmered down though when officials promised to take the soldiers from the Custom House into custody.

After many months, the soldiers were tried in court. Captain Preston, the leader, was acquitted, the jury determining he did not give the order to fire. Six of the eight soldiers were acquitted for lack of evidence, but two were convicted of a lesser charge of manslaughter. They were, however, allowed to go free after using an arcane defense that let them be branded on the thumb instead.

In spite of the fact that the citizens wanted to see a guilty verdict, the town remained calm. They were justly alarmed at the actions of the British soldiers, but they also did not want mobs exacting justice on people. A young John Adams represented the soldiers in court and, though it hurt his career initially, he later said defending the soldiers was the most generous act of his life.