The Brigantine General Arnold leaves Boston on its fateful mission 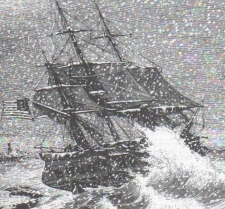 On this day in history, December 24, 1778, the Brigantine General Arnold leaves Boston on its fateful mission to the West Indies, only to be caught in a massive snowstorm off Plymouth Rock and to be dashed to bits in the freezing surf. The General Arnold was a private ship that had received a Letter of Marque from the Government of Massachusetts, allowing it to be outfitted for war and to capture enemy ships, both merchant vessels and warships.

The General Arnold set off on the 24th, captained by James Magee and operated by 105 crew members, intending to go to the West Indies to capture British ships as prizes. Captured ships and their cargo were given as awards to crews who captured them and making privateering a very lucrative enterprise.

Unfortunately, the crew of the General Arnold ran into a severe noreaster the very next day off of Plymouth Harbor. The storm was so severe that Captain Magee began to make for Plymouth Harbor, intending to take refuge from the storm. Arriving at Gurnet Point, the outermost point of Plymouth Bay, the Captain dropped his anchor because there was no pilot boat to guide him the rest of the way. Pilot boats were captained by local seamen who were familiar with the local shoals and sandbars who guided larger ships and captains who were unfamiliar with the local seascape into safer waters.

The snowstorm was so bad, however, that no pilot boat arrived. By the 26th, the wind was so severe that the General Arnold began to be pushed to the point of dragging its anchor, eventually running aground on a sandbar on White Flats. The men took refuge below deck, but the ship's seams began to rupture and the hull filled with water, forcing them back to the deck. 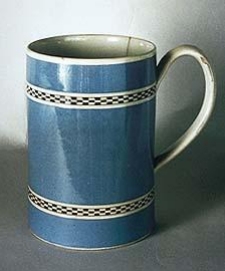 When the tide came in, waves washed over the deck of the ship. Ice and snow covered both ship and crew and the men began to succumb to the cold. Some of them allegedly filled their boots with rum to prevent their feet from freezing (alcohol does not freeze if the percentage of alcohol is high enough). Some of the dead washed overboard, while others froze to death holding each other to keep warm or holding onto the ship's rigging to keep from washing overboard.

By the 27th, townspeople in Plymouth were aware of the ship, which was a mile off the shore. They were able to stand along the harbor and hear the cries of the men on the ship in the distance. The whole event cast a pall of gloom over the town's Christmas celebrations. Several attempts were made by the residents of Plymouth to send rescue boats to the doomed ship, but they were forced to turn around because of the treacherous ice floes which had developed on the harbor.

Finally, on the 28th, they were able to construct a sort of bridge across the harbor across the tops of large chunks of ice. They sent sleds over the sea to rescue the survivors. By this time, seventy-two of the crew had perished. There were only 33 survivors, 9 of whom died after getting to shore.

The disaster of the General Arnold is just one in a long string of sacrifices that many of our forefathers made during the American Revolution. The disaster shows their heroism and the treacherous conditions the sea could bring. A mass grave was dug for many of the dead in Plymouth, most of whom remained unknown because the captain had not yet logged the names of the crewmembers. A monument was erected over the site in 1862.