Savannah, Georgia is captured by the British army 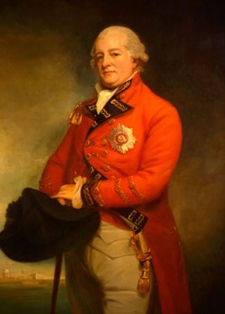 On this day in history, December 29, 1778, Savannah, Georgia is captured by the British Army in the First Battle of Savannah, the first strike of the new British southern campaign aimed at taking back control of the rebellious southern colonies. With the entry of the French on the side of the Americans after the victory at Saratoga, British commanders were forced to reassess their entire war strategy, involving a withdrawal from captured Philadelphia and a new effort designed to take back Georgia, the Carolinas and Virginia.

The Southern Strategy relied on the British belief that Loyalist sentiment and numbers were very strong in the south and could be exploited to more easily put down the rebels there. Lieutenant Colonel Archibald Campbell left New York City with a force of 3100 men on November 26 and arrived off Tybee Island, near the mouth of the Savannah River on December 23.

Savannah was defended by a small group of Georgia militia and Continental Army soldiers under the command of General Robert Howe, but he only had about 650 soldiers to defend the town. When Howe learned that Campbell had begun landing his troops south of the city, his men took up positions between them and the town. 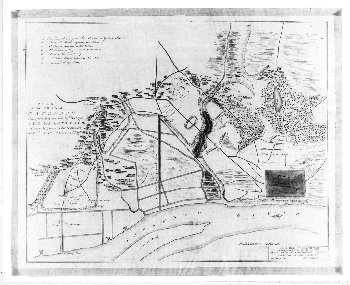 As Campbell's men advanced toward them, a slave told Campbell of a path through the swamp that would bring them in behind Howe's men. The path was followed and Howe was surprised from the rear. His position was quickly overtaken and his army scattered, many fleeing into the swamps. Some escaped to the north, others into the town, while still others drowned trying to swim across Yamacraw Creek. 83 Americans died and more than 450 were captured in what is known as the First Battle of Savannah. The British lost only 7 killed and 17 wounded.

Campbell took over Savannah and within eighteen months the British had near complete control over Georgia and South Carolina. General Howe took the blame for the loss of the city, but was exonerated in a court-martial for the incident. Other commanders believe he should have engaged the British forces at their landing site and prevented them from disembarking.

A major offensive was made to retake Savannah by American Major General Benjamin Lincoln and French Admiral Charles Hector, Count D'Estaing in October, 1779, but the attempt failed, turning into one of the most bloody losses of the war for the Americans. The city of Savannah would remain in British hands for the entire rest of the war and would not be retaken by the Americans until the British withdrawal in July, 1782.