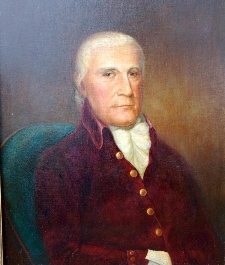 On this day in history, December 30, 1803, Declaration of Independence signer Francis Lewis dies. Lewis was a New York delegate to the Continental Congress and a member of the New York Provincial Congress who saw more personal tragedy as a result of the American Revolution than most of the other Founders.

Francis Lewis was born in Wales and was orphaned as a young child. He was taken in by an aunt and uncle and was schooled at Westminster School in London. Lewis went to work at a London counting house where he learned about business. In 1735, at the age of 22, he sold all the property he had inherited from his father and invested it in merchandise. He moved to America and established mercantile houses in New York and Philadelphia with his goods, eventually becoming a financial success, traveling all over Europe and to Russia and Africa in his mercantile pursuits.

During the French and Indian War, Lewis served as a mercantile agent, supplying uniforms to the British army. In 1756, while he was serving as an aide to General Hugh Mercer at Fort Oswego on Lake Ontario, the Fort was captured by French General Louis-Joseph de Montcalm. Lewis was sent as a prisoner to France where he remained for several years until his release. Upon his release, Lewis returned to America and was rewarded with 5,000 acres of land for his service to the British government. 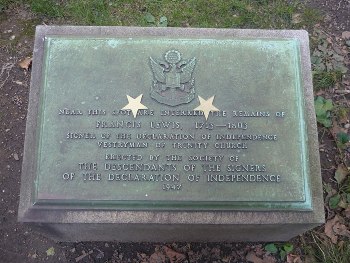 In 1765, Lewis retired from business, moved his family to his estate at Whitestone (now Flushing), New York and became involved in politics. He is believed to have been a member of the New York Sons of Liberty and served on several early committees of the fledgling New York state government.

In 1775, Lewis was elected to the Continental Congress. He was not allowed to vote for independence on July 2, 1776 due to his state's reluctance to break from England, but he did sign the Declaration on August 2nd. Later that month, British General William Howe invaded Long Island. Lewis' home was ransacked and burned and his wife captured. She remained in British custody for some time and was so poorly treated that she became severely ill. A prisoner exchange could not be conducted for some time because the Americans did not have a female prisoner of equal rank to exchange, but George Washington was able to finally arrange her release. Mrs. Lewis never recovered from her illness and died in 1779.

Most of Francis Lewis' wealth was destroyed or spent during the war. He continued to serve in the Continental Congress as a delegate from New York until 1779 when he was appointed to oversee the Board of Admiralty. He signed the Articles of Confederation, America's first governing document, in 1778. In his old age, Lewis became a vestryman at Trinity Church in New York City, where he was buried when he died at the age of 90 on December 30, 1803.