On this day in history, April 6, 1776, the Continental Navy loses the Battle of Block Island, one of the first important naval engagements of the American Revolution. American naval commander, Commodore Esek Hopkins, had taken a fleet of ships to the Bahamas early in the year where they captured Nassau, a large supply of munitions and the Royal Governor, Montfort Browne. Hopkins sailed on the US Navy's flagship, the Alfred, at the head of six other ships.

On the return voyage, the fleet sailed near Block Island, south of Newport, Rhode Island, the location of a large British fleet. On April 4 and 5, the Americans met and captured two British ships, the HMS Hawk and the HMS Bolton. The Americans then took some of their crews to man the captured ships. 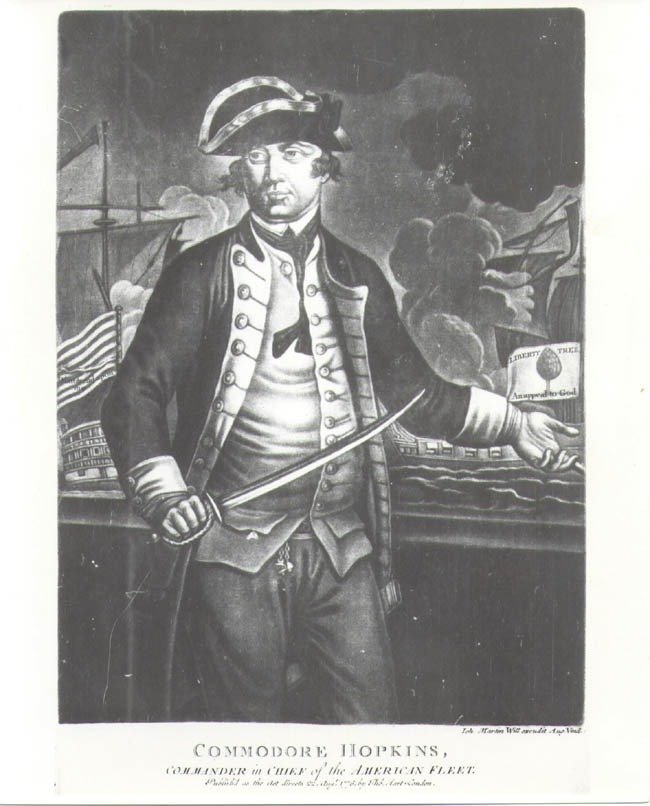 Early on the morning of April 6, the fleet spotted the HMS Glasgow, captained by Tryingham Howe, several miles southeast of Block Island. The Glasgow was heading to Charleston, South Carolina with dispatches for another fleet that was intending to capture Charleston. When the Glasgow saw the fleet, it approached in the dark and hailed the USS Cabot, captained by Commodore Hopkins' son, John. Just then, one of the sailors on the Cabot threw a grenade onto the deck of the Glasgow and a battle that would last for the next six hours ensued.

The 20 gun Glasgow was a small ship compared to other British ships, but she was still more powerful than the less well-armed American ships. In addition, the American ships were undermanned, having put crew on both of the captured ships. The American ships were also heavily weighed down with the spoils from Nassau and slow in the water, not to mention the fact that the Americans were tired after a long voyage and several days of bad weather. 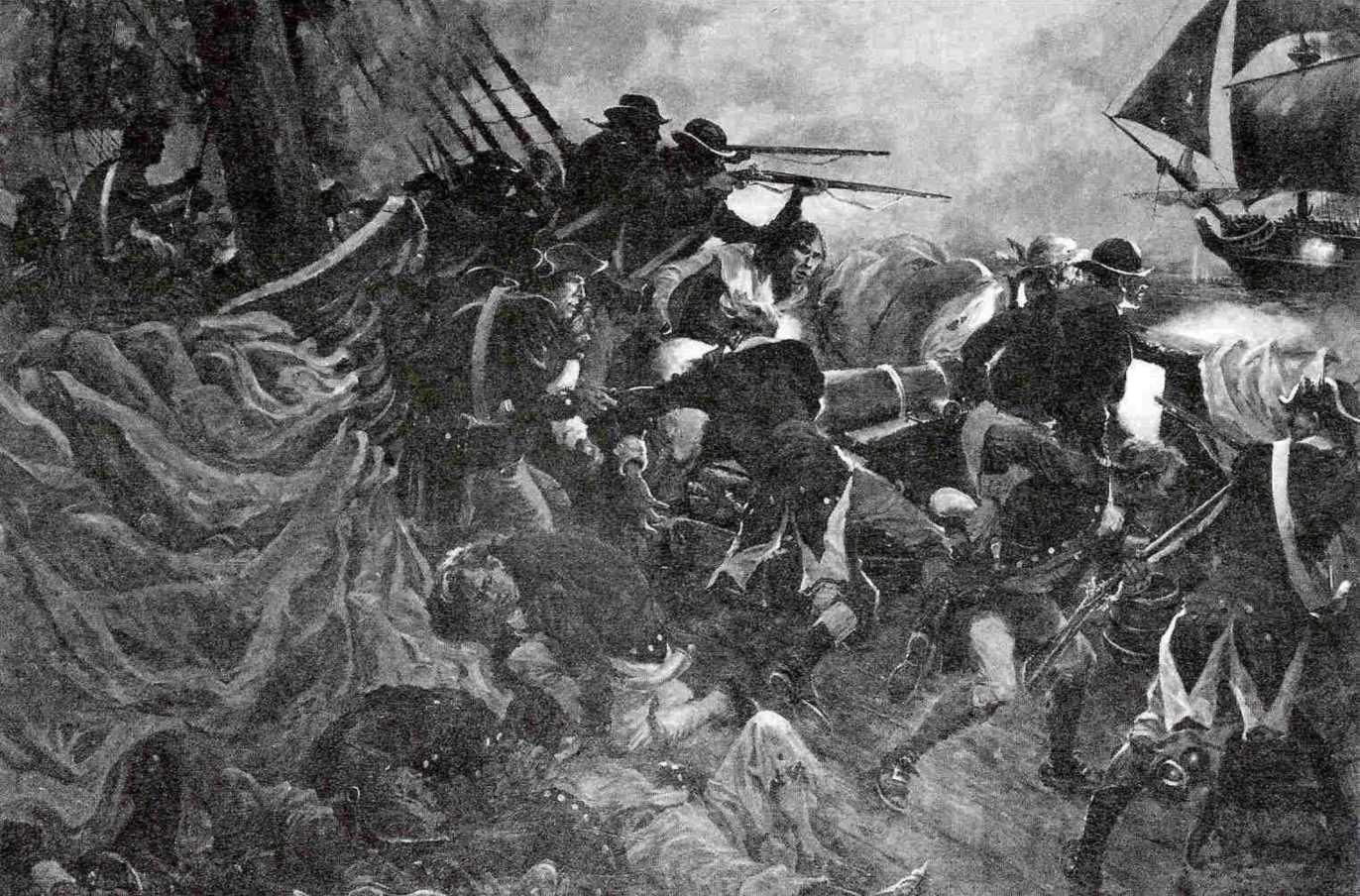 Click to enlarge
The Battle of Block Island
by Major Charles H. Waterhouse
Shows the battle from the deck of the USS Alfred.
The HMS Glasgow is in the distance at the right.

Both the Cabot and the Alfred were soon disabled and began to drift. The USS Andrew Doria had a hard time coming to their aid because it had to avoid their unpredictable drifting. Continuous musket fire and cannon fire was exchanged between the ships, with all taking heavy damage. The fighting was so fierce that people on shore could hear the cannon fire and see the flashes on the horizon. By 6 am, the USS Providence and the USS Columbus had joined the fight and Captain Howe knew he had to break away. He broke for Newport, chased by the fleet, but Commodore Hopkins soon signaled a retreat. He couldn't afford to meet the British fleet at Newport. In all, 10 American sailors were killed and 14 wounded, while only 1 British sailor was killed, with 3 wounded.

The Battle of Block Island was a PR disaster for the Continental Congress. It made the American Navy look weak. 9 ships together were not able to capture one British ship. Several of the American captains were accused of cowardice and ineptitude. Captain John Hazard of the Providence was charged with neglect of duty and fired. Captain Abraham Whipple of the USS Columbus was accused of cowardice and demanded a court-martial, which exonerated him.

Commodore Hopkins was censured for insubordination for going to the Bahamas in the first place (he was supposed to go to Virginia) and for delivering some of his captured cargo without orders. This was the beginning of a series of confrontations between Hopkins and Congress that led to his dismissal in 1778. British Captain Howe was awarded with command of the 32 gun HMS Thames for his actions in the battle.