On this day in history, May 24, 1775, John Hancock is elected President of the Continental Congress. John Hancock's father and grandfather were both ministers and Hancock likely would have become a minister also if his father hadn't died when he was a boy. Instead, Hancock was raised by his wealthy uncle, Thomas Hancock. Thomas trained John to take over his business, which he did at the age of 27 when Thomas died, making John one of the wealthiest men in the colonies.

Hancock became involved in the boycotts against British goods in the 1760s and found himself in the center of riots against Great Britain when his ship Liberty was impounded for alleged smuggling. Hancock was a prominent leader of the Boston Town Meeting, which often published incendiary statements against Parliament. When Governor Thomas Gage disbanded the Massachusetts Colonial Assembly in 1774, Hancock was chosen the first President of the rebel Provincial Congress.

Shortly afterwards, Hancock was chosen to attend the Second Continental Congress. He was elected the Congress' third President on May 24, 1775, after Peyton Randolph and Henry Middleton. Hancock was the longest serving president of Congress, serving for almost 2 1/2 years during the critical opening years of the Revolution. During his term, Hancock signed the commission of George Washington as commander-in-chief of the Continental Army. Hancock was quite disappointed that he was not given the position himself, but did all he could to support Washington. In his role as President, Hancock was also the first to sign the Declaration of Independence, in large letters, allegedly so the King wouldn't fail to see it. 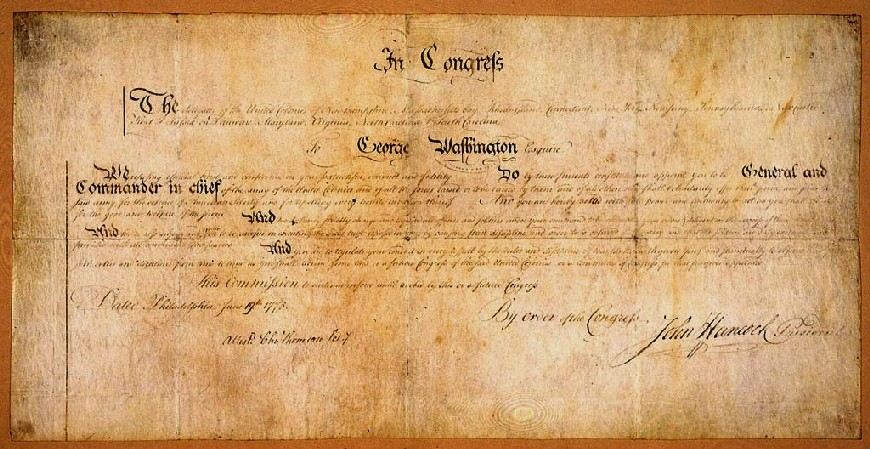 Hancock was a lifelong sufferer from gout, a debilitating joint disease, and was eventually forced to leave the position of President due to the illness, even though he continued in Congress until 1780. He signed the Articles of Confederation, America's first governing document in 1778. Hancock's desire to serve in battle was finally rewarded when he became a leader of the failed American attack on Newport, Rhode Island in late 1778. The failure of the mission, however, caused much criticism to himself and other leaders involved.

Hancock was one of the most popular politicians of the Founding Fathers, especially in his home state of Massachusetts, where he often won the governorship with more than 80% of the vote. Hancock finally passed away at the age of 56 in 1793. He is buried in Boston's Old Granary Burying Ground with such other notable people as Samuel Adams, Paul Revere, James Otis, Robert Treat Paine, the parents of Benjamin Franklin and the five people killed in the Boston Massacre.