On this day in history, April 4, 1818, Dr. John Warren, Continental Army surgeon dies. Warren was the founder of Harvard Medical School and the younger brother of Boston patriot Dr. Joseph Warren. John Warren was born in Roxbury, Massachusetts and attended Harvard College at the age of 14. He graduated in 1771 and went into practice with his older brother, Dr. Joseph Warren, as an apprentice and assistant. After his apprenticeship, John stepped out and opened his own practice in Salem.

Before the Revolution began, Warren joined the Roxbury militia under Colonel John Pickering. After the war broke out in Lexington, this regiment marched to Cambridge where Warren served in the military hospital. On June 17, the younger Warren worried about his brother Joseph as the cannon fire rang out from the Battle of Bunker Hill. 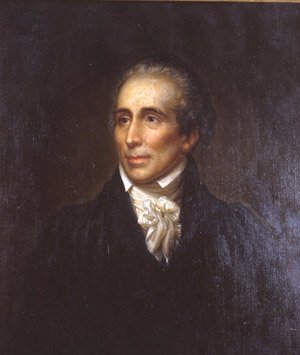 Once the battle was over, Joseph was missing and John set about asking everyone he could if they knew what had happened to him. At one point, John attempted to enter the battlefield at Charlestown. A British sentry would not let him pass into the area and stabbed him with his bayonet when John would not give up. He bore the scar for the rest of his life. It was several days before John learned for certain that Joseph was killed at the battle.

After this, John was appointed the senior surgeon in the Continental Army hospital at Cambridge. He was only 22 years old. When the British finally evacuated Boston the following year. John marched with General George Washington to New York to assist in the defenses there. During this period, Warren was heavily involved with small-pox inoculations of civilians and troops and became particularly known for success with this vaccination. 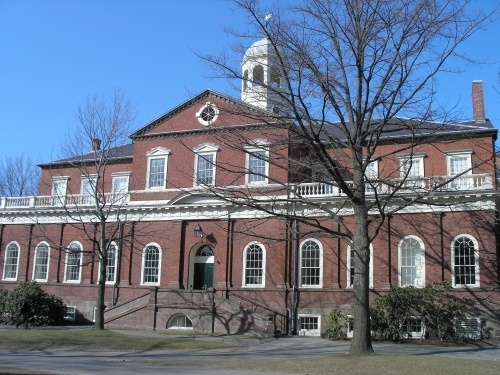 Harvard Hall Dr. John Warren's surgical classes were first held in Harvard Hall in 1783. The building is still standing and in use today.

When the British overran Long Island and Manhattan, Warren traveled with the Continental Army in its retreat across New Jersey, staying with them through the Battles of Trenton and Princeton and through the winter of 1776-77. During this time, Warren honed his surgery skills. By July of 1777, the young Dr. Warren had been transferred back to Boston to oversee the military hospital there. Warren became known for his teaching skills at the hospital as he taught other surgeons. This eventually led to him teaching medicine at Harvard and the founding of Harvard Medical School.

Warren achieved several major accomplishments, such as performing the first abdominal surgery in America, teaching anatomy and surgery at Harvard for 30 years and founding the medical school in 1782. Dr. John Warren passed away on April 4, 1815 from heart and lung disease. His son, John Collins Warren, followed his father's footsteps and became one of the most famed surgeons of the 1800s. He performed the first surgery using anesthesia in history, helped found Massachusetts General Hospital, was a president of the American Medical Association and served as Harvard's first Dean of the Medical School.