The Mischianza is thrown for British General Sir William Howe

On this day in history, May 18, 1778, the Mischianza is thrown for British General Sir William Howe upon his resignation. It was the largest and most extravagant celebration the colonies had ever seen to that time. William Howe was the Commander-in-Chief of British forces in America. He had served at the Battle of Bunker Hill and led the invasion of New York.

Howe's tenure was controversial. He captured New York and Philadelphia, but failed to defeat George Washington's Continental Army. Howe finally resigned in late 1777 amidst a cloud of criticisms and received word that his resignation was accepted in April, 1778. Howe's military successes can be questioned, but nonetheless, he was extremely well liked by his soldiers. Several of his officers got together and planned a lavish ball and celebration, at their own expense, to honor his departure, which was called the Mischianza, which is Italian for "medley." 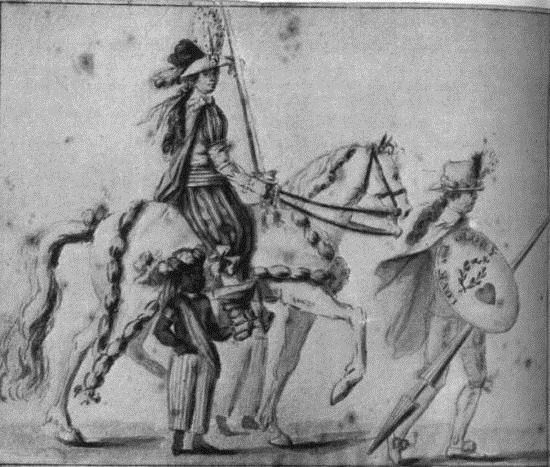 This picture shows how the knights looked at the Mischianza. It was drawn by John Andre for a memento book of the event for Peggy Chew, one of the guests.

The grand event was not merely a ball though. It was a grand display of opulence and extravagance, complete with a regatta sailing down the Delaware River, a jousting tournament, costumes, military bands, arches of flowers, a ball room and banquet hall constructed just for the occasion and fireworks and dancing that lasted into the night.

Captain John Andre, the captain who would later be hanged by the Americans for his role in the Benedict Arnold affair, was the main planner of the Mischianza. Andre was a soldier, but was also an artist, poet and singer. He personally designed the whole display from front to back. He painted murals, designed the tickets, ordered tons of food and built bleachers with covered awnings for the joust. 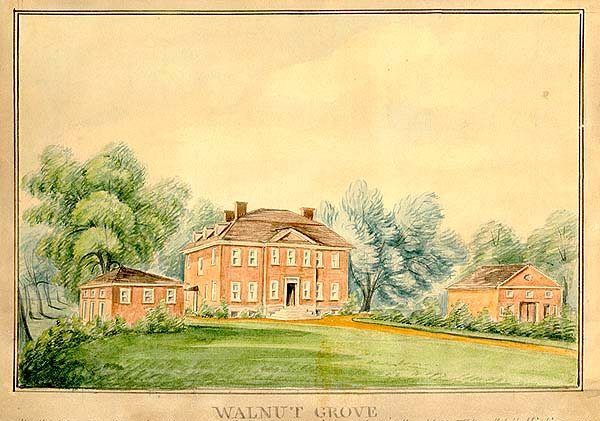 The affair began with a regatta sailing down the Delaware from Philadelphia. The boats were covered in flowers, banners and awnings and many of the leading citizens, mostly Loyalists, and top officers and officials were among the guests. The flotilla sailed down the river as most of Philadelphia watched from the shore and dozens of boats brought onlookers out to see the display. The procession landed south of town and made its way to Walnut Grove, the mansion of merchant Joseph Wharton, where they went to the jousting field.

12 knights fought for the hands of the most eligible maidens in town, which included the daughters of many leading citizens. After the joust, the procession walked to the ballroom, specially constructed for the occasion, where they were entertained all evening and finally secret doors were opened up to reveal a grand dining hall. Later in the evening, the fireworks began and the guests danced and drank until morning.

General Howe sailed for England a few days later where his leadership faced an inquiry by Parliament. The grandness of the Mischianza was questioned by Tories and patriots alike. Many felt the display was too extravagant, especially since Howe had failed to obtain any type of significant victory. Others criticized the lavish expense of the event while people all around Philadelphia, including George Washington's army, which was then at Valley Forge, were starving due to the war. In later years, the Mischianza came to be looked at with romantic sentimentality by those who remembered it. In reality, it probably reveals a good deal about why the British lost the war in the first place. Its chief officers were often more concerned with titles, rewards and promotions than they were with actually winning battles.