New Yorkers fight at the Battle of Oriskany

On this day in history, August 6, 1777, New Yorkers fight at the Battle of Oriskany, one of the bloodiest battles of the American Revolution. In the summer of 1777, British General John Burgoyne invaded New York from Canada. His first goal was to reach Albany, then to take control of the Hudson River valley, in order to separate New England from the rest of the colonies.

British Lieutenant Colonel Barry St. Leger commanded 800 British soldiers in western New York. He was ordered to march east to join Burgoyne's campaign. St. Leger's route was to march down the Mohawk River valley toward Albany, but he had to pass Fort Stanwix (or Fort Schuyler as the patriots called it) at present day Rome, on the way. St. Leger's troops, along with 800 Indians laid siege to Fort Stanwix beginning on August 2. 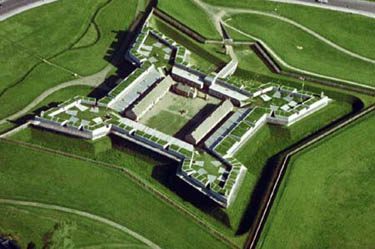 Meanwhile, Brigadier General Nicholas Herkimer of the Tryon County militia learned of the siege and ordered the militia to gather at Fort Dayton, 28 miles east of Fort Stanwix. Herkimer marched with about 740 militia and 100 Oneida Indians who allied with the patriots.

On August 5, St. Leger received word that the militia was coming. He sent out 450 men, mostly Seneca and Mohawk Indians to stop them. Herkimer sent out scouts to Colonel Peter Gansevoort at the fort with a plan for Herkimer's men to attack the British when Gansevoort signaled with 3 cannon shots. Gansevoort was then to make a sortie out of the fort as a distraction. Unfortunately, the scouts could not get through the British lines until after the battle began the next day. 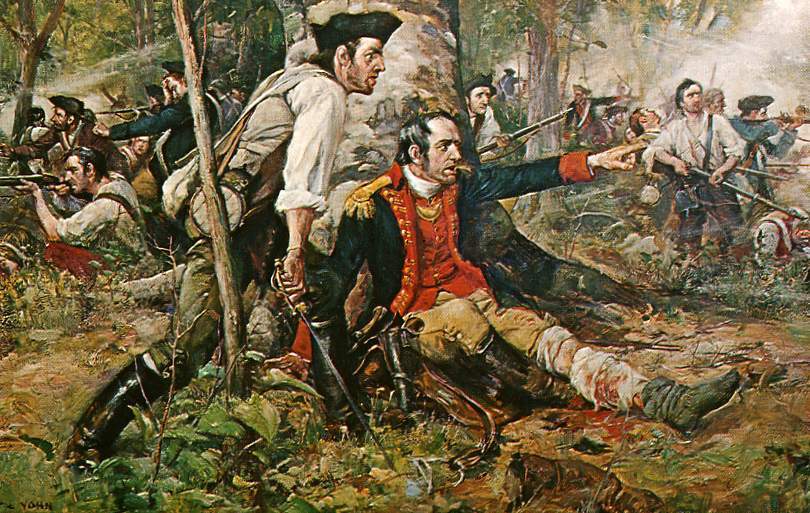 On the morning of August 6th, Herkimer sat waiting for the cannon signal. When it didn't come, his subordinates pressed him to attack anyway, even accusing him of being a Tory for not attacking. Herkimer finally ordered the attack, but as they marched through a deep ravine, they were ambushed from the sides by the Indians. The militia scattered and the Indians attacked with tomahawks. Hundreds were killed or wounded on both sides. General Herkimer was shot in the leg early on.

In the afternoon, a thunderstorm allowed Herkimer's men to regroup on the edge of the ravine. Herkimer sat wounded under a tree, smoking a pipe and issuing orders. The scouts finally reached the fort and Colonel Gansevoort sent out a sortie that raided the Indian encampments, stealing their supplies. When word reached the Indians, they abandoned the attack on Herkimer, who gathered his men and retreated back to Fort Dayton.

The Battle of Oriskany was one of the bloodiest of the war. 385 patriots were killed, with another 50 wounded and 30 captured, more than half of Herkimer's force. 15% of the British and Indian attackers were killed and injured as well. Nicholas Herkimer died from his wounds a few weeks later after an unsuccessful leg amputation.

The Battle of Oriskany marked the beginning of the Iroquois civil war between the Oneida and Tuscarora tribes, who were loyal to the patriots, and the other four tribes of the Iroquois Confederacy, the Mohawk, Seneca, Cayuga and Onondaga. The Siege of Fort Stanwix came to an end on August 22 when Benedict Arnold, who was still loyal to the Americans at this time, approached with a large army, forcing St. Leger back to the west.