On this day in history, July 3, 1778, the Wyoming Massacre takes place on the Pennsylvania frontier. After the American Revolution began, the British army in Quebec rallied Loyalists and Indians in the New York area to make attacks on colonial settlements. The Iroquois Confederation, made up of six separate tribes, split in its loyalties. 4 tribes fought with the British, while two sided with the Americans.

Major John Butler recruited Loyalists into a regiment known as "Butler's Rangers." Along with a large group of mostly Seneca Indians, he launched an attack on the Wyoming Valley in northeastern Pennsylvania in the vicinity of modern-day Wilkes-Barre and Scranton. The Wyoming Valley at the time had around 3,000 settlers in small villages and farms. A string of "forts," many of which were merely fortified houses or blockhouses, guarded the valley. 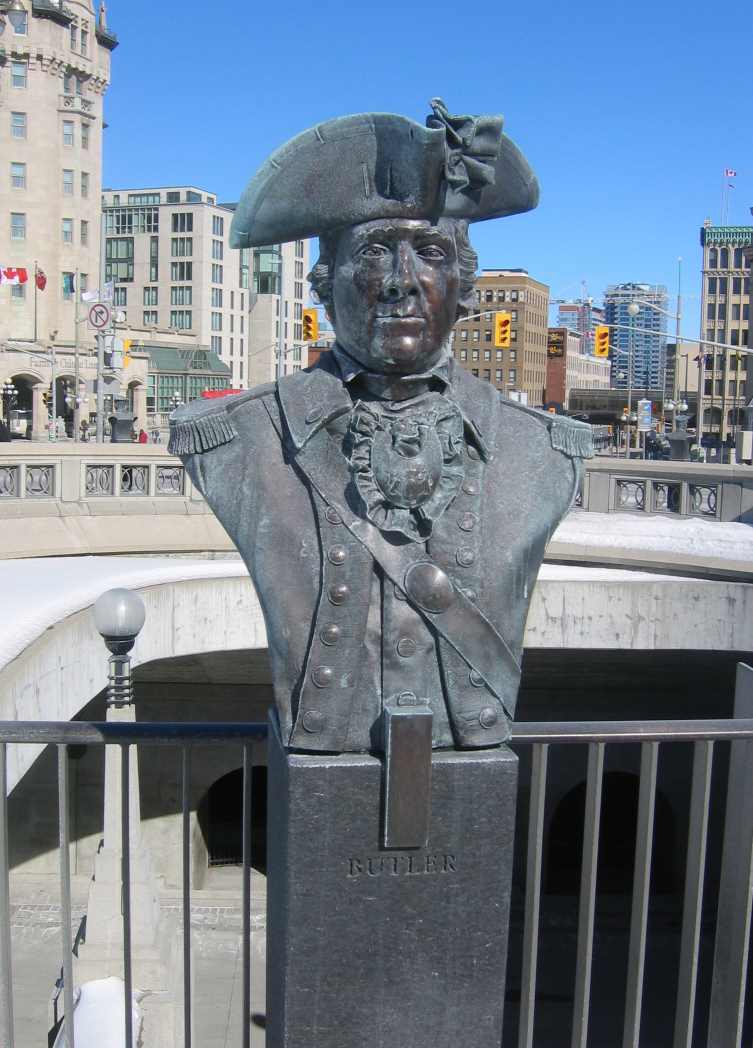 The invading force arrived on June 30, 1778. Settlers had received word that the invasion was coming and gathered into the forts. The largest group gathered at Forty Fort with the local militia, comprised of about 300 untrained farmers. The valley had sent most of its able bodied men away to fight in the Continental Army and the remaining militia was mostly made up of the old, the young and the feeble.

Major Butler quickly captured Fort Wintermute and Fort Jenkins with no resistance from the settlers. The militia at Forty Fort was in a quandary. Should they attack the invaders now, before their forces swelled even larger? Or should they wait for reinforcements to come? A vote was taken and 300 men marched out of Forty Fort on July 3. 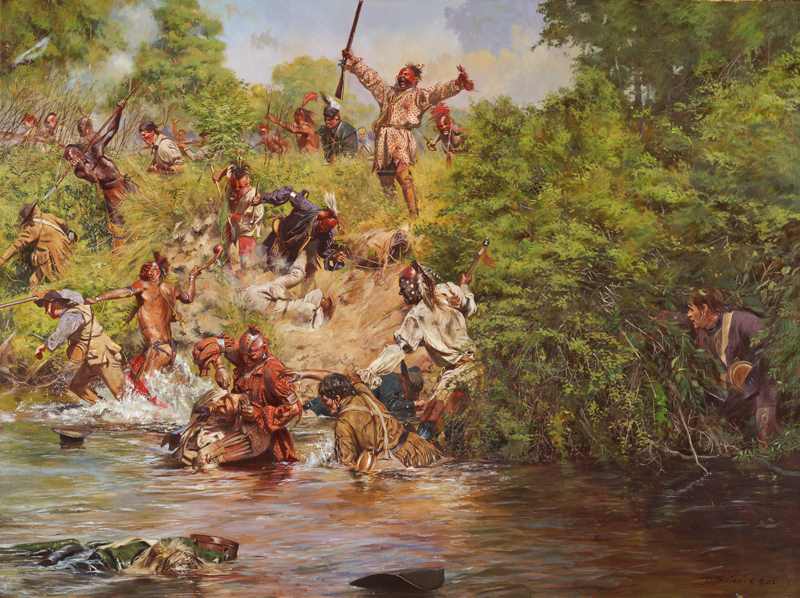 When Major Butler learned of the approaching militia, he ordered Forts Wintermute and Jenkins to be set ablaze and ordered his forces to take up battle positions. When the patriots saw the smoke rising from the burning forts, they believed the attackers had begun a retreat and marched onward all the more quickly – right into an ambush. Butler had ordered his Indian allies to lie flat on the ground to conceal themselves and not to attack until the patriots were on top of them.

The patriots fired several rounds, but the Seneca attacked from their hiding places when the militia was only a hundred yards away. Trapped between the Seneca on one side and the Loyalists on the other, the militia quickly fell apart and a complete rout ensued. Over 200 of the soldiers were killed in the chase and some were tortured. Major Butler boasted that 227 scalps were brought to him after the battle.

The settlers at Forty Fort quickly surrendered under favorable conditions. After signing the agreement, Major Butler left the area, but the Indians broke the agreement and plundered the entire valley. Over 1,000 homes were destroyed. Crops were burned. Clothing and goods plundered. Some settlers were killed if they resisted, but most were allowed to leave if they went peaceably. Nearly all the settlers fled the valley, with some dying from exposure or starvation in the wild.

The Wyoming Massacre and other attacks provoked a full military invasion by the Continental Army the following year. General George Washington sent the Sullivan Expedition under General John Sullivan, which destroyed numerous Iroquois villages. The attacks continued, but many Indians starved or were forced to flee to British Canada, never really recovering from the invasion.