On this day in history, April 26, 1777, British forces raid Danbury, Connecticut and destroy a large American supply depot. Western Connecticut was a staging ground for patriot activities against the British in New York. When former New York governor, William Tryon learned the Continental Congress had located a supply depot in Danbury, it gave him the perfect excuse for an attack into the region.

Danbury was strategically located about 20 miles from the Long Island Sound and about 35 miles east of the Hudson River, making it a perfect supply location for the Hudson River Valley, but sufficiently far inland to be safe from attack by sea. On April 22, Tryon left New York with about 1,800 soldiers on 16 ships. They landed between Norwalk and Fairfield, Connecticut on the 25th, in present day Westport. They camped for the night and resumed their march to Danbury in the morning. 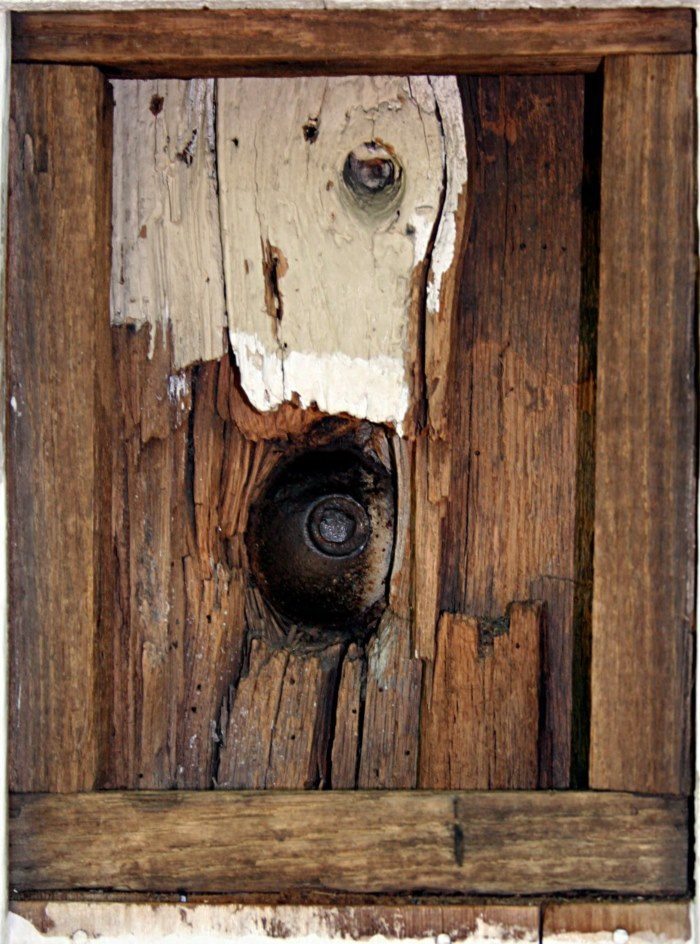 Cannonball in the wall of Keeler Tavern in Ridgefield, Connecticut shot by the British as they retreated after the raid on Danbury.

As soon as the British were in site, word spread through the countryside that an invasion was under way. Locals began hiding valuables, dispersing their livestock into the woods and even hiding their young boys because Tryon was known for taking them as slaves to work in New York's "sugar houses." Local militia leaders began rounding up their troops and Generals David Wooster, Benedict Arnold and Gold Silliman took charge of repelling the invasion.

The supply depot in Danbury was guarded by Colonel Joseph Platt Cooke with about 150 men. Unfortunately, General Silliman instructed Cooke to send many of his men to Fairfield, believing the attack would come there. Others from Cooke's unit went west to the Hudson because Tryon had sent a diversionary fleet up the Hudson to confuse the rebels, leaving Cooke with only a small contingent to guard the supply depot. 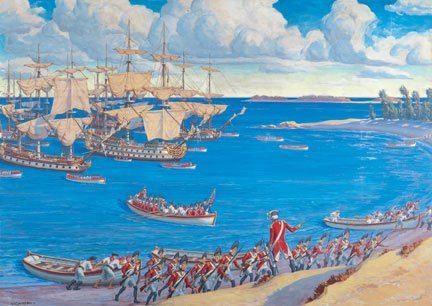 On the evening of April 26, Tryon's force marched into Danbury and quickly drove off Col. Cooke's small force. During the night and the next morning, British soldiers got drunk on local rum, pillaged the town, burned down buildings and homes owned by “rebels” and destroyed a vast supply of the patriots' stores, including 5,000 barrels of pork, molasses, flour and beef, 2,000 bushels of rice, 1,600 tents and more than 5,000 pairs of shoes.

The next day, as they marched back to the coast, the British were harassed by the militia in the same fashion the British were chased back to Boston after the Battle of Concord. Many of the militia were from Dutchess County, New York and had been rallied by the Paul Revere-esque midnight ride of 16 year old Sybil Ludington. General Wooster was mortally wounded during these skirmishes. The major fight occurred at Ridgefield, where Benedict Arnold's men were scattered in a fight down the town's main street and Arnold himself was injured when his horse was shot from underneath him.

The British finally reached the coast to return to New York, but with a heavy cost of nearly 200 killed, captured or wounded. The Americans had only 20 killed and 40-80 wounded. The Raid on Danbury and the Battle of Ridgefield would be tactical British victories, but the fierceness of the American response would prevent the British from attempting such inland raids with a landing force by sea again. In addition, the British incursion into their territory turned the hearts of many in Connecticut squarely against the British. Within a short time after the raid, nearly 3,000 Connecticut men joined the Connecticut Army and served in numerous battles of the Revolution to come.