The House of Commons passes the Tea Act

On this day in history, April 27, 1773, the House of Commons passes the Tea Act, an act which would lead to the Boston Tea Party and plunge Great Britain and her American colonies into war. The colonists in America had complained about taxes before. They did not mind paying taxes. Rather, their disagreement was with who had the authority to tax them. Since they had no representatives in Parliament, they believed it was unjust for Parliament to tax them. Instead, the proper bodies to tax them should be their own elected assemblies.

When the Stamp Act was passed in 1765, the colonists protested its taxes to the point of violence. When Parliament finally repealed the Act, it passed along with it an act called the Declaratory Act, which reaffirmed Parliament's right to tax the colonies in whatever way it saw fit. While most celebrated the repeal of the Stamp Act, some saw an ominous sign in the Declaratory Act of more taxes to come. 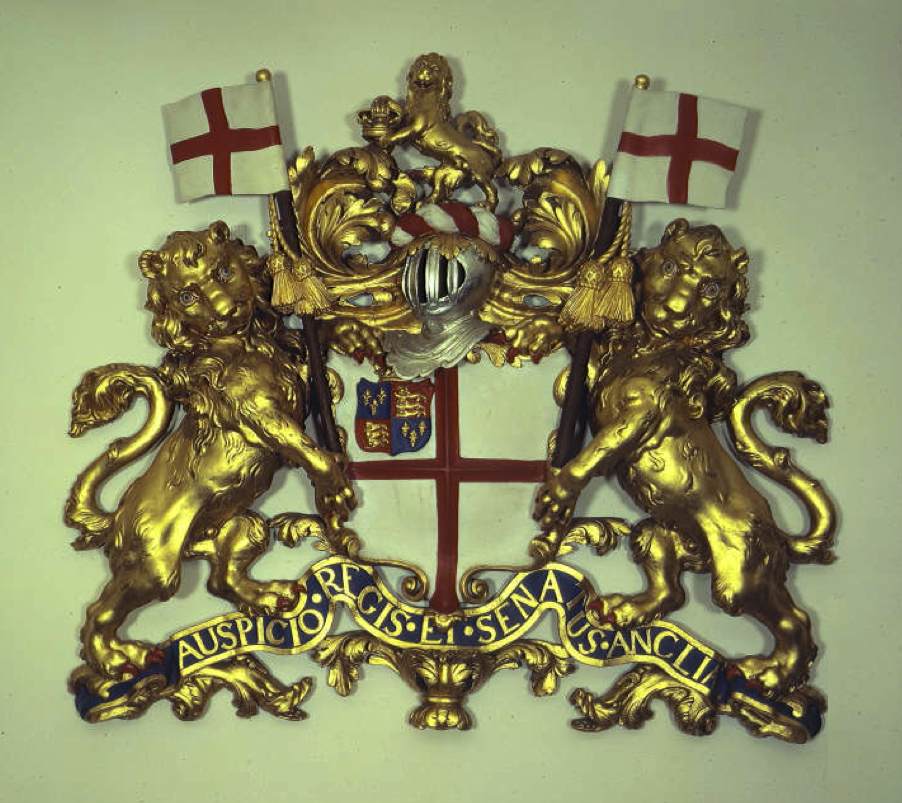 More taxes did indeed come with the Townshend Acts of 1767, which levied taxes on paper, lead, glass painters' colors and tea. The colonists responded by protesting and boycotting British goods as usual, forcing Parliament to repeal all of the Townshend Acts' taxes in 1770, except for the tax on tea, which the colonists continued to boycott. The boycott especially affected the British East India Company, which shipped tea from India to Britain and her colonies.

British policy forced the East India Company to ship tea to England first where it was taxed upon import. Then the tea had to be sold in London markets to merchants who shipped it to America where it was taxed again. The multiple taxes and the middlemen merchants caused the price of tea to be very high by the time it reached consumers in America. This opened up a large market for smuggled Dutch tea, which was much cheaper. By the early 1770s, the East India Company was struggling to survive, with warehouses full of tea it couldn't sell because its price was undercut in the colonies by Dutch tea. 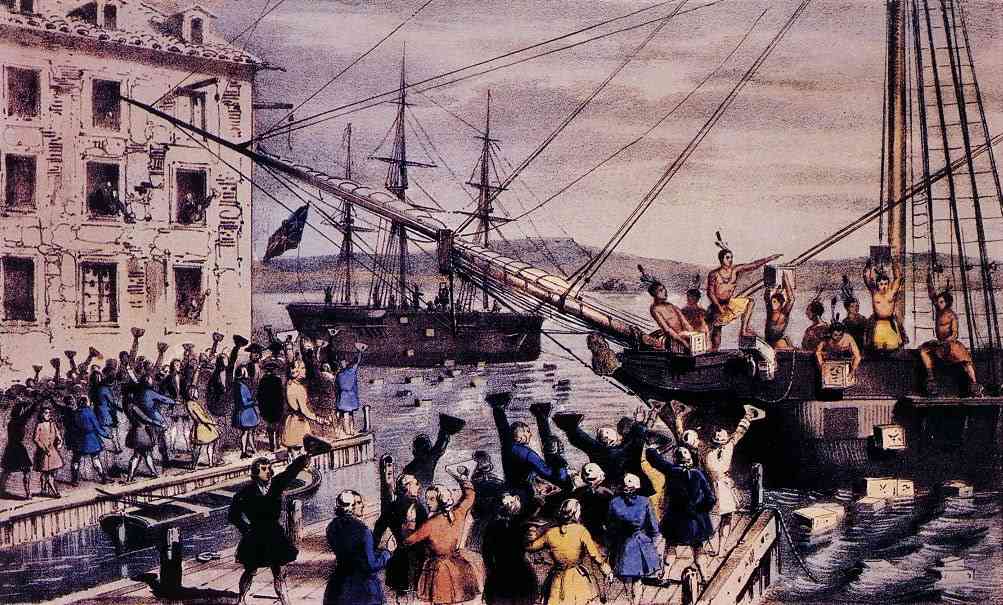 The Destruction of the Tea at Boston Harbor by Nathaniel Currier, 1846

In order to prevent the East India Company from going bankrupt, Parliament came up with a scheme called the Tea Act, first passed by the House of Commons on April 27, 1773 and passed into law with King George's signature on May 10. The Tea Act allowed the Company to ship tea directly to the colonies, bypassing the London middlemen and the London duties. The only tax that remained was on the colonies' end and that tax was quite small. This new scheme greatly reduced the price of British tea. If the colonists bought the lower priced tea, they would also be tacitly agreeing to the notion that Parliament did indeed have the right to tax them.

The colonists, however, no matter how small the tax, had no intention of paying unjust taxes to Britain. They recognized the scheme immediately as an attempt to bribe them into giving Parliament authority to tax them in exchange for cheap goods. The colonists responded by forbidding tea ships from entering their harbors, culminating with the Boston Tea Party, during which 42 tons of tea were dumped into Boston Harbor in protest.

Britain responded in force by passing the Coercive Acts, which closed Boston Harbor and shut down the Massachusetts government, until the tea was paid for. Known as the Intolerable Acts in the colonies, these Acts led directly to the formation of the First Continental Congress to plan a joint colonial response. The American Revolution broke out in full fury shortly afterwards.

Return to top of House of Commons passes the Tea Act