On this day in history, April 23, 1778, John Paul Jones attacks Whitehaven, England, the only attack of the American Revolution on the British homeland and the first successful invasion of England in more than 700 years.

John Paul Jones sailed from Brest, France on the USS Ranger on April 10, 1778, on a mission to harass British shipping. He first sailed to the Irish Sea and captured or sunk a few ships. Then he decided to make a bold attack on the city of Whitehaven, a major port he used to sail from as a boy (he was born in nearby Scotland). 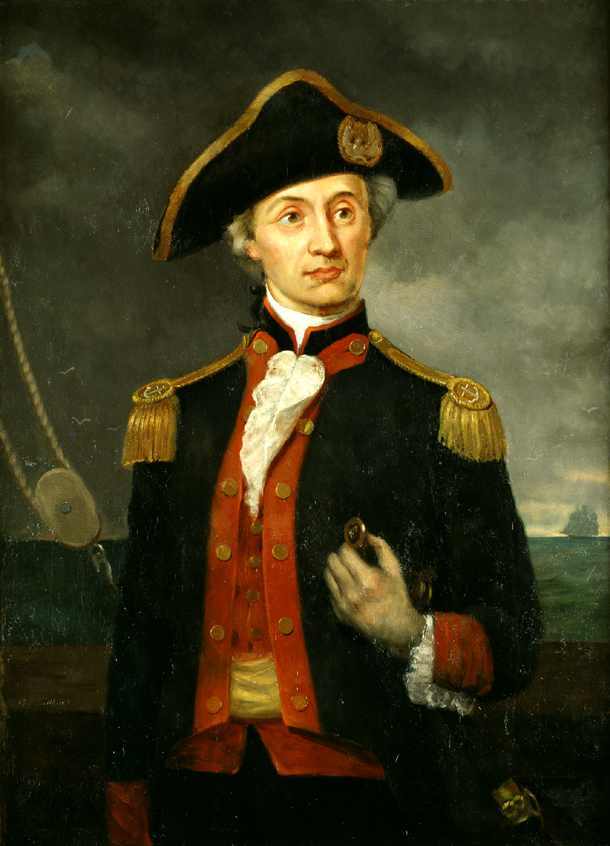 On the evening of the 22nd, Jones sailed to Whitehaven with the intention of burning a gigantic fleet of over 400 merchant ships grounded in the harbor due to the low tide. The ships were stuck in low water and anchored very close together. A fire could easily be spread by the wind through the rigging of the ships and burn the entire fleet.

Jones put 30 men into two small boats and rowed toward the shore. Two forts guarded the entrance to the harbor. Jones' boat headed toward the southern fort, while the other ship headed to the northern fort. Each ship was supposed to capture its fort, then set the nearby ships ablaze.

Heavy winds caused the short journey to shore to last for hours. The sun was already coming up on the 23rd when Jones reached his fort. He quickly captured the small security force and began to spike the cannons to prevent them from being used against them on their retreat. He sent the others to burn the ships, but their only light had gone out and they were forced to get a light from a nearby house. The small force boarded the nearest ship, called the Thompson, captured its crew and set the ship on fire. The under parts of the ship were soon in flames and Jones' sailors threw "matches" made of canvas and sulphur onto other nearby ships. 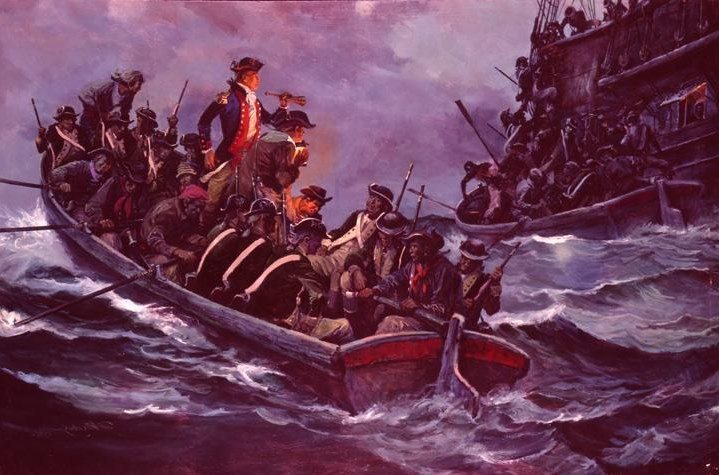 Click to enlarge
Attack on Whitehaven
by Charles Waterhouse

When the other boat from the Ranger landed at the northern fort, the sailors went into a nearby pub and helped themselves to the liquor. By the time they came out, the sun was already shining and their light had also gone out. Rather than getting another light and trying to set the ships ablaze, they abandoned their mission and rowed back to the Ranger.

After both boats arrived back at the Ranger, Jones sailed to the opposite side of the small bay and landed at Kirkcudbright, Scotland where he hoped to kidnap the Earl of Selkirk. The Earl was gone, however, so he took the Earl's silver dishes right off the breakfast table of the Earl's wife, just to prove he was there.

The entire Whitehaven raid caused little damage to the British mainland in the end. It did, however, have a major impact on the British consciousness. Britons realized their island was not safe from attack and that their navy was not invincible. Great strides were made across England to strengthen harbor defenses and increase the size of local militia groups to deal with future attacks. John Paul Jones was celebrated in America after the attack, but excoriated as a villainous pirate in England. He would go on to perform other exploits in the war, including the taking of the HMS Serapis at the Battle of Flamborough Head, and be celebrated as one of America's greatest naval heroes.