On this day in history, March 1, 1780, Pennsylvania begins a gradual abolition of slavery, becoming the first state to make official efforts to abolish slavery. The act, called An Act for the Gradual Abolition of Slavery, did not eliminate slavery all at once. Instead, it gradually reduced slavery through natural death, banning future imports of slaves and freeing newborn children of slaves.

The citizens of Vermont had included anti-slavery language in their Constitution of 1777, but Vermont was not a state. For example, there were no signers of the Declaration of Independence or representatives to the Continental Congress from Vermont. Vermont had always been part of New York. Instead, Vermont remained an independent republic until 1791 when it became the 14th state. Pennsylvania, on the other hand, was the first of the original thirteen colonies to make efforts to abolish slavery. 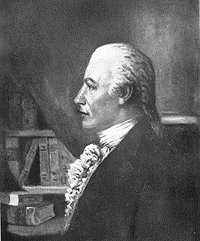 People today may have a hard time understanding why slavery would be reduced gradually. If it was evil and should be abolished, then why not just abolish it completely? We have to remember that only some people wanted to abolish slavery. Others, however, were invested somehow or other in the institution of slavery and didn't want it to go away. In a democratic society, voting representatives of the people must make compromises in order to govern. If you have a governing body of 100 members and 51 of them want to keep slavery and 49 want to abolish it, the majority wins. 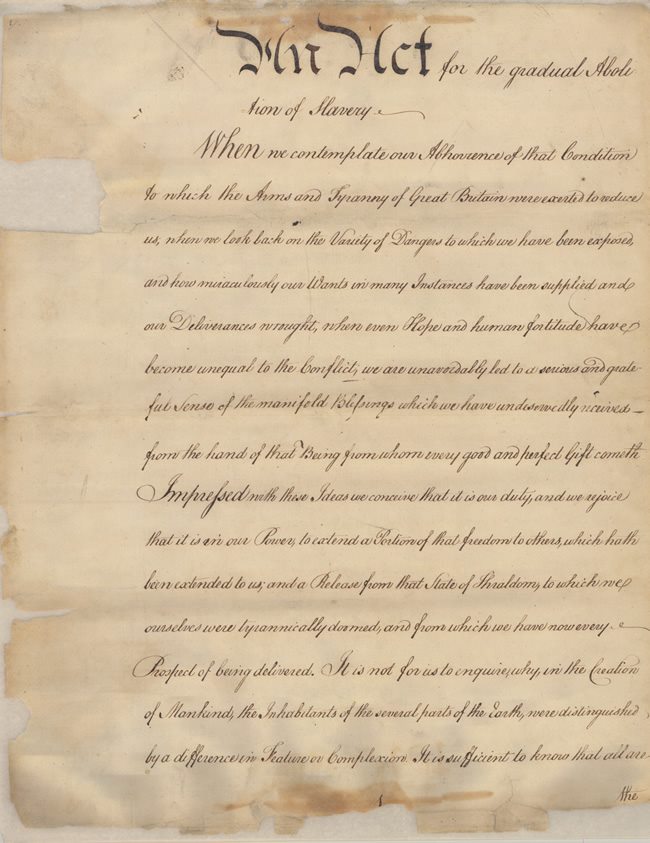 An Act for the Gradual Abolition of Slavery

Anti-slavery legislators saw a crack in slavery's armor, however. Measures that fell short of complete abolition, such as giving freedom to newborn children of slaves, banning future imports of foreign slaves, or allowing slaves to purchase their freedom, were more palatable to more people. They could get the votes for some of these intermediary measures. Passing these measures would chip away at the institution and eventually it would fail altogether. So, while some people interpret passing measures that only granted partial freedoms to slaves as "shameful" or "cowardly," in actuality, they were doing all they could to abolish the institution in bite-sized pieces at a time.

The Pennsylvania law did just this. It prohibited anyone from importing slaves into the state. It created a "slave registry" in order to verify compliance. All slave owners had to register their slaves every year. Any blacks not registered were automatically considered free. Any slaves not properly registered by their owners were given their freedom.

In addition, the act gave freedom to newborn children of slaves, not complete freedom, however. Instead, newborn children of slaves were given the status of indentured servants, meaning they had to work for their owner until the age of 28, at which time they were granted complete freedom. They also had to be equipped with certain things from their owner at the time of their emancipation, such as tools for whatever trade they worked in. People born into slavery before 1780, however, remained slaves.

An amendment was made to the act in 1788 to close some loopholes, but generally, the act accomplished its intended effect. By 1800, the number of slaves in Pennsylvania had dropped to only 1,706. By 1840, there were only 64 elderly black slaves left in the state and these were all set free by an act of the legislature in 1847.