The Battle of the Rice Boats begins

On this day in history, March 2, 1776, the Battle of the Rice Boats begins. After the Battles of Lexington and Concord, the British army retreated to Boston and was held captive there by the Continental Army for almost an entire year. Troops in the city could only get in or out or get supplies by sea. In December of 1775, a fleet was sent to Georgia to buy rice and provisions for the isolated troops.

When the ships began arriving in Georgia in January, the local patriots were alarmed, thinking they had come to capture Savannah. They immediately arrested the Royal Governor, James Wright and put him under house arrest. Wright, however, escaped on the evening of February 11 and made his way to the HMS Scarborough on the coast where he took up residence. 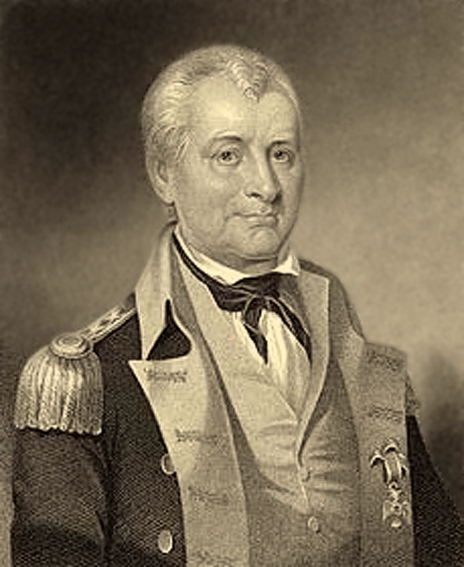 For the next month, he attempted to negotiate with the Provincial Committee of Safety and was able to buy some supplies for the immediate needs of the fleet. The larger mission, however, of buying much needed supplies for the troops in Boston was at a standstill. Local merchants had agreed to a continent-wide ban on trade with the British in protest against British policies and actions. The agreement not to trade with the British would end on March 1, however, and that's when the British made their move. 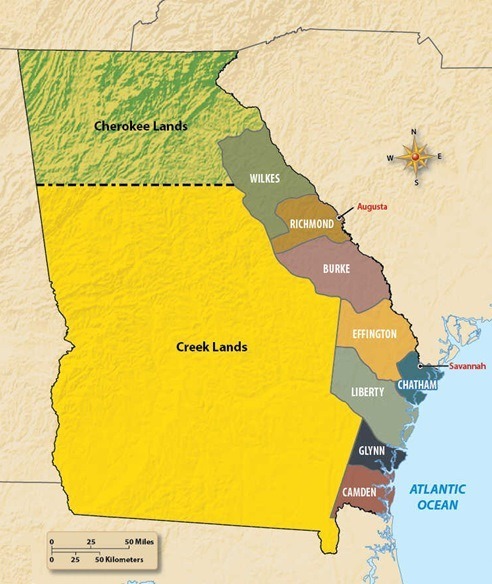 Colonial Georgia, 1777 Notice how the settlements are confined to the coast and along the South Carolina border. The rest of modern day Georgia was all Indian territory.

They had already talked with the owners of some of the rice stored on boats at Savannah who agreed to sell their rice on March 1 when the non-trade agreement ended. On that day, several ships of the fleet sailed up the Savannah River from the coast. The local militia, who had taken up positions around the town, assumed they were attempting to take Savannah and fired on one of the ships, beginning the Battle of the Rice Boats.

During the night of March 2, soldiers snuck onto several of the rice boats, but word did not get out until the next morning when some of the rice boat hands got away and warned Colonel Lachlan McIntosh of the Georgia militia. McIntosh sent a negotiating party, but they were arrested. He sent a second party that was fired on and at this point he began raining cannon and gun fire down on the ships from the nearby Yamacraw Bluff in a gunfight that lasted four hours. For this reason, the battle is also called the Battle of Yamacraw Bluff.

The Committee of Safety met during the gun battle and decided the rice boats had to be destroyed to prevent the British from getting the supplies. They lighted the supply ship Inverness on fire, loaded it with explosives and set it on course to crash with the other occupied boats. As it approached the other boats, their British occupiers jumped overboard to escape. Three other rice boats were caught on fire and burned into the night. Two ships escaped upriver, but their crews were caught. Twelve rice boats, however, escaped downriver, were captured by the fleet on the coast and their provisions confiscated.

On March 30, having accomplished their mission, the fleet set sail from Georgia with Governor Wright aboard, ending British rule in Georgia for the time being. The city would be retaken again, however, in 1778. The fleet, which was intended to supply the troops in Boston, was diverted when it was learned the British had abandoned the town. They first went to Newport, Rhode Island where the local militia fired on them when they tried to land and eventually ended up joining the British in Nova Scotia.